Mercedes-Benz takes great pleasure in calling itself the future of the automobile and at the ongoing Consumer Electronics Show, the German carmaker has shown one of its steps into the future of autonomous cars. Called the F 015 Luxury In Motion (yes, that is the full name of the concept), the vehicle is an egg-shaped pod with suicide doors that open like an old-school carriage.

Going with the current theme used in Mercedes-Benz cars, there is a diamond grille too, but on the F 015, it lights up and chooses colour depending on the driving mode - blue when its driving autonomously, or white when a human is driving it. This is to let the outside world - pedestrians and law enforcement agencies - know who is in control. It is an important subject now for self-driven cars as a common ground needs to be reached on how the responsibilities would be handled in the event of an accident or traffic offence. Building further on these concerns, Mercedes-Benz top boss, Dieter Zetsche, added that though self-driven cars are programmed to avoids accidents, the question still remains on whether the car should decide to swerve onto a pavement or off the road to avoid an imminent accident. Dr. Zetche adds that these are open questions and can only be addressed by the industry as a whole. 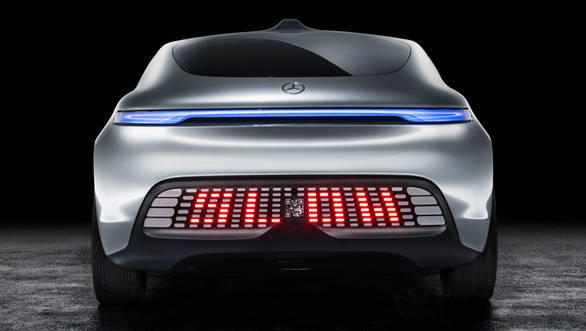 As far as the cabin goes, the F 015 features a spacious one with no switches, arm-rests or transmission tunnel. It has a flat wooden floor and lounge-like seats, which like most concepts of recent times, can swivel to face each other if required. They also move closer to the door when they open, to make ingress and egress easier.

The doors feature screens on the inside and can display information and various views of the surroundings outside the car. The dashboard is made up of a large seamless display that takes care of the infotainment for the front seats and all the screens and controls in the F 015 can be used with hand and eye gestures. 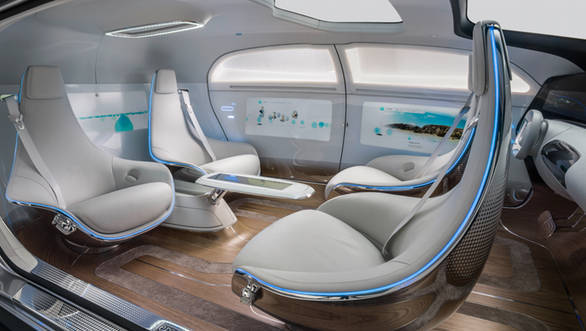 The cabin features seats that can swivel to face each other

The F 015 makes excessive use of carbonfibre reinforced plastic (CFRP) and is powered by an evolution of the hydrogen fuel-cell propulsion system that was seen in the F 125 concept in 2011. 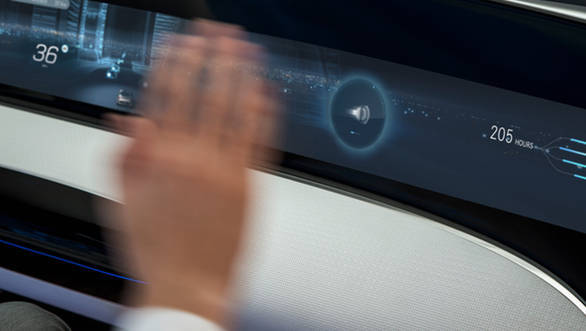 More from OVERDRIVE on driverless technology at the 2015 CES : 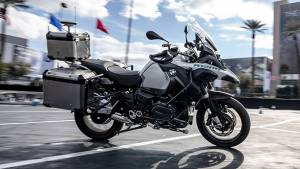 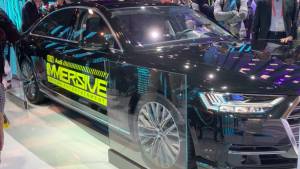 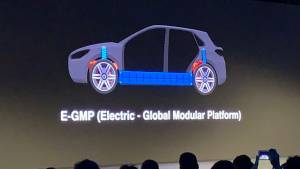