McLaren begins production of the 570S

British supercar manufacturer McLaren Automotive has begun production of the first car in its new Sports Series, the 570S, at the McLaren Production Centre in England. The company will launch the 540C coupe and another body style later.

At first glance, the 570S looks like its elder sibling, the P1 hypercar. The 570S gets McLaren's Sports Aero pack that comprises of a new diffuser, front splitter and side skirts. The company also claims that the 570S' chassis is more driver-focussed than the 540C. The car is designed in such a way that it generates 8kg of downforce. The McLaren 570S also gets LED head and tail lamps and lightweight forged alloy wheels that add to the premium appeal, says Mclaren. 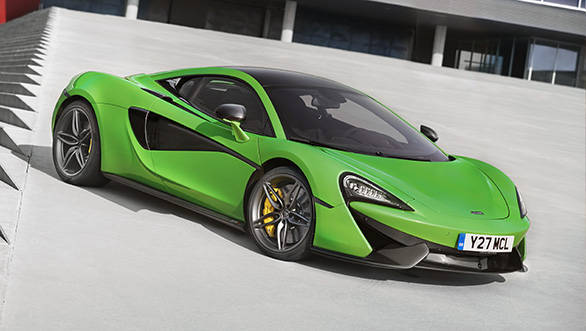 It gets a 3.8-litre twin turbo V8 engine that makes 570PS and 600Nm of torque and the company claims a top speed of 328kmph. The car sprints from 0-160kmph in 6.3 seconds, says McLaren. The engine is mated to 7-speed, seamless shift gearbox. Expectedly, the McLaren 570S gets a host of electronic driver aids such as the Active Dynamics panel (ADP) which, in essence, allows the driver to control engine, transmission and suspension settings.

Speaking about the new 570S and McLaren Automotive's Sports Series, Jolyon Nash, executive director, sales and marketing, McLaren Automotive said, "The start of production of the new Sports Series cars is a pivotal moment for McLaren Automotive. In our short history, we have produced a range of supercars and hypercars targeted at a core, enthusiast buyer. Since 2011, our sales have increased year-on-year with corresponding developments in revenues and profits. The Sports Series is targeted towards a new buyer and opens McLaren up to the sportscar market that we have not served to date. The buyer of a Sports Series model will still experience the benchmark performance and driver engagement delivered by every McLaren model, but will also notice the increased usability and practicality that differentiates it from our existing cars. In addition, the Sports Series will make a significant contribution to the long-term sustainability of the company.'

McLaren has already begun accepting orders and has dispatched cars to dealers in the UK. 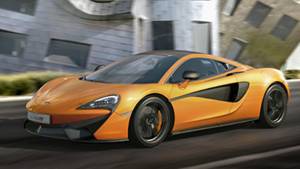