Maxxis Rubber India Pvt Ltd India has opened its first tyre manufacturing facility in the country at Sanand, Gujarat. The Maxxis Tyre India plant has been inaugurated by Gujarat chief  minister Vijay Rupani. Representatives of tge Taiwanese company including Maxxis International chairman Tsai-Jen Lo, Maxxis Tyres India president Cheng Yao Liao, and Maxxis India commercial head and president Gary Liou were also present at the event. Maxxis Tyres ranks 9th in the world among tyre makers and is also the the number 1 tyre manufacturer in  the world for two-whelers.  The Maxxis brand also enjoys popularity among off-road  enthusiasts. Maxxis aims for 15 per cent market share in India in the next 5 years. 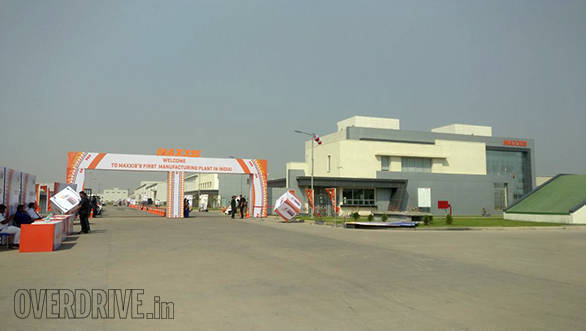 Maxxis began operations in India in 2015 and has built built the plant at a cost of Rs 2,640 crore. Production at the facility began in August 2017. The plant is spread over an area of 106 acres. Liou told OVERDRIVE that the plant is very important to Maxxis internationally as it is the western-most plant location for the company, with all others located in the South East Asia region. The Sanand plant will help ensure a better reach to the middle East and African nations, as well as Europe and America in the future. At the moment, the plant will only make tyres for local consumption.

Addressing the event, Rupani said that having a Taiwanese tyre manufacturer come to Gujarat is a great opportunity to strengthen ties between the state and Taiwan. He emphasised on the need for further localisation by urging Maxxis to work with the Gujarat forest department and explore the possibility of locally growing the rubber needed to make tyres. Rupani also said that the state has attracted as much as $2 billion in investments from automobile manufacturers as wells allied industries by 2018.

Maxxis Tyres India will initially only manufacture tyres for scooters at the Sanand facility, and switch to making tyres for any other two-wheeler as needed. The plant has a total capacity of manufacturing 60,000 tyres per day and 40,000 tyre tubes. Of this, the first phase production capacity of 20,000 tyres and 40,000 tubes is ready at the moment. 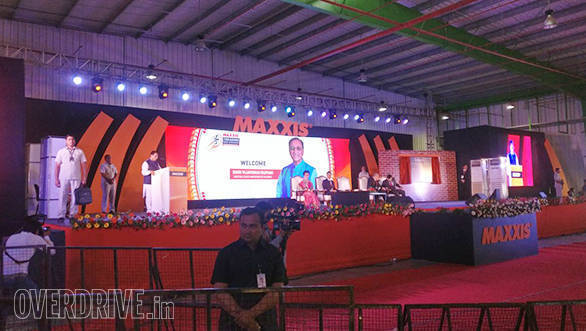 The remainder capacity will be initiated in two phases in coming years. Maxxis has already been the OEM supplier of tyres for Honda 2Wheeler India and its most popular product, the Activa since 2015. In addition, Me accidental also provides tyres as OEM supplier to Maruti Suzuki India, Mahindra & Mahindra, Tata Motors, and Jeep India.

Globally, Maxxis has presence in 180 countries with 21 manufacturing facilities, and 5 R&D centres.