Maruti Suzuki has announced that its latest launch, the Vitara Brezza, has received over 2,600 bookings in India. The company had begun accepting bookings in February, 2016. The compact SUV is an important vehicle for Maruti Suzuki, and is the reason why it chose its regular network of dealers, to reach a wider audience, instead of the premium Nexa dealerships. 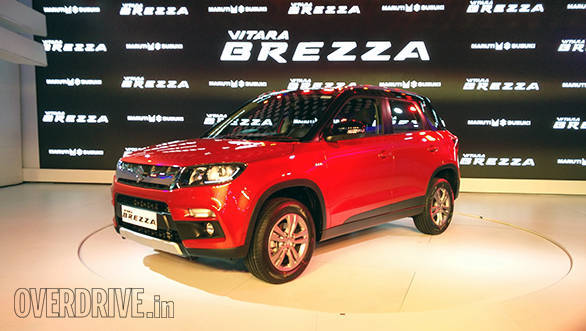 All variants of the Maruti Suzuki Vitara Brezza will get a driver side airbag as standard. The optional trim on the L and V specs will add a passenger side airbag along with ABS and EBD. The top spec, Z variants gets all of these. The Z+ trim, in addition, gets projector headlamps, DRLs, 16-inch alloy wheels, Smartplay infotainment system, cruise control and keyless entry and go.

The company also said that it intends to manufacture 80,000 units of the Vitara Brezza in a year. It is also looking to ramp up capacity to a lakh units, if the demand arises.

Watch this space for a detailed first drive review of the Vitara Brezza and find out how it stacks up against the competition.

For more stories from OVERDRIVE on the Maruti Suzuki Vitara Brezza, click here or select the individual stories below

Features comparison of the Vitara Brezza

Vitara Brezza likely to have a starting price of Rs 5.8 lakh