Mahindra has officially announced that they will compete in the all new Formula E Championship starting in 2014. The Indian manufacturer is the eighth team to be announced, out of a targeted 10 teams, to compete in the all-electric FIA-backed championship. The initiative will be Mahindra Racing's first foray into car racing and will be headed by SP Shukla, Chairman Mahindra Racing and President - Group Strategy. 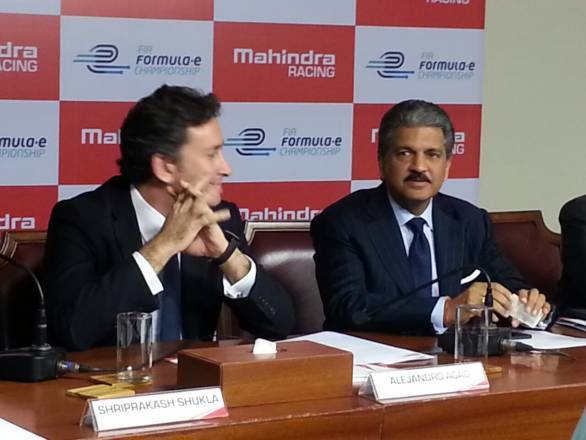 Why is Mahindra competing in the Formula E championship, though? Well, the series that will be run by Formula E Holdings promises to push teams towards developing technology in various areas - battery, electric motor and charging technology. While during the first year the championship will practically run as a one-make series, with Dallara supplying the chassis, Williams the battery, McLaren the powertrain and Spark Racing and Renault responsible for putting the car together, in the future teams will have to develop their own cars. According to Mahindra, they plan to learn as much as possible during the first year of the series and then use this experience to further develop their own technology. However, Mahindra did not commit as to when they would use their own electric technology in the series. Of course, electric racing will help the company develop the next generation EV tech for Mahindra Reva's future cars, which means the company's portfolio could expand beyond just the current e20.

The 10-round Formula E championship will be held in major cities across the world, starting with Beijing on the 20th of September, 2014 and ending with London on the 27th of June, 2015. Other cities on the calendar include Putrajaya, Hong Kong, Punta del Este, Buenes Aires, Los Angeles, Miami, Monte Carlo and Berlin.

Formula E has already genereated significant interest globally, says the series promoter Formula E Holdings. According to a report by Ernst and Young the series will contribute to an additional sale of 77 million electric vehicles worldwide over the next 25 years.

As for Mahindra, it will be a test bed for its electric journey. Mahindra believes this move, besides cementing the company's commitment towards electric mobility, will also help its engineers to understand how to use electric power not just for speed, but for longevity and range.