Lotus has revealed details of its first superbike, the C-01. Although Lotus has not actually made the bike, it is a product of Germany's Kodewa Performance Motorcycles and tuner Holzer Group. This awesome looking bike has been designed by Daniel Simon, who has worked for Bugatti and Volkswagen. He has also worked in Hollywood and has designed vehicles for various films including  Tron:Legacy, Prometheus and Oblivion. It is expected that this motorcycle will go in to production in a few months. 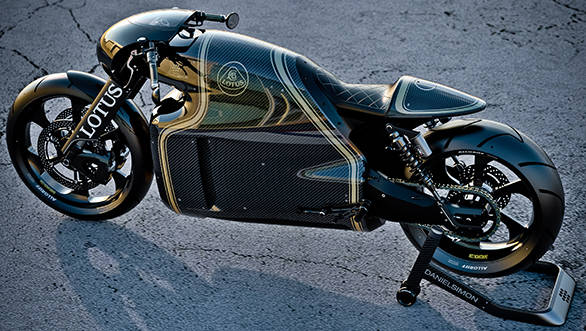 The bike's body is made of steel, titanium and carbon-fibre. Propulsion is via a liquid cooled, two-cylinder, four stroke, 1195cc V-Twin engine. Power produced is a claimed 200PS and is delivered via a six-speed jaw-type shift transmission. With a total dry weight of 181kg, the C-01 has an amazing power-weight ratio of 1105PS /ton ensuring phenomenal straight line performance. All that speed is reined in by four piston calipers biting at twin 320mm discs up front and a twin piston caliper chewing on a single 220mm disc at the rear. Wheelbase is longer than usual at 1651mm and with dimensions like those given in the press release below,  the bike may not give racetrack handling performance. Suspension setup consists of USD forks at front and twin gas damped struts at the rear.  Tyres on the front are 120/70 ZR19 while the rear is shod with 190/55 ZR17. The fuel tank capacity is 10.5l. 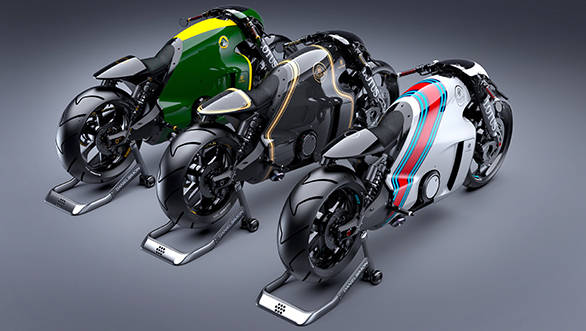 This will be a very rare bike with Lotus intending to produce only 100 specimens. 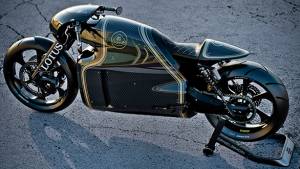