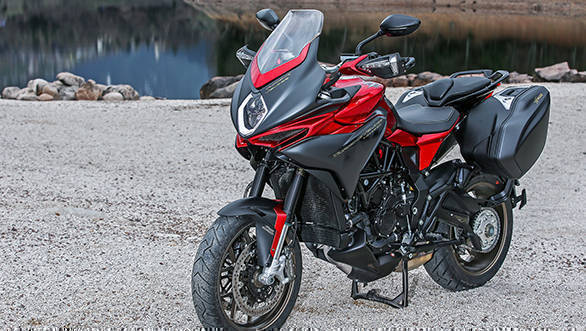 The Turismo Veloce 800 gets an 800cc engine that puts out 111PS and 83Nm of torque. Other cycle parts include twin-disc brake setup in front and a single disc mounted on a single-sided swingarm. The motorcycle gets rider aids as well in the form of ABS and eight-level traction control. 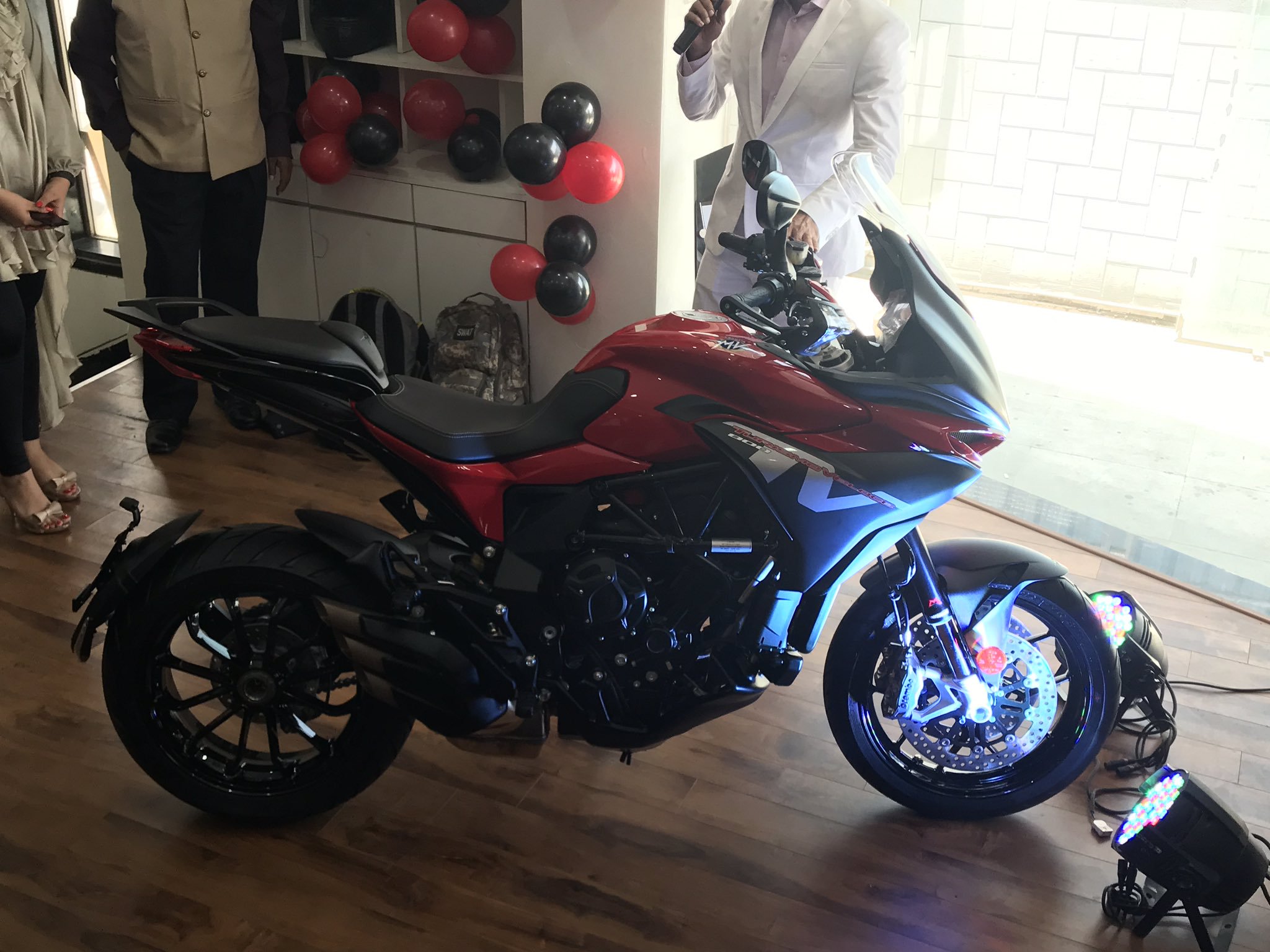 Motoroyale will also inaugurate it's first international dealership in Bhutan next month. MotoRoayale will open its 8th and 9th dealerships next month And that’s the big reason for us to be here. What lies under that cover is the MV Agusta Veloce Turismo 800 that will be unveiled shortly. We are at the launch of the new MotoRoyale dealership in Mumbai. However, there’s a bigger and more important reason for us to be here. Aug 29, 12:21 PM (IST)
We are at the launch of MVAgusta Turismo Veloce 800 at the MotoRoyale dealership in Navi Mumbai

The side profile exposes the bits of its trellis frame and the subframe mounts the split seat. 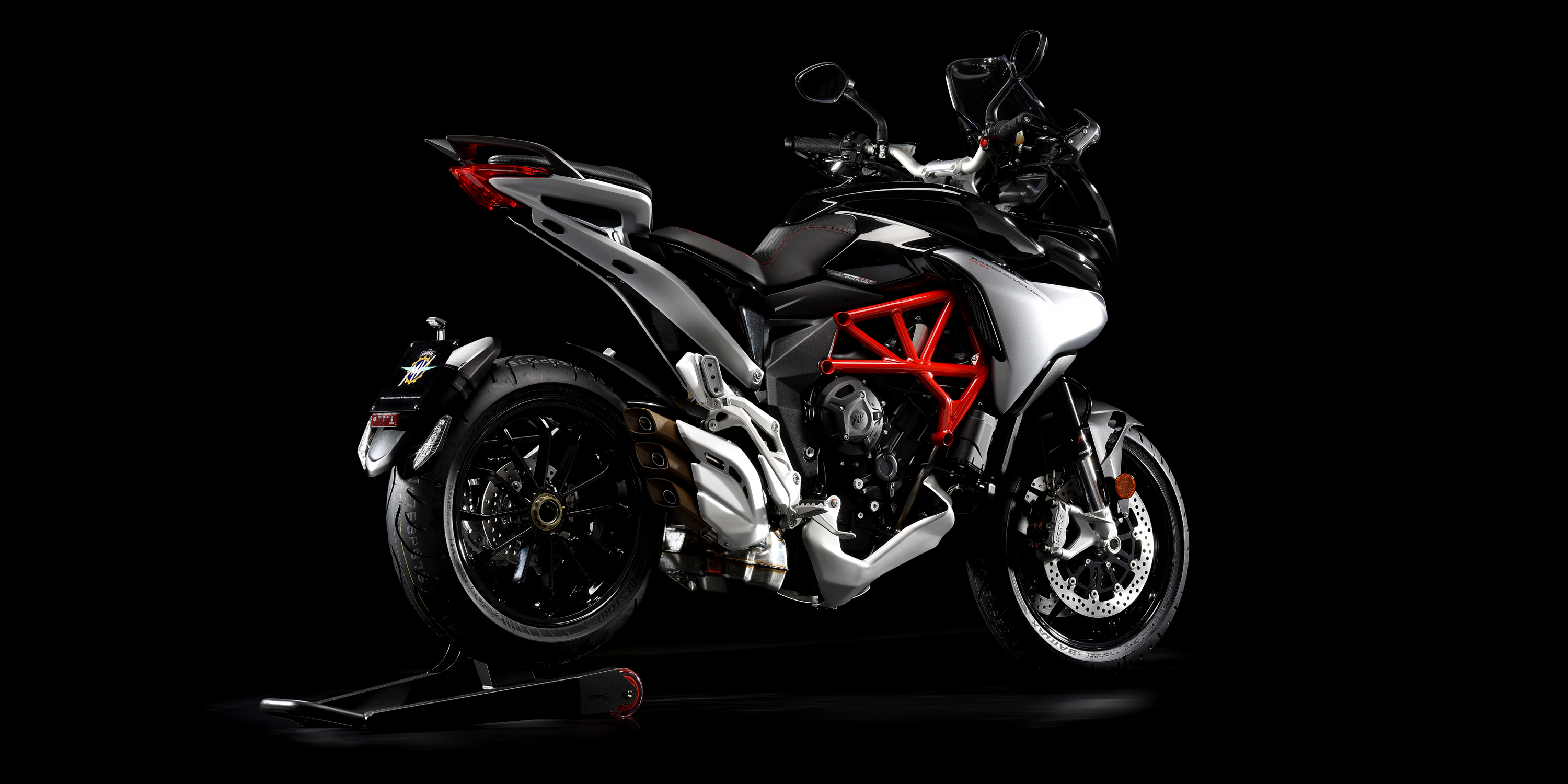 The styling is true to the family design and the fascia is reminiscent of their supersport F3. However, the engine comes in a detuned state for more touring friendly performance.

The Turismo Veloce shares its engine with the MV Agusta F3