Land Rover has updated the Discovery full-size SUV, bringing it line with advancements debuted on the new Defender. While styling itself is only subtly tweaked, with a new grille, bumpers and light signatures front and rear, the cabin upgrades include Land Rover's latest Pivi Pro infotainment with over-the-air upgradeability, and the ClearSight inner rearview camera and Groundview under-hood camera systems, complementing the 360-degree camera. The fifth-gen Discovery facelift also packs a set of mild-hybrid powertrains - 3-litre, six-cylinder petrol and diesels with 48V assistance for better efficiency, apart from the 2-litre, four-cylinder petrol. 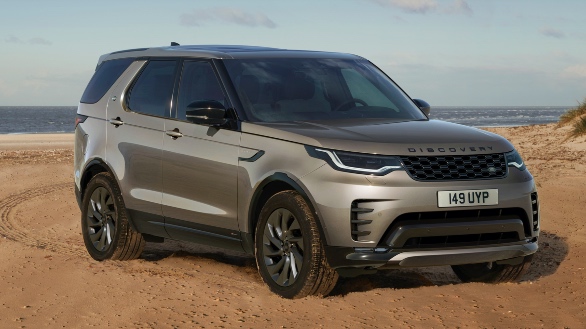 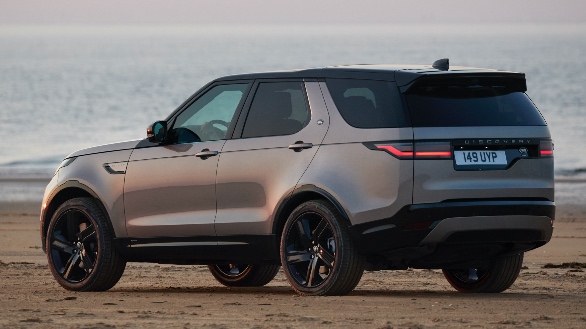 Telling the 2021 Discovery facelift from the pre-facelift model will take a keen eye, but the single-piece grille is the biggest giveaway, with redesigned LED light signature elements within the restyled housings, both front and rear and the addition of LED Matrix tech on top-end variants. New bumpers join the party, which is especially noticeable in the new R-Dynamic trim that's been added to the range. The Discovery retains the fifth-gen's signature styling elements, like its stepped hood, stepped roof and distinctive C-pillar. Despite the substantial rear overhangs, the Discovery still boasts some impressive off-road numbers, including 900mm of water wading capabilities, 34-degree approach and 30-degree departure angles, with 27.5-degree in break-over capability. 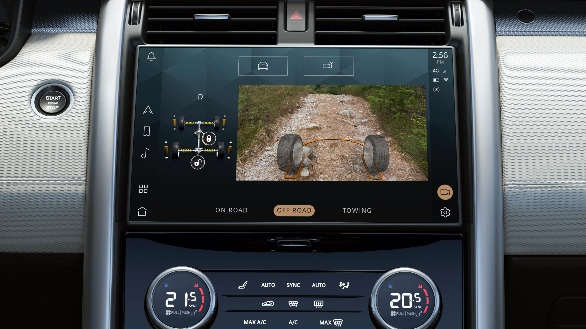 The Discovery brings the most comprehensive updates in its cabin, with a new steering wheel design, and haptic-enabled steering-mounted controls, apart from a toggle-style gear selector, physical climate controls, more comfortable seat cushioning, and a switch to the Pivi Pro infotainment that debuted on the Defender. The 11.4-inch touchscreen is said to be 40 per cent larger than the previous screen, and combined with the 12.3-inch digital instrumentation and head-up display, the Discovery's range of displaying information has been vastly improved. A PM2.5 smart air-filter is also built-in, while the second row AC vents have been repositioned for better ventilation. Interestingly, Land Rover classifies the ClearSight inner rearview camera and Groundsight under-hood cameras as part of the advanced driver assistance systems. Cargo space with all three rows in place stands at 258-litres, going up to 1,231-litres with the third row folded (electrically folding), and 2,485-litres with the second row folded. 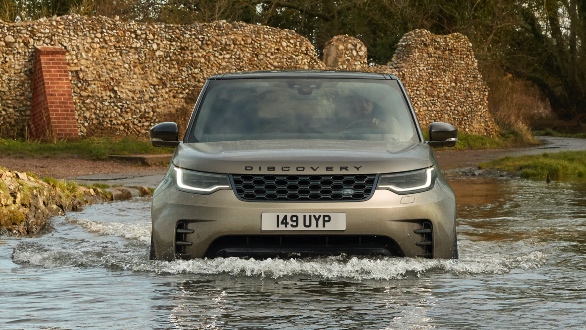 For the Discovery facelift, air suspension has been made standard, offering up to 115mm of wheel travel through the various drive modes, for up to 283mm of ground clearance in its Off-road setting. Land Rover's updated Terrain Response 2 system is also available. Of the previously available engine lineup, only the 2-litre, four-cylinder P300 petrol (300PS/400Nm) is carried forward, with the 3-litre, inline six-cylinder petrol (360PS/500Nm) and diesel (250PS/570Nm) Ingenium motors gaining mild-hybrid assistance and being put into duty. All engines are mated to an 8-speed torque convertor automatic.