Land Rover has been associated with Sir Richard Branson's Virgin Galactic enterprise to bring commercial space flight to non-professional astronauts since 2014, and with the successful Unity22 mission becoming the first fully-crewed space flight, Land Rover takes another step for mankind. Understandably the brand's association is so far limited to on-ground activities, with Branson arriving for the mission at the Spaceport America runway in New Mexico, in a Range Rover Astronaut Edition. Somewhat more fittingly, upon the successful completion of the space flight around the Earth with four mission specialists and two pilots on board, the SpaceShipUnityTwo aircraft was towed down the runway after landing by a Land Rover Defender 110. 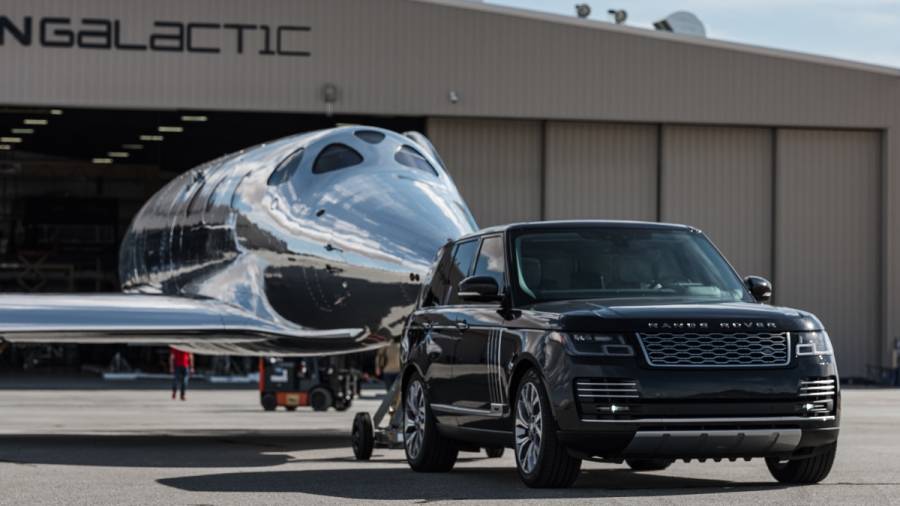 Interestingly, the Range Rover Astronaut Edition, unveiled in 2019 with exclusive Zero Gravity Blue paint and a bespoke puddle lamp design and badges, will be exclusively offered to customers of Virgin Galactic, the world's first commercial "spaceline". Virgin Galactic claims over 600 customers have already signed up for flights in space - 'Future Astronauts' as they're called, though how many special edition commemorative Range Rovers will be built is uncertain. Land Rover had recently extended its partnership with Virgin Galactic to 2024.