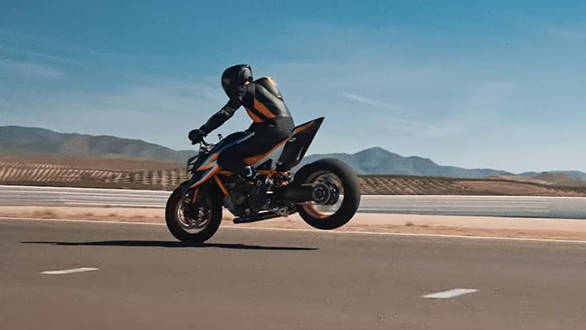 The glimpse shows the overall styling of the motorcycle but the prototype misses out on elements such as the LED head and taillamps, TFT screen for the instrument cluster, rearview mirrors. For that, KTM has us waiting until the EICMA unveil. 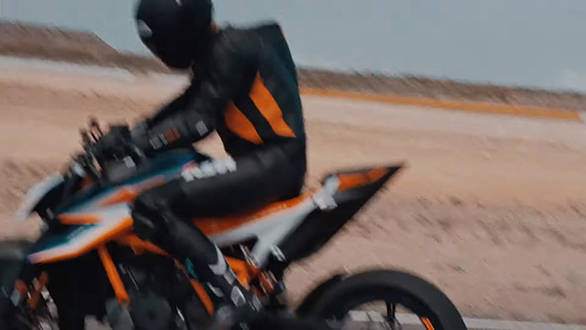 The panels on the tank appear slimmer than the current 1290 Duke R and sport an edgy design. Similarly, the tail section seems shorter which is the courtesy of an all-new cast-aluminium subframe mounted on the trellis frame - that uses the engine as a stressed member. Along with the styling, what is updated is the graphic and colour scheme on the new 1290 Duke R. 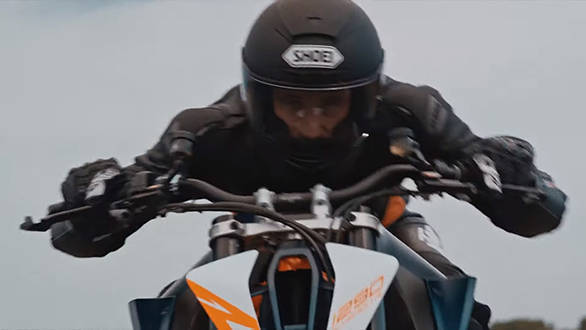 The engine on offer is likely to be the same 1,103cc V-twin but with revisions to meet the new EURO 5 emission norms. Power output is expected to be hiked closer to the 200PS mark. With the added power figures, KTM is will equip the 1290 Duke R with the upgraded electronic suit such as a more sophisticated cornering ABS, traction control and wheelie control system. Post its unveil the KTM 1290 Duke R will come inline with the Ducati Streetfighter V4 that recently broke cover at the 2019 Ducati World Premiere and the Kawasaki Z H2 that was unveiled at the 2019 Tokyo Motor Show.