Koenigsegg Agera One:1 to be the worlds first megacar, unveil at Geneva

Koenigsegg will turn 20 this year and to celebrate the realization of a dream, the Swedish manufacturer will be unveiling the world's first megacar  the One:1. The car weighs 1340kgs and has 1340PS (1 Megawatt) of power, hence the name One:1. This car has achieved the previously unachievable power to weight ratio of 1:1, which is considered the ideal for best performance. 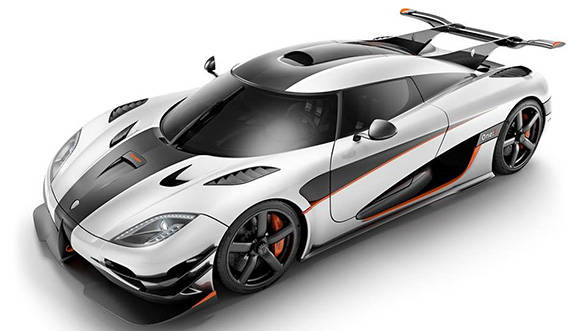 This "mega" car from the Angelholm based manufacturer is powered by an all-aluminium 5.0litre, custom twin turbo V8 producing an unreal 1340PS of max output and spine chilling 1370Nm of torque. A 7-speed dual-clutch transmission along with an electronic differential transmits all this power to the road. While the company has not released the 0-100kmph details it has however said that 0-400kmph mark will come up in a claimed 20 seconds. The megacar was designed with the track in mind but with the technology put in to it, is expected to become the world's fastest homologated production car with a simulated top speed in excess of 440kmph.

The car is made to be as light as possible with every effort put in to ensure that those un-needed grams are carved away from any area wherever possible. The variable turbo housing and titanium exhaust end piece are 3D printed which saves weight and the carbon fibre chassis is also made 20 per cent lighter by the use of high modulus fibres. 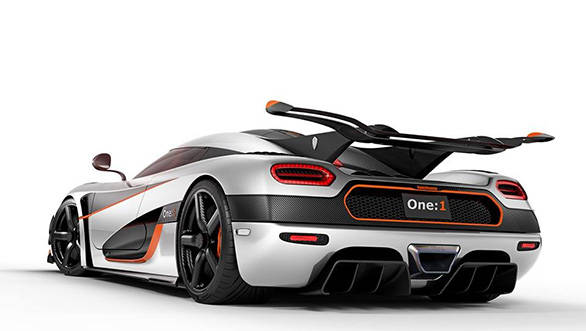 The handling dynamics are honed with active ride height adjustment, adjustable shock absorbers and adjustable spring ratio stiffness. A fully active aero setup includes left and right front flaps independently located under the front splitter and a top mounted hydraulically actuated dual plane rear wing. The car is capable of coping up with 2G  lateral force when fitted with legal production cup tyres. A phenomenal 610kg of down force is produced by the use of active under and over body aero design.

Interiors get carbon-fibre ventilated racing seats with a padding of memory foam. 3G connection for performance, telemetry, lap times and software upgrades as well as a separate i-phone application. Active noise cancelling seat option and 3G/GPS controlled Predictive Active Chassis and Aero Track Modes are some of the other advanced features.

Further details will be revealed at Geneva. Koenigsegg says that all the six examples which will be produced have already found buyers even before the car's debut. 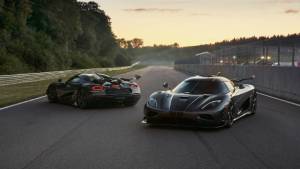