Kawasaki Vulcan 650 S to launch in India soon, five things that you should know

Kawasaki India recently released a teaser image of an upcoming motorcycle on its website. Once you join the jigsaw puzzle, it can be seen that the upcoming motorcycle is the Kawasaki Vulcan 650 S cruiser. Kawasaki globally debuted the Vulcan 650 cruiser in the second half of 2015. Internationally, the V 650 S competes with the likes of the Honda CTX700N and the Triumph America. Kawasaki India has still not announced the launch date of the Vulcan, however the company dealerships have already started accepting bookings for the cruiser. We believe Kawasaki might look at locally assembling the Vulcan 650 S to price it competitively against its rivals in the country. 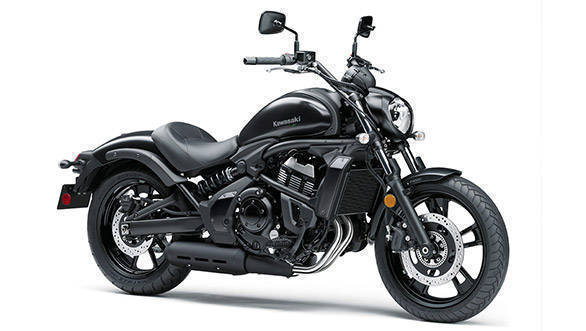 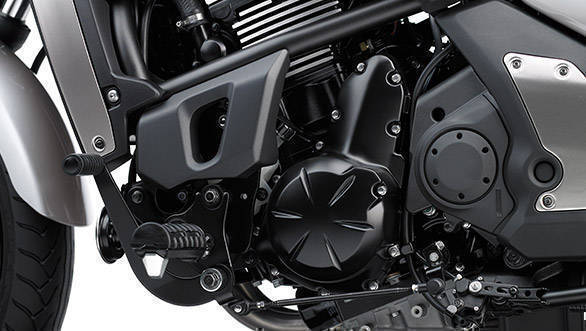 The Kawasaki Vulcan 650 S is powered by the brand's trusted 649cc parallel-twin that has been doing duty in the Ninja 650, Z650 as well as the Versys. The unit on the Vulcan 650 S has been tweaked by revising the cam profile, exhaust, ECU along with a modified intake to suit the cruiser characteristic of the motorcycle. Kawasaki claims that the motor offers ample low to mid range torque and a stronger power delivery at the peak range. The company states that this behaviour of the motor would attract younger riders. The liquid-cooled parallel-twin motor of the Vulcan 650 S makes 61PS of power at 7,500rpm and generates 62.78Nm of torque at 6,600rpm. Both power and torque ratings of the Vulcan 650 S is lower than that of the Versys and the Ninja which suggests that it'll be calmer than the other Ninja 650 and the Z650, making it ideal for long distance riding. 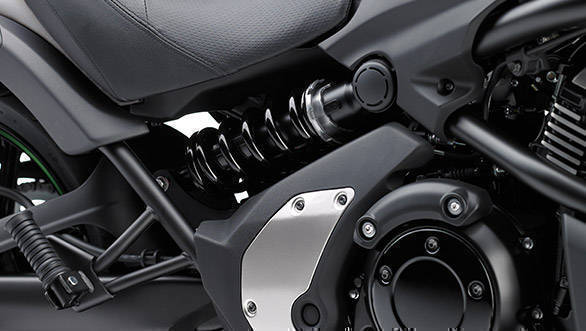 The Kawasaki Vulcan 650 S is equipped with a steel perimeter frame that also houses the rear subframe, resulting in a compact backbone that negates need of seat rails. This might be an issue for the pillion, in case one opts for the optional pillion seat. 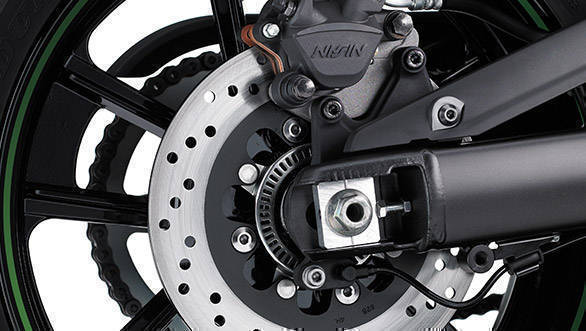 Kawasaki claims that the chassis has been designed in a way to offer a stable ride. The front is a 41mm telescopic fork while the rear is an off-set monoshock with adjustable preload. The Kawasaki Vulcan 650 S comes with a D-shaped swingarm that makes it look stylish and also has a functional benefit. The cruiser rides on 120/70 R18 front and 160/60 R17 rear tyres and comes with 300mm (Front) and 250mm (Rear) disc brakes with dual-channel ABS as standard. 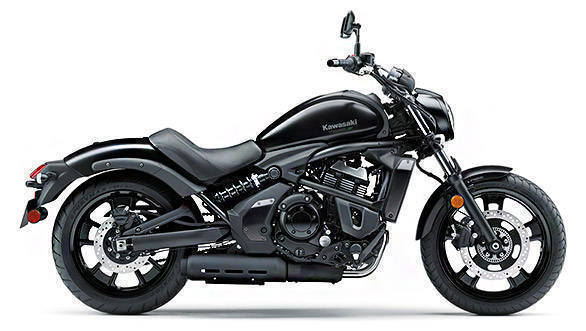 The junior cruiser does not carry any of the design elements from the larger Vulcans but gets its own lightweight styling. The Vulcan 650 S gets an inverted triangle headlight unit, teardrop shaped fuel tank and a wide handlebar, all of which scream of cruiser pedigree. The highlight of the design is the Ergo-Fit option that allows the rider to choose the optimal riding position by selecting a particular type of seat and adjusting the forward-positioned foot pegs, according to the height of the rider. Internationally, the Kawasaki Vulcan 650 S is available in Candy Lime Green, Pearl Crystal White or Flat Ebony. However, we believe the one that will make it to our country will be the Flat Black. The dual-wall pipes are positioned to flow below the engine that gives the Vulcan a slender design. In terms of instrumentation, the Vulcan 650 S gets a analog tachometer with a digital display that offers info on fuel level, trip, and fuel economy. 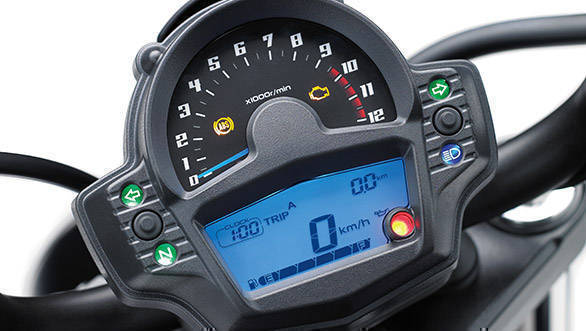 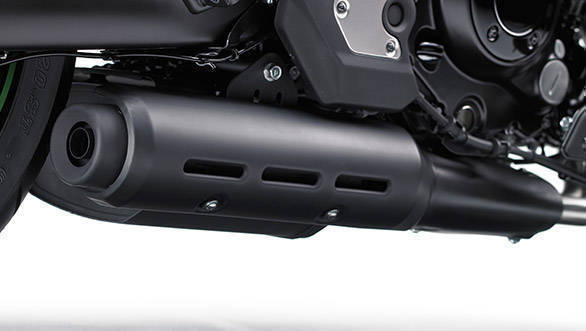 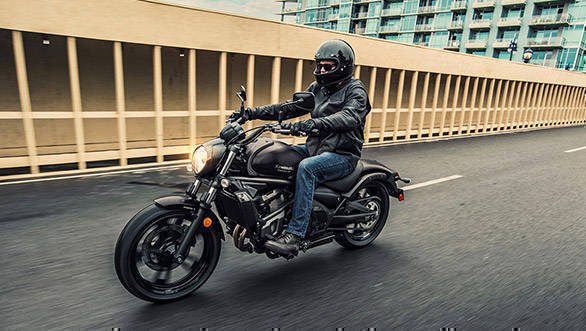 The Kawasaki Vulcan 650 S will primarily compete with the Harley Davidson Street 750 priced at Rs 5.15 lakh, ex-showroom Delhi and also the Hyosung Aquila Pro that is available at Rs 5.46 lakh, ex-Delhi. Similar to the other 650s, we believe Kawasaki could look at local assembly of the Vulcan 650 S that will help position it between Rs 5.5 to Rs 5.7 lakh, ex-showroom. The other parallel-twin 650cc that the Kawasaki Vulcan S will rival is the upcoming Royal Enfield Interceptor 650. 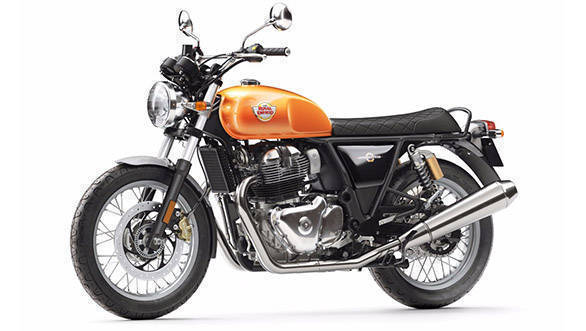 Kawasaki dealers have already started taking bookings for the Vulcan 650 S in India. We believe the deliveries could begin as early as next month. Kawasaki might also introduce a host of accessory options on the Vulcan S like a LED light bar, pillion seat, backrest and foot peg set. 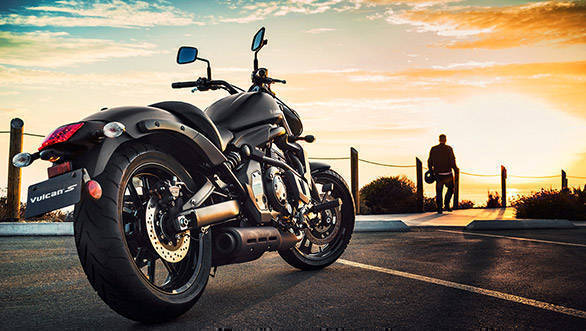 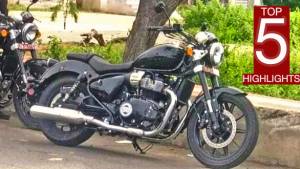 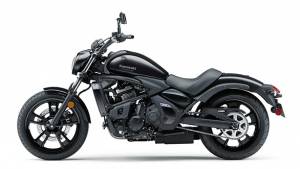 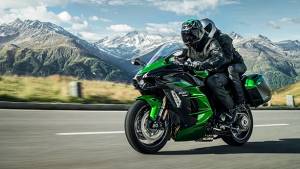