Qualifying for the 2013 Indian Grand Prix is done, and it really isn't too much of a surprise that we find Sebastian Vettel on pole. The Red Bull driver dominated all three free practice sessions during the race weekend and was a full 1.7 seconds ahead of his nearest rival at the end of qualifying. And while it almost is certain that Vettel will run away at the head of the grid and win the race and his world championship along with it, there are some factors that we need to consider. 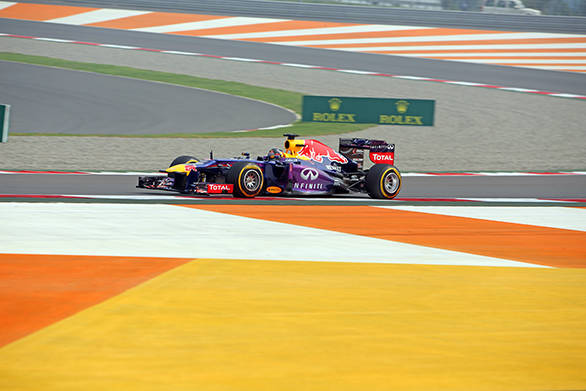 Sunday's Indian Grand Prix will very much be a hare and tortoise race - with a clear distinction between the drivers who will start the race on the soft compound tyres and those who will start the race on the medium compound tyres. The first five laps of the race will be crucial for Sebastian Vettel as he is one of the drivers who will run on the softer compound for his first stint. By the end of the first five laps is when we ought to expect Vettel to consider pitting for fresh tyres. Also starting on the soft compound tyres are the second and third placed Mercedes drivers - Nico Rosberg and Lewis Hamilton. So we can expect the two Silver Arrows to also pit by the end of the fifth lap or so. Nico and Lewis might have qualified P2 and P3, but their real battle won't be with the Red Bulls

Who, then, is Vettel racing? Well, it appears to be his team-mate Mark Webber. Webber is one of the drivers who will be starting the race on the medium compound tyre. These tyres are likely to last for at least the first 20 laps of the race, or certainly till the late teens, which means that Webber is on a two-stop strategy. It also means that very early on in the race we will have a situation where Sebastian Vettel isn't leading the Indian Grand Prix for the first time ever. The situation that this could potentially result in is that Mark Webber and Sebastian Vettel will be separated by a time of 20 seconds or so, at which point the race becomes all about pace. It will boil down to who is quicker than who. 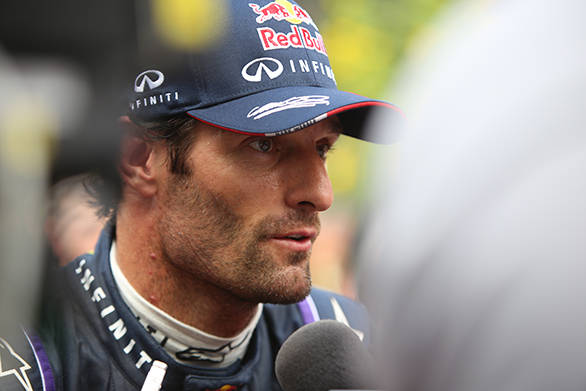 Red Bull split the strategy for their two cars, putting Mark Webber on the medium compound tyres for race start

It is at the point of the first pitstops for the medium runners, Webber specifically, that we will know where we are in the race and what to expect from the third edition of the Indian Grand Prix.

What of the Mercedes drivers then? Well, the truth is that Nico and Lewis aren't really racing the Red Bull of Sebastian Vettel. Instead, they are racing Fernando Alonso, who also starts the race on the medium compound tyres and Kimi Raikkonen on the softs. It will very much be a cat and mouse game until Alonso decides to pit. It is only then that we will know where this battle is likely to end. 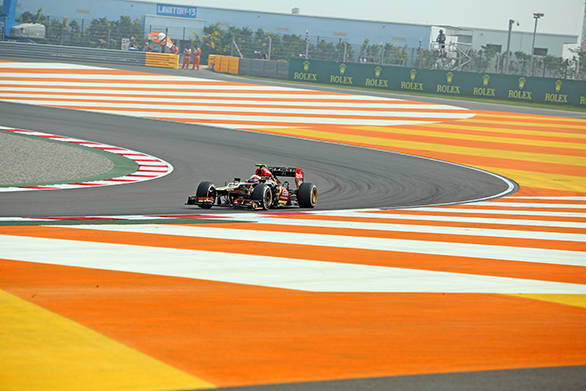 Another interesting player in this race could be Romain Grosjean - the Frenchman in the second Lotus could do no better than 17th on the grid, later saying that he was caught out by the front runners who all did much better on the soft compound tyres. It will be interesting to see how far up the order Romain can manage to get. If he makes a good start and uses clever strategy, then Grosjean really could throw a spanner in the works for some of the other drivers. He could well make it to the top six places. Another matter to consider is that Lotus' Chief Engineer, Ciaron Pilbeam is one of the best strategists in Formula 1 at the moment. On the other hand, there is also the fact that Ayao Komatus, Grosjean's race engineer, is also a very sharp man. So expect Grosjean to be on an interesting strategy.

There's one other driver who could end up playing a crucial role in the outcome of the race - and that is Nico Hulkenberg. Hulkenberg qualified in seventh place. Now, if Nico decides to stay out on track a lap or two longer than usual, and Sebastian Vettel stays behind Hulkenberg for those crucial laps, it could well mean that Vettel will lose time to Webber. Which could be an interesting scenario for the race, where Vettel might just lose the Indian Grand Prix to team-mate Webber. 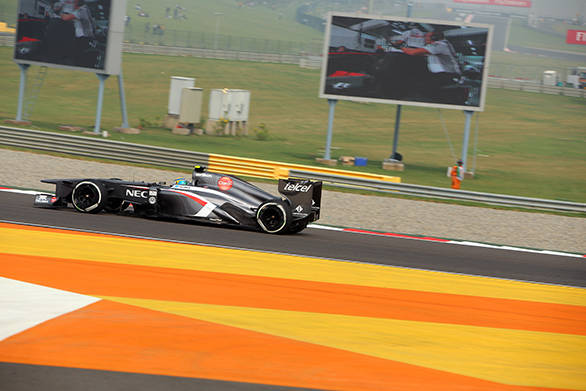 Now to wait and watch as the five red lights go out on the Buddh International Circuit and the cars all barrel down into Turn 1, for what could possibly be the very last time.