The Karnataka government is set to ban pillion riders on new two-wheelers that have engine capacity lower than 100cc. The ban will not affect existing two-wheelers, and apply only to those motorcycles, scooters, and mopeds sold after the ban comes into place. The law prohibits two-wheeler manufacturers from fitting a pillion seat on the two-wheeler, and also the buyer from making any aftermarket alterations for the same. The Karnataka government states that the ban is being brought in the interest of the safety of pillion riders, who often end up victims in road accidents. A notification to this effect was issued by the state transport department on October 16, 2017. 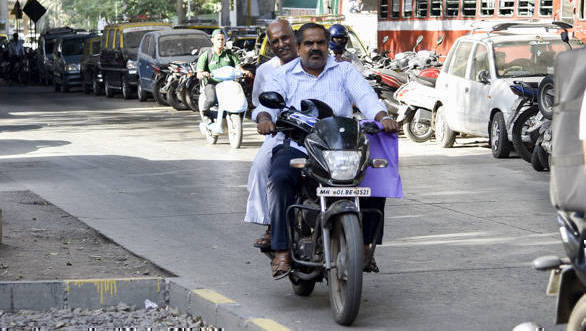 Transport commissioner B Dayananda was quoted saying that a proposal to reduce the limit from 100cc to 50cc will be initiated as many agencies have certified that new bikes with less than 100cc engine capacity are designed to carry pillion riders. "We'll amend the Karnataka Motor Vehicles Rules after consulting experts and also the rules followed by other states," he said.

Vehicles that stand to be affected by the ban include the Hero Splendor, Hero Passion motorcycles, TVS Scooty Pep Plus scooter, and the TVS XL100 moped. However, manufacturers could get 'type approval' certificates which allowed them to put pillion seats on two-wheelers. The Karnataka government has been under pressure due to recent reports of two-wheeler riders dying due to potholes on Bengaluru roads.

As usual, we seem to attack every problem by trying to solve the result and not the cause. As we understand from the media reports, all this started with a case where two 14-year old were out riding without a license who met with an accident and these directives come from that court case.

If that be the case, this isn't an issue of pillion riders or the engine displacement of a two-wheeler. It's about RTOs, the lax testing before driving licenses are issued in India and other enforcement issues. Banning pillion is hardly the long-term solution though I'm sure if implemented correctly the injury rate for sub-100cc riding pillions in accidents will drop to zero.

But see the India traffic accident study that came out a few months ago. You will realise that speed breakers cause more problems than potholes for example. Or that driver error - which is what the driving test and licensing system aims to fix - is responsible for more deaths and injury than anything else - including telephones and drunk driving as per the statistics in the report. 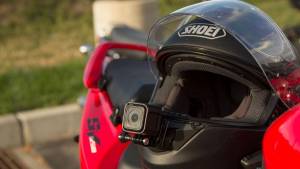