The JK Tyre IndiKarting Series, the karting championship launched by JK Tyre and Rayo Racing in association with Tata Motors earlier this year in a bid to bring motorsport to the masses, hosted its third round in Vadodara on May 14 and 15. It marked a return of professional karting to Gujarat after a gap of 13 years, as karts finally revved their engines at Erda's Speedway. And with a total of 108 participants, it really was a rather packed event. 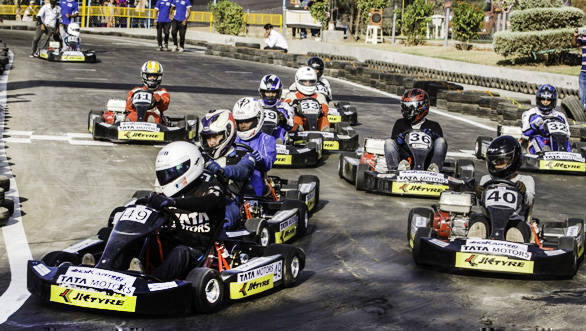 In the Pro Senior category, Mumbai's Aaroh Ravindra took victory in the first race without much competition, ahead of championship leader Aanjan Patodia and Rahul Sharan. The second race however, was much more eventful, with the starting grid being a mirror image of previous race's finishing order. The race was packed with multiple battles for first place, with Rahul Sharan eventually emerging as the victor. The third race saw Rahul Sharan claiming the win once again.

The Pro Cadet category saw Ranvir Singh, the youngest driver on the grid, finishing ahead of Aadityansh Kaulshi and Shaurya Kapani in the first race. Aadityansh managed to take the win in both of the following races, trailed by Ranvir and Shaurya in the second race, and Saatvik Kogileti and Hoshmand Elavia in the third race.

The Pro Junior category saw the same pattern as the preceding categories, with Jonathan Kuriakose winning the first race, and Mira Erda taking victory in the next two races. Mira Erda was also the only girl on the Pro grid and subsequently became the first girl to win a race in the JK Tyre IndiKarting Series.

"In spite of the searing heat, it was great to see such a turnout in Vadodara. The fact that so many have travelled here from all over India is proof of the growing interest in motorsport. JK Tyre's sponsorship to the series is crucial to us being here." said Rayomand Banajee, promoter of the national series.