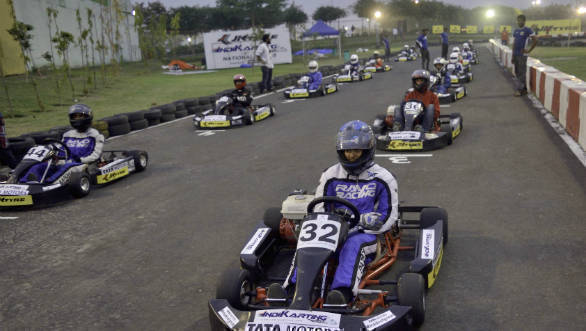 In the Pro Senior category, Aanjan Patodia managed to just scrape through to win, finishing just ahead of Aaroh Ravindra in the championship standings. Ravindra was leading the standings by a single point at the beginning of the final round, but Patodia was able to take the win in the final race, netting him the overall win. Rahul Sharan followed Ravindra in third position. 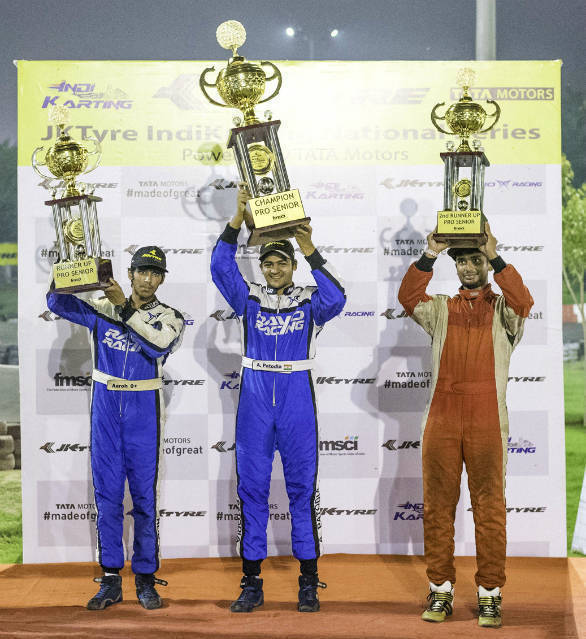 There was no shortage of battles in the final round of the championship, with each category packed with entertainment. The Pro Senior category saw Aaroh Ravindra faltering in Race 1 due to a false start. While he did climb back to third, this allowed Aanjan Patodia to nab the win. Race 2 saw Ravindra redeem himself with the win, ahead of Sharan and Patodia. However, Aanjan was able to take the third and final race, securing him the championship title. 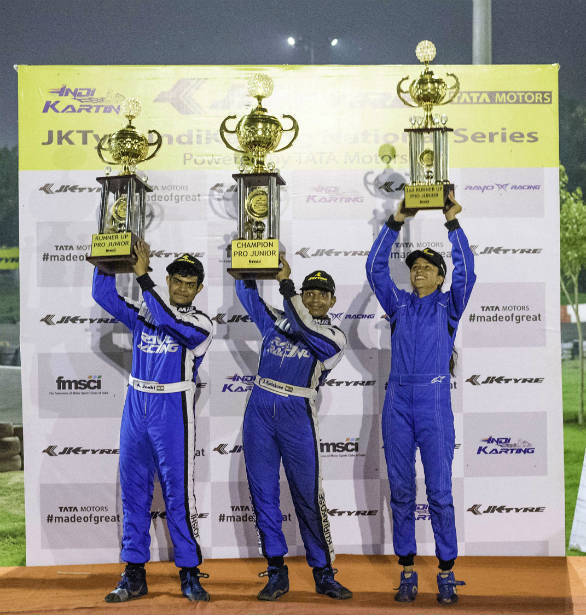 The winners of the Indikarting National series will now move from 4-stroke to 2-stroke Rotax karts, with top speeds of around 100kmph in the JK Tyre-FMSCI National Rotax Karting Championship. Their entries will be completely sponsored.

"The five Round JK Tyre IndiKarting National Series has achieved our goal of opening up motorsports to the masses. The huge number of entries & the fact that over 65% participating in any form of motorsport for the first time is proof. We are really thankful to JK Tyre & Tata Motors for believing in us & supporting this venture," said Rayomand Banajee, promoter of IndiKarting.