Interview: Sebastien Ogier on being a perfectionist, the struggles he's faced this year, and the future of WRC

It was a very hard weekend for Citroen Racing's Sebastien Ogier and Julien Ingrassia at the 2019 RACC Rally Catalunya, the 13th round of the 2019 World Rally Championship. Ogier began the rally well, setting the fastest time on the first stage in his Citroen C3 WRC, but a power-steering issue on the event's second stage meant that his championship hopes were effectively over. Ogier ended the rally classified eighth overall, and soon after this, sat down to speak to us about how hard this 2019 season has been, what he hopes the 2022 regulations will bring the WRC, and how hungry he is for victory after six world championship titles. 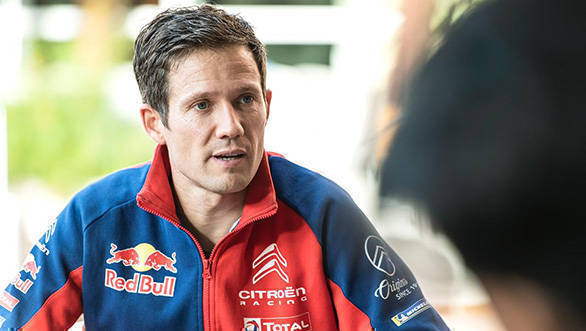 The Ogier-Ingrassia crew are reported to be perfectionists, has this always been the case? Or was this a development that came with time?
No I think so, I think it's always been into us. And I think yeah, it's already many teams who mention that aspect. And sometimes it can be a bit hard because we are very demanding to the people, as we are demanding to ourselves. I always try to analyse what I am doing wrong. And even when we win, we always try to work and see what we can do better for the next race, and I think that's the way to stay on the top and to stay competitive in a world championship.

After six world championship titles, has the hunger to win diminished at all?
I think for sure you can say that when you are chasing the first one you are maybe, how you say, more hungry for it than afterwards. But still when you have this spirit of being a competitor, fighter, when you don't like to lose, you always try to stay in this position anyway. And then on the other hand, you have the experience helping you to be stronger, and you have also maybe the calm of already having done it. I guess at the end it is still better A little bit like wine. When you are ageing in rally normally you have a good chance to get better.

Was it hard to make the switch from a factory team, where you won four world championship titles, to a small privateer team?
Well, it felt like a setback when it happened for sure. It felt like the world is falling apart, because you're in a team where everything is working, and you are having a lot of success. But at the end it bring me to a new situation, and to a new experience in my life. And I had really good years in this private team as well, and it was honestly very interesting for me. I met a lot of new people and at the end I think, I am very happy it happened. At that moment it was like a big shock, but in life the most important is to be healthy, be happy, and you look forward and new things are coming. And you have to use every situation, even if it looks bad at the moment, to maybe even make it even better. 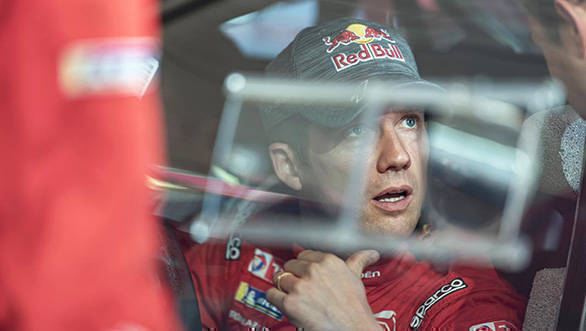 Co-ordinating with his crew in the Citroen Racing garage at the service park in Salou, Spain

Did it take a long time for you to come to terms with the Citroen C3 WRC this year, and was the mid-season slump something of a surprise?
It's always need a bit time of course to feel 100 percent at home actually. Especially when the championship is very competitive and when you can tend to have really experience with the material. It's of course a challenge. But if you look, the start of the season was really good for us, it was after we didn't really improve the way I hoped we would have. But that's a tough game, and it's never easy. I don't know. I don't know if you can use the word surprise, but of course, there were some races where we weren't happy.

Could you be more specific about the struggles the C3 WRC faced on tarmac?
Well, we had big problem with the balance. We were having a lot of understeer in some rallies. For this weekend we improved a bit, the balance was better. The pace was still not very great. Still I was trying. The pace was not very good after day 1, but still we were trying to drive as fast as possible. But sometimes we go close, but not close enough. You also need to be able to win stages if you want to win rallies. Which means you need to carry on.

Do you sometimes think that if you stick around and win three more titles, you'll have as many WRC championships as Loeb?
Honestly no, because in my eyes this record is not really important. Because in my eyes I had already more than what I will have dreamed some years ago. I am very proud already of what I have achieved. Of course, you always want more. But in the end, I already made this decision, you know, to try to go somewhere else, do something else. There are so many things I still want to do in my life, and yeah, of course, I will always do my best to finish on a high next year, but this one I have never been very target for me. 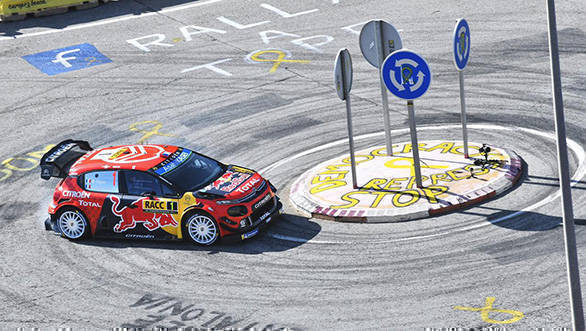 Who do you think are the best drivers in the championship at the moment?
Well, of course you have to mention Tanak. He is world champion this year. And you never come world champion without talent. So for sure he's a very good one. But I think the competitiveness of the championship is very interesting. In the moment you see there is many drivers capable of going very fast and winning rallies. About having the consistency as well, it's been the last three years now often a fight with Neuville, Ott, and us. So yeah, there is a chance that it's continue like this in the future.

What do you think the 2022 regulations ought to be, and are you in favour of hybridisation or electrification of the sport?
You have to follow the train of the society. At the moment, we all know the world is facing a major problem. And we have to make some act in this direction, which means the automobile industry also have to do that. And it's happening. And I think in motorsport it also have to be the same, and in the moment the true is rally is a little back in that, and a little bit behind. So I hope the rules gonna get cleared as soon as possible, and that then motorsport have to show the way as well. I think that's a long debate. I'm not sure that electric is the key for the future, but that's one of the element we need to use right now. And that's what looks better at the moment. But I think in the long term there will probably be better technology coming, and I love nature. And I love the world, and to be honest, I'm very concerned also by this topic. So that's something I will definitely be involved in in the future.

What does it take to be consistently successful?
I think what it takes - it's a team sport first of all. So first of all, you need to have the chance to be with the strong team, who will give you the support to win. Because a team alone achieve nothing and a driver alone achieve nothing as well. And also like I said before, it's important to always ask yourself how you can be even better. And always try to put yourself in question mark. To question yourself. I guess it's this. And that's always been my way of working. I think that's already part of the answer.