Hyundai recently conducted the longest drive ever in a hydrogen powered car on just a single tank of hydrogen. The independent test was conducted using an ix35 fuel cell. The journey from Norwegian capital Olso to Malmo, Sweden was a good 700km that took 10 hours to complete. The average speed recorded was 76kmph inclusive of both city and highway driving. The vehicle used was an exact production spec. The testers managed to obtain more efficiency from the car than the manufacturer estimated - the range predicted by Hyundai was 594km but the trip computer indicated that the distance covered overshot the estimated range by 10km. 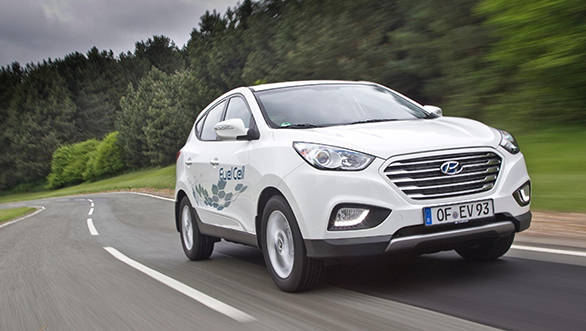 The drive was conducted by Marius Bornstein and Arnt G Hartvig - two independent, non profit eco activists from Norway. The ix35 is the world's first mass produced fuel cell. Going by the results of the test, the future of sustainable mobility definitely looks more promising.