The much anticipated new small car form Hyundai which replaces the Santro, codenamed the AH2, has been spotted testing in a 'Star Dust' paint job. This colour option is available across the Hyundai range in India on cars like the Grand i10, Verna and Creta. This comes ahead of the car's official launch on October 23.

The company recently showed a design sketch of the new small car. The upcoming Santro will continue to bear its signature tall-boy lines, albeit in a modern avatar. The Hyundai Santro is also going to mark the debut of Hyundai's new AMT gearbox. Seeing as how there has been a rise in popularity of automatic and AMT versions in the country, this is a good platform to launch its offering. 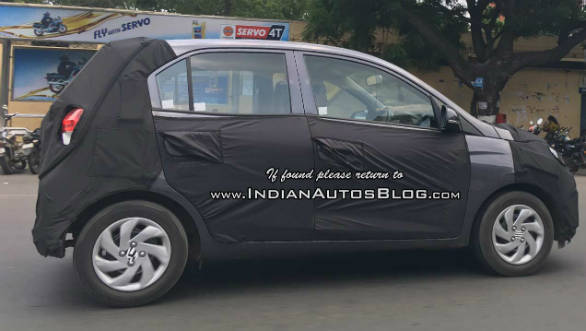 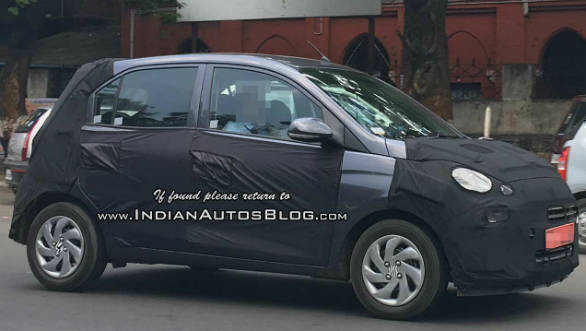