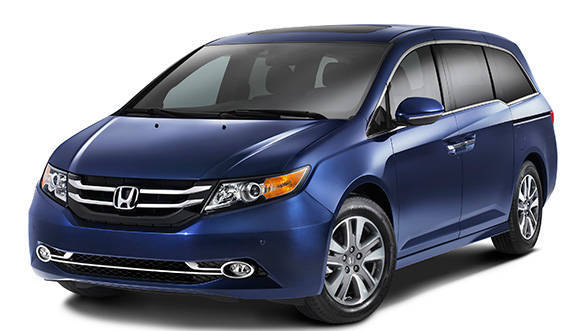 This is one people-hauler that even the most image-conscious lothario cannot be ashamed of driving. One of the eleven vehicles that Honda will employ in this year's edition of the Pikes Peak International Hill Climb is a heavily-modified Odyssey minivan. The van will be driven by French IndyCar driver Simon Pagenaud.

The minivan being used will be powered by a 3.5-liter V6 engine accompanied by an over-sized Garrett turbocharger to deliver 532PS and 624Nm of torque. This will be mated to a 6-speed transmission and a limited-slip differential. Four-piston Brembo brakes with aluminium calipers that lie behind 19-inch BBS alloys will make sure the 1.5 tonne beast can come to a halt as quickly as it goes.

A roll-cage, tri-spoke steering wheel and bucket seats with racing harnesses will replace features like the in-built vacuum cleaner and DVD player.

Although not a rally driver, Pagenaud is excited to participate in the iconic 'Race to the Clouds' as part of such an enthralling vehicle. "[Pikes Peak] is something I'm really looking forward to. I've done a little bit of rallying in France, and I used to watch highlights of the Pikes Peak race on television as a kid. Our entry will be unique, to say the least. A Honda Odyssey with power similar to an IndyCar will raise some eyebrows for sure," said Pagenaud.