Honda Manufacturing Company celebrated 50 years in Thailand on the March 8, at its Ladkrabang plant in Bangkok. Honda set up operations in Thailand back in 1965, to manufacture motorcycles. Production however, began in 1967. In 1987, Thai Honda started manufacturing power products like general purpose engines, water pumps and brush cutters. A lot of these products are now being exported to ASEAN and Latin American countries. 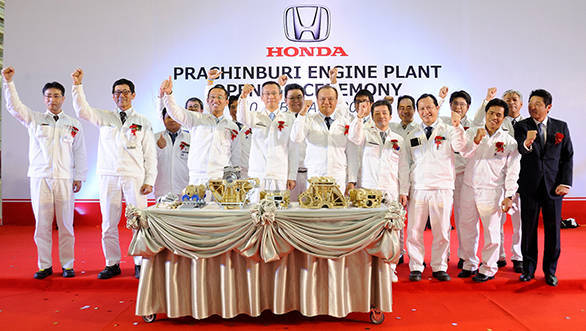 In 2011, Thai Honda established a production line called the Global Model Factory to produce mid- to large-sized motorcycles for export purposes. In 2014, this production line included the Honda CBR 650 series and now Thai Honda exports motorcycles to ASEAN countries, Australia, Europe and also North America. In 2015, Honda produced 17 million motorcycles of which 10 per cent was contributed by Thai Honda.

"Over 50 years of the company's history, associates of Thai Honda have dedicated themselves to improve the values of the products they produced, and that is why Honda products are well accepted and favoured by customers both in Thailand and worldwide. I hope Thai Honda will continue to take on new challenges to create added values to its products and bring joy to customers around the world who use Honda products," said Tetsuo Iwamura, executive vice president, executive officer and representative director of Honda Motor Company.