Honda Motorcycle and Scooter India has announced its business plans for the financial year 2015-2016. Abbreviated as REC (Retain Expand Create), the three words summarise the intent of the company.

With regards to expanding its presence in India, HMSI plans to open its fourth manufacturing facility by January 2016. It also plans to increase its number of sales and service touch points to 800. In addition, there will be an increased rural customer support with 20 mobile service vans. 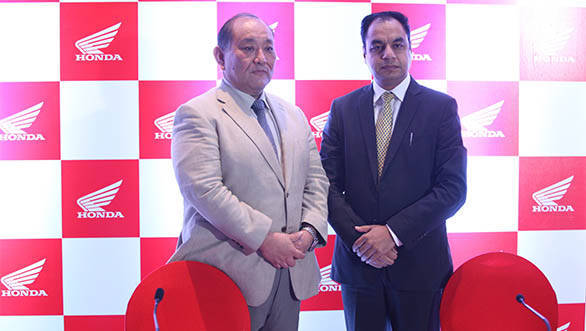 The HMSI's new products set to be showcased at the 2016 Delhi Auto Expo cover the 'create' part of the plan. The company adds that it will spawn a completely new segment in India. It also plans to create a flexible capacity of 8 lakh units. With the imminent launch of the CBR 650F, Honda will also set up a premium distribution chain in 20 cities.

Speaking about Honda's future plans in India, Keita Muramatsu, president and CEO, Honda Motorcycle and Scooter India Private Limited and president, Honda Motor India said, "We will focus our synergies to 'Retain' and consolidate our existing leadership position in Automatic Scooter and 125cc Motorcycle Segment. Expanding to meet future demand in India - a focus market for Honda globally, we will significantly invest in fortifying our production capacity to 64 lakh units, networks to 4,600 outlets and last mile rural penetration. In its challenging spirit, Honda will create new benchmarks in its new products offering. On the cards are nine new upcoming models, one of which will revolutionise the Indian two-wheeler industry and create a new segment by itself."