Honda has released sketches of what could be the long awaited compact SUV, the BR-V. The BR-V (which stands for Bold Runabout Vehicle - no we're not kidding) will be showcased in concept form at the 2015 Indonesia Auto Show set to be held between August 20 and 30, 2015.

Honda's R&D team in Thailand is credited with developing this SUV and the vehicle will be sold mainly in the Asian region. In an official statement, Honda has said that the BR-V will be powered by a 1.5-litre petrol engine which will provide enhanced fuel efficiency and performance. The car will come with a choice of two transmissions. 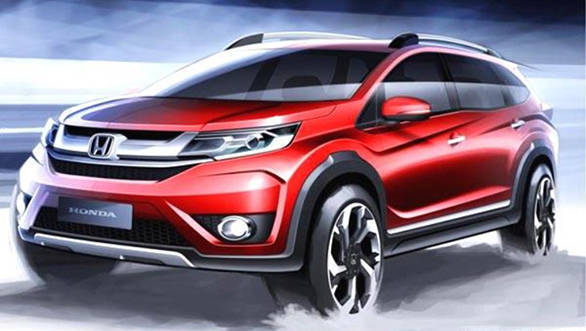 Projector headlamps, chunky body cladding like the CR-V, stylish alloy wheels, high ground clearance, LED tail  lights, skid plates and roof rails characterise the BR-V's exterior. Details on the inside are scant at the moment, but it has been confirmed that this SUV will have a three-row seating. Expect the interiors to be a tad more futuristic compared to other Honda products while maintaining the same quality levels.

Reports suggest that the BR-V is developed on the Brio platform and is most likely the compact SUV that Honda has been developing for quite some time. Honda had also showcased the Vision XS-1 concept at the India Auto Expo 2014 and the BR-V has the same underpinnings and design. The silhouette is unmistakeably the same. So are the alloys. 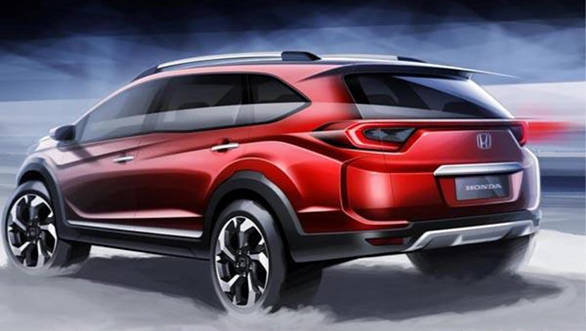 As and when it makes its way down to the Indian market, the Honda BR-V compact SUV will also be powered by the familiar 100PS 1.5-litre diesel motor. Expect Honda Car India to showcase it at the upcoming Auto Expo 2016. 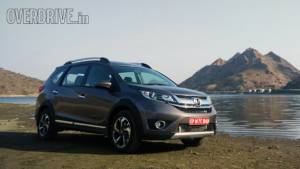