The 101st edition of the Indianapolis 500 was more in focus than most other years for the simple reason that Fernando Alonso would be competing in it. Alonso had said earlier in the year that he planned to try and win motorsport's triple crown (victory at the Monaco GP, Indy 500, and 24 Hours of Le Mans). The fact that he was starting fifth on the grid at the big race helped matters immensely too. So when the race began at Indianapolis, Alonso really was the man that all eyes were on. 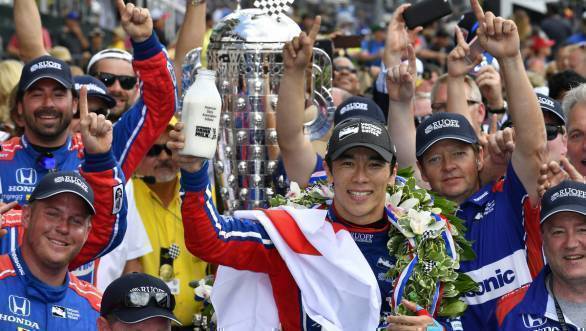 He spent the first half of the race battling it out at the front of the pack, and even led for a while. One of the drivers he diced with was former F1 driver, and eventual winner, Takuma Sato. But as the race progressed, Sato ended up mid-pack, bringing to mind the fact that he very nearly managed to win the Indy 500 back in 2012, had it not been for an ill-fated move on Dario Franchitti that would see him crash out of the race. Up ahead, though, Alonso diced with his team-mate, and last year's 500 winner, Alexander Rossi. 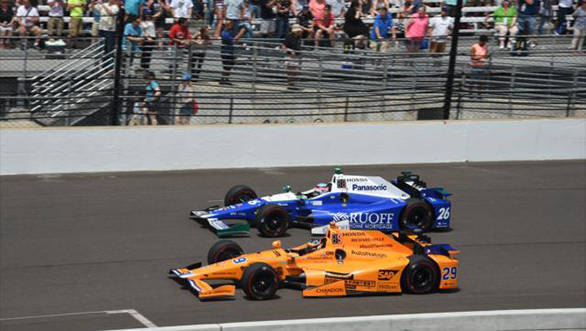 Unfortunately for the Spaniard, who has been facing a host of engine failures in Formula 1, his Honda-powered Andretti McLaren gave up the ghost with just 21 laps to go. After Alonso's car was removed from the track, there was another multi-car pile up. This time the machines of Will Power, James Davison, Oriol Servia and James Hinchcliffe needed to be cleared, which led to another caution period. And when the race was restarted, there were just 12 laps between the drivers at the head of the order, and victory. 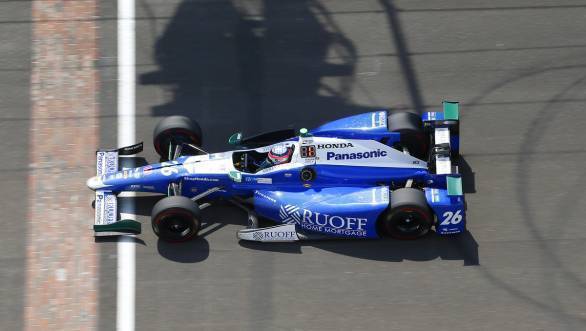 Sato crosses the finish line first at the Old Brickyard

Max Chilton, driving for the Chip Ganassi Racing outfit, took the lead on the restart. But he had to fend off Sato, and Penske's Helio Castroneves. While Castroneves took the lead, muscling his way past both Chilton and Sato, it was not to be his day. Sato managed to take the lead with just five laps to go. Even though it was close racing, he was told he could push on the last lap, which allowed him to put two-tenths of a second between him and his Brazilian rival. Close racing indeed! 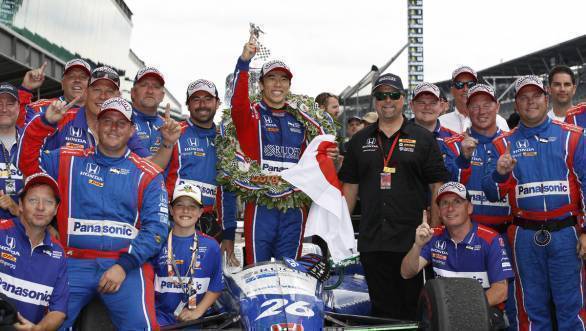 It was a cheerful Alonso who later told the press that he'd be back at the Indy 500 another year, and smilingly drank some milk even though he wasn't the winner. 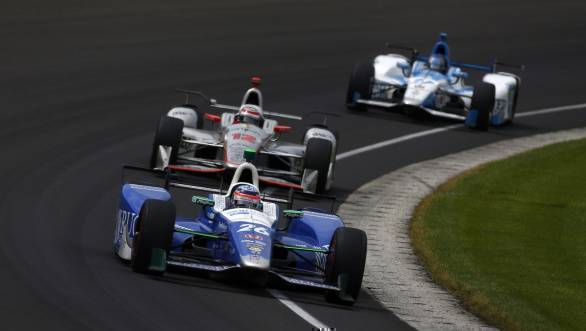 Meanwhile Sato was happy for reasons other than just the 2.45 million USD bonus he got for winning the 500. He said that it was a tough race, but it was a wonderful feeling to win at Indianapolis, especially given that he'd been dreaming of something like that since he was 12 years old. Sato, now 40, had a near miss at the Indy 500 five years ago. His performance in 2017 has more than made up for it.