Hero MotoCorp has expanded its premium line-up of motorcycles in the country further. The brand launched not one, not two but three motorcycles in the 200cc space today. We of course knew that the XPulse 200 and XPulse 200T will be launched, but the manufacturer sprung up a surprise by also launching the new Xtreme 200S. The bike uses the same powertrain as the Xtreme 200R, which is Hero's own 200cc, air-cooled single-cylinder engine, mated to a five-speed gearbox. The engine offers 18.4PS and 17.1Nm in this guise and is identical in terms of its setup to the naked Xtreme 200R. 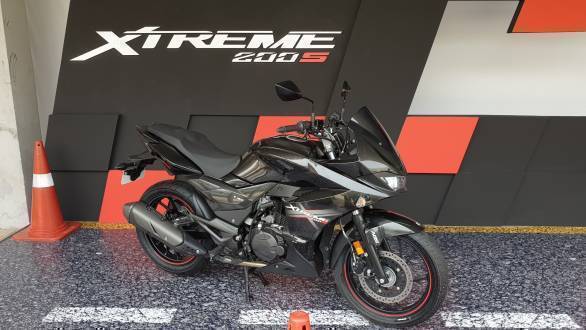 The Hero is the newest member of Hero's premium X family of motorcycles and has been priced at Rs 98,500

The bike is being hailed as a spiritual successor to the Hero Karizma, which has enjoyed a cult status in the country for almost two decades. The Xtreme 200S uses a full-LED headlight and also uses the same fully-digital instrument cluster as the XPulse 200 twins. The bike is meant to offer a sporty stance while also being comfortable enough for commuting. OVERDRIVE will be riding the Xtreme 200S at the Buddh International Circuit today, so stay tuned for a first ride review later today. At its price the bike competes with the Bajaj Pulsar RS200 primarily in the market.