Hero MotoSports Team Rally gears up for the 2018 Merzouga Rally

Hero MotoSports Team Rally will begin their Road to Dakar 2019 campaign with the Merzouga Rally which will be held in Morocco between the 15th and 20th pf April 2018. The rally will be the team's first international rally as they get their preparation for Dakar 2019 underway. 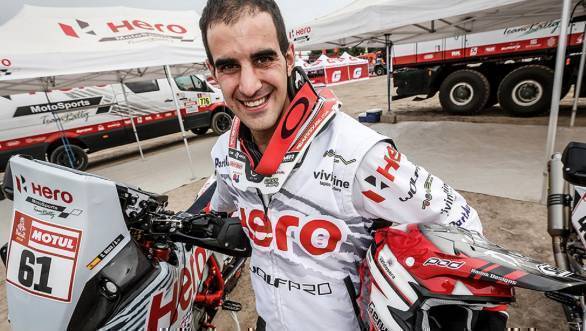 Oriol Mena will be hoping to do well at Merzouga 2018, after having stunned at the 2018 Dakar Rally, finishing seventh.

Competing at Merzouga this year, are the team's riders CS Santosh and Oriol Mena, while the team's third rider, Joaquim Rodrigues, will be present as a mentor at the event, given that he is still recovering from injuries sustained at the 2018 Dakar Rally.

Oriol Mena, who will ride with competition number 17 will be looking to carry forward his stunning form after having finished seventh at the 2018 Dakar. "I made my rally debut here last year and also won a stage, so I am really excited to race here again and looking forward to learning more about the sport," said Mena. 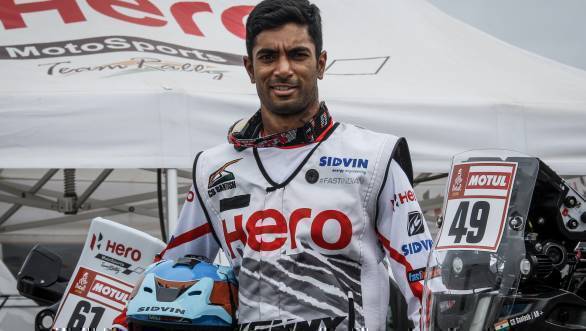 CS Santosh will be looking for more seat time on his motorcycle, after crashing out of the 2018 Desert Storm

CS Santosh, who finished 35th at the 2018 Dakar, his best finish at the event thus far, will also be hoping to get back on his motorcycle and put behind him the crash he suffered in the 2018 Desert Storm. "Merzouga has always been a happy hunting ground for me. Being the first international race of the year it is also an important first step in our preparations for the Dakar 2019. Really looking forward to a good practice race," he declared.

The 2018 Merzouga Rally will be held in the Merzouga region in Morocco, and will begin with a short Prologue Stage, followed by five days of rallying. This includes two days of a very intense Marathon Stage.

Ahead of the event, Dr. Markus Braunsperger, Chief Technology Officer, Hero MotoCorp and Head  Hero MotoSports said, "Merzouga marks the first race in our road to Dakar 2019 and we are really excited about it. We are looking forward to gaining experience and making a good start to our Dakar preparations. Happy to have JRod back in the team, even if it is in the role of a mentor, as he comes with a lot of experience and his presence in the camp will further strengthen the team's spirits."