Cycle giant Hero Cycles has recently cancelled its Rs 900 Crore business deal with China. The announcement came from Pankaj Munjal, Chairman and Managing Director, Hero Cycles while addressing the United Cycle and Part Manufacturers' Association (UCPMA). The company was planning to enter into a business deal with China over the next three months, however, in order to support the boycott China movement wherein more emphasis is being given to reduce the dependency on the neighbouring country for any business, Hero Cycles has shunned its plans of any investments with the country. 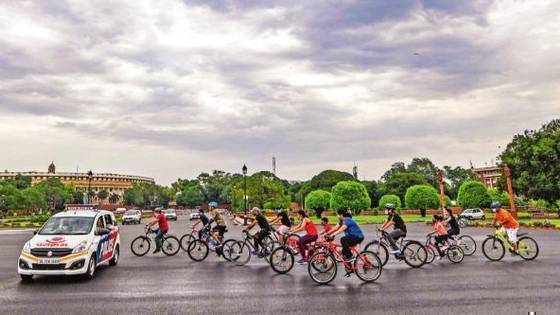 The company has now changed its focus from China to Germany wherein it plans to setup a factory and start selling its products in Europe. Munjal stated that the demand for bicycles have increased worldwide and to cater to that, Hero has increased its production capacity as well. However, smaller players are the ones who have been severely affected. Hero has been working to offer them support with their technical expertise and help them develop and manufacture high-end parts that were otherwise being imported from China.

Munjal also believes that the Cycle Valley located in Ludhiana is capable of making high-end cycles and compete with the Chinese market. The proposed site of Cycle Valley, which was to get Chinese investment for manufacturing hi-end cycles, spreads across 100 acres at Dhanansu village of Ludhiana, was also visited by Munjal. Hero Cycles leads the standard and special cycle segments in India, with an overall market share of about 39 percent. It has plants located in Ludhiana (Punjab), Bihta (Bihar) and Ghaziabad (UP). The company added a state of the art manufacturing facility is Sri Lanka in 2016. Presently, Hero Cycles exports to various countries in Middle East, Africa, Asia and Europe.

Top 15 finishes for Hero MotoSports at the...
Advertisement