First round of Green Run Rally 2014 concludes in Bangalore

The Green Run Rally 2014, conducted by the Karnataka Motor Sports Club on the 18th of May, 2014 kept  true to its name as it turned out to be an exciting, nail-bitingly gripping event with relevant messages on environmental consciousness and road safety forming the core of the initiative.

The four-wheelers that entered the rally took part in the 'pro expert' and 'pro stock' categories, while the two-wheelers registered for the 'open' category in the competition. Apart from Bangalore, the rally witnessed enthusiastic participation from contenders hailing from Erode, Chikmagalur and the like. 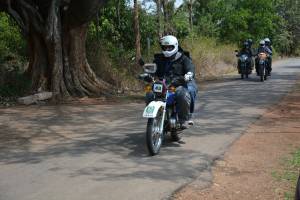 Driving home a message on road safety and the environment

The 120km route that the teams were to follow was a round trip that started at The Club on Mysore Road, Bangalore, passing through verdant sections of the countryside and terminated at The Club. The rally conformed to the popular time-speed-distance rallying format (TSD), wherein contenders are expected to maintain precise times and average speeds on stretches of public roads and even some off-road tracks - all this while trying to get the minimum penalty points possible. This slightly unusual format, which doesn't necessarily reward the fastest machine on the road, was something of a novelty to the spectators along the way. The average speeds clocked out at 30kmph while the highest recorded was 44kmph. This was particularly effective in spreading road safety awareness to passersby and townsfolk who'd flocked to witness the event. 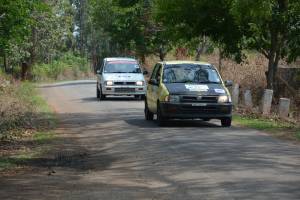 The 120km route passed through verdant sections of the country side

"A lot of two-wheeler riders were found riding without helmets in the rural areas while the rally was going on. They were educated about the importance of wearing helmets while riding. We were surprised to note that they welcomed our thoughts about safety awareness. Through IMG Sports, safety awareness pamphlets were distributed throughout the entire route of the rally,"  said KMSC chairman and India Mines Group head, R Bharat Raj. "We also spoke to them about pollution so as to lead a healthier life and preserve our surroundings/ nature." he added.

Towards the end of a hectic day of TSD rallying, Pradeep and his navigator MK Md Musthafa clinched the title in the pro expert category and also the overall title of the event. In the pro stock category, Amarnath GJ and Mokthiyar Ahmed M were the victors while in the two-wheeler Open class, Shankar HK and Naveen Kumar R won the title.

"This is the first event of the season. We have two more rounds to come wherein we want to improve on any shortcomings," said KMSC president Shivu Shivappa. The third round is expected to coincide with the Indian National TSD Rally Championship and should be a fitting finale to the championship.

Further, the KMSC has plans of visiting colleges and schools to educate youngsters on motorsport as well as responsible driving, riding and road safety and etiquette. Hazardous practices such as wheelies, riding without a helmet, three people on a bike, not wearing seat belts etc will be highlighted.
The India Mines Group, in association with KMSC, are keen on spreading the message of the FIA's mobility and road safety programmes in collaboration with the FMSCI. 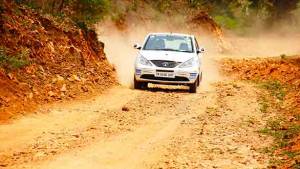 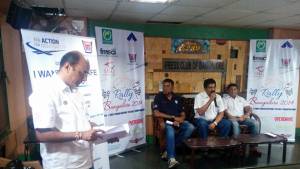 Round 3 of TSD Rally Championship and Green...
Advertisement