Chandigarh's Gerrari Offroaders claimed victory at the JK Tyre Xtreme 4Play event at their hometown, and were declared champions after two days of gruelling off-roading. 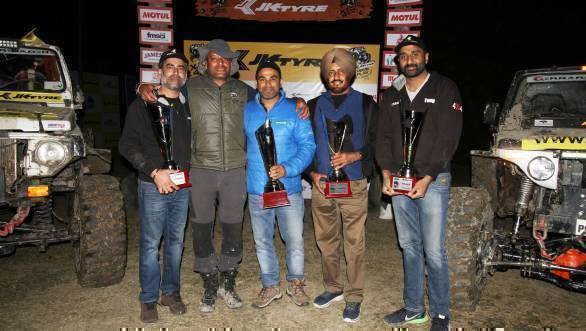 Kabir Waraich and Gurmeet Virdi, aided by their navigators Yuvraj Tiwana and Kirpal Tung, took a total of 569 points, taking home the win, and a prize money of Rs 1.5 lakh. The Gerrari foursome took victory in four of six stages. Gerrari Offroaders won the first stage of the event, which tested team work and driving skills too, with the two cars climbing a hill, one from the left side and the other from the right side, with the help of a winch. On the second day, the team won three of four stages, managing to build up a lead that ultimately helped them win the event. The duo managed to take home all 100 points on offer in these three stages. The third day saw the team finish the water crossing stage to take home the win.