The fourth edition of the JK Tyre Orange 4x4 Fury was held in Dambuk Village in Arunachal Pradesh. It was total domination by Gerrari Off-roaders from Chandigarh, who clinched the title, and also walked away with prize money of Rs 2.5 lakh after three days of gruelling off-roading. 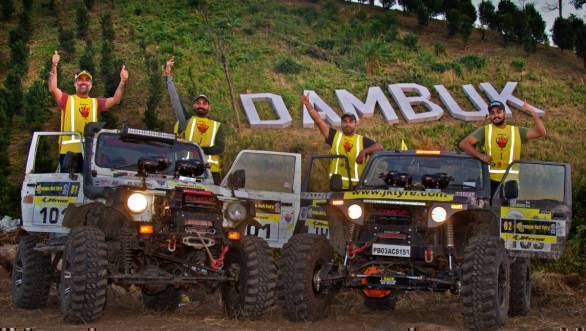 Kabir Waraich and Gurmeet Singh proved to be in a different league entirely, defeating the rest of the competition, having amassed a total of 514.5 points over the course of the three days. This meant they, ably assisted by their co-drivers Yuvraj Tiwana and Dushyant Khosla, clinched the title with a massive points lead over their competitors. 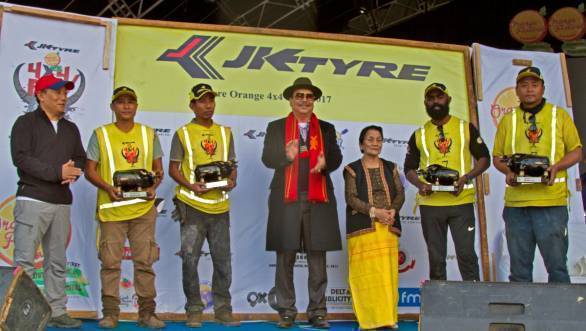 Second place went to the Association of Off-roaders from Nagaland (AON) who had a total of 398.5 points. The drivers in the Nagaland team were Angulie Vupru and Sathish Kumar, while their co-drivers were Neiketoulie Meyase and Yanren Jamio. Home team, MOCA, with drivers Miranjeet Choudhury and Tsengtsing and co-drivers Purbajyoti Choudhury and Jeninder Mantawtook third position. 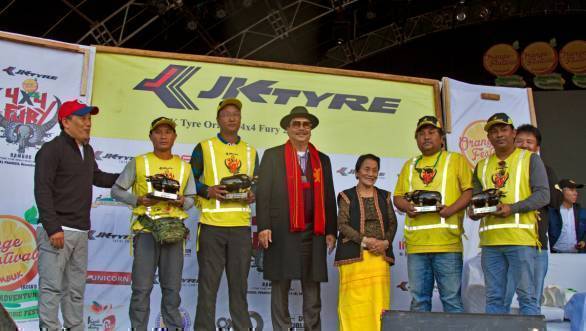 Things weren't completely easy for Gerrari, though, with the Chandigarh team slipping to fifth place in one of the stages on the second day. However, they were unbeatable in all other five stages of the event, which meant they took home the championship.

The fourth edition of the JK Tyre-Orange 4x4 Fury threw up some tough challenges for the competitors to grapple with. The Sunday of the event saw two tough stages - Bush Man, where the vehicles needed to climb some wooden logs, make their way into the river, drive to the jungle, come back into the river, and then cross the finish of the stage - all within 20 minutes. In the final stage on the Sunday, called Showman, the teams had to use technique and precision to climb a man-made gradient that was 12 feet high, and also featured a steep drop. Waraich and Singh comfortably won these tricky stages.