The Monaco ePrix proved to be a challenging outing for the Mahindra Racing team. Pascal Wehrlein started the race second on the grid (having qualified fourth and subsequently benefited from penalties to two drivers ahead), while his team-mate Jerome D'Ambrosio started the race down in 19th (due to a poor qualifying session, coupled with a three-place grid penalty from the previous race at Paris). When the race began, it was pole-man Jean-Eric Vergne who got off to a good start, with Wehrlein second. The Mahindra Racing driver maintained this position till the ninth lap of the race, when a lock-up resulted in him losing two positions to Oliver Rowland and Felipe Massa. Ultimately, Wehrlein had to settle for fourth place, narrowly missing out on the podium.

Meanwhile, D'Ambrosio, who managed to cross the chequered flag 13th, was ultimately promoted to 11th place, when both Antonio Felix Da Costa and Daniel Abt received penalties. 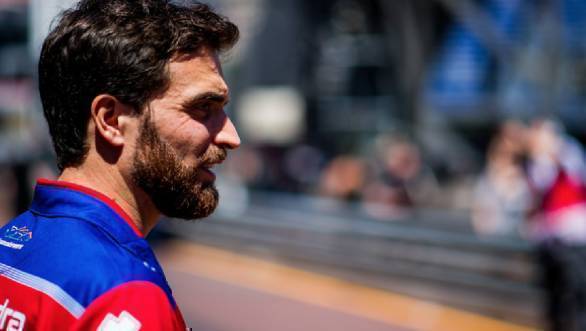 Dilbagh Gill, Mahindra Racing's Team Principal, said: "Pascal's qualifying and race pace was phenomenal and that is very encouraging. If not for a small mistake we would have had a podium today. Jérôme had a tougher race and had to start at the back. A whole lot of things are very encouraging and we have found the pace again, which we showed in Paris and again here today, so it bodes well for the remainder of the season."

Mahindra Racing is currently fourth in the Team's Standings, with 116 points. D'Ambrosio is ranked seventh in the Driver's Standings with 65 points, while Wehrlein, with 51 points, is 12th.

The next race of the Formula E Championship is the Berlin ePrix, which will be held on May 25, 2019.