Motor racing returned to Switzerland after over 60 years, and the passage of time was clearly reflected in the racing series that took place on the streets of Zurich. Electric motor racing, courtesy the Formula E championship, took place in Zurich. It was a tough race for the Mahindra Racing team though, with Nick Heidfeld (for whom it was a home race of sorts) and Felix Rosenqvist not finishing as high as they would have liked to.

In the practice sessions though, it was Rosenqvist who set the fastest lap time. But qualifying proved to be tricky, with a few mistakes and a competitive grid leading to Felix qualifying tenth on the grid and Nick qualifying 12th on the grid. 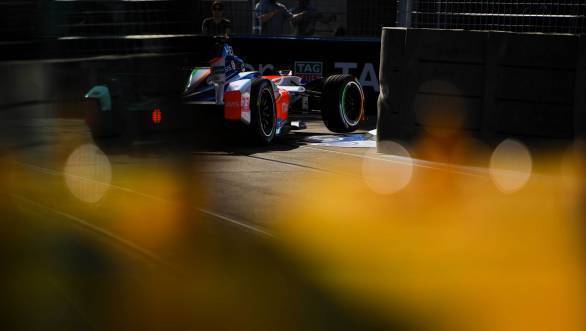 During the race, Rosenqvist managed to make up a position early on, after which he kept climbing through the order. However, on the 17th lap of the race, Rosenqvist went into the wall while trying to prevent himself from being overtaken by a hard charging Jean Eric Vergne in the Techeetah. This meant that he needed to come into the pits early for his car swap, which also meant that he wasn't able to push after the stop since he needed to conserve energy to get to the end of the race. Despite this, Rosenqvist managed to make up a couple of positions and make it to 15th position at the end of the race.

Heidfeld managed to keep out of trouble during the race, making his way up the order. He managed to take advantage of the fact that several cars got penalised over the course of the race, which allowed him to bring the car across the line in sixth position. 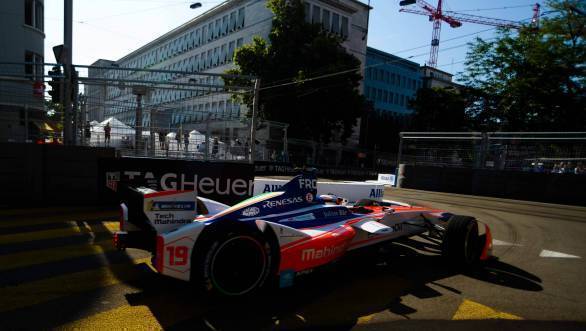 Speaking of his race weekend, Rosenqvist said, "I think it was a good weekend to start with. The car was very good and felt very balanced and we've made a great step forward. As we saw in practice, we got the quickest lap. Being in group one was the achilles heel today. Decent starting position but then the incident with JEV - I didn't feel like he accepted me letting him past and suddenly I had to take evasive action and he got lucky I guess. That's about it really."

Meanwhile, Nick Heidfeld said, "Sixth position at my home race is not a bad result, but I would have loved to get a podium here. It was an exciting race, especially the start which was a bit crazy. I managed to keep the car in one piece. I struggled a bit with the first car but things got better as we went along. We profited from the penalties and scored some good points. It's been the nicest event so far, because the location is just beautiful. There were people in every place possible. I'm thankful that Switzerland and Zurich took this decision, and I hope the people enjoyed the race."

Team principal Dilbagh Gill wasn't too thrilled with their performance though, but is staying positive for the next time Formula E will return to Zurich, "While one cannot find fault with Zurich, and it is an amazing location, I go away with slightly bittersweet memories from what I consider to be my second home. We could have had a strong points finish today, but we're looking forward to coming back here next year."