Mahindra Racing's best-ever season in the FIA Formula E Championship got even better after a second-place finish at the second race of the Montreal ePrix. The podium came courtesy the team's Swedish driver, Felix Rosenqvist. Rosenqvist had finished the first Montreal ePrix in tenth position, which earned him a single point. He recovered wonderfully, though, taking pole, and second-place in the second race. This, when added to the points scored by team-mate Nick Heidfeld, enabled the team to finish third in the team's championship. 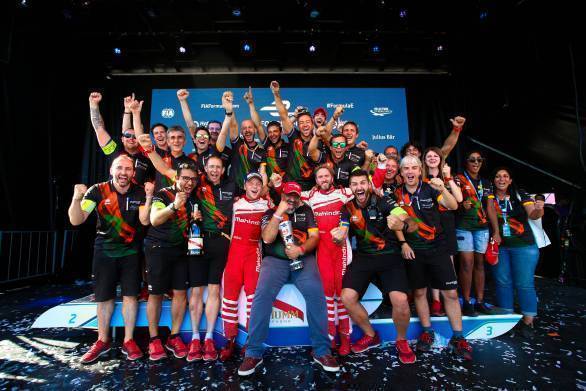 It had been a challenging weekend for Mahindra's other driver, Nick Heidfeld. The German had managed to recover from a P14 starting position in Race 1, and was running in P11, when an incident with Loic Duval ended his race. But not the sort of team to be cowed down by a bad result, Mahindra Racing recovered overnight, determined to get the most out of their M3Electro at the final race of the season. The team managed to get both their drivers into the Super Pole shootout for the final race, with Rosenqvist ultimately claiming pole, while Heidfeld took fourth spot on the grid. 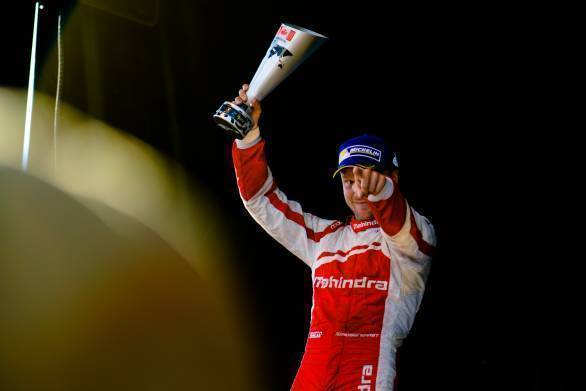 In the race, while Rosenqvist managed a podium, Heidfeld took a fifth-place finish, which was not bad at all. The points from the weekend ensured that Mahindra Racing managed to take third-place in the team's championship. This is a huge improvement on their sixth-place finish in the second season. Meanwhile, Felix Rosenqvist took third place in the driver's championship, behind only Season 3 champion Lucas di Grassi, and runner-up Sebastien Buemi. Rosenqvist took a total of five podiums (including a win at the Berlin ePrix) and three pole positions this season.

Speaking of the team's terrific finishing position in the championship, Dilbagh Gill, Team Principal, Mahindra Racing, said, "Thank you to everyone who has been part of our team, supported and followed us this season. The Mahindra Racing has done an incredible job to deliver our best-ever results, secure third in the Teams' and Drivers' Championships and make us the most improved team in the paddock. It's because of their hard work that we have come this far!"

"It was a good to come back so strongly from the race yesterday, I made a mistake but it meant we were under pressure from Sam Bird today to secure third in the Drivers' Championship. We got the pole though! I was very impressed by the team; Nick and I sat down with them for a long time last night and figured out how we needed to improve qualifying. We made it happen and that was the key to starting from pole and controlling the race initially. I'm very happy to finish in third for the Drivers' and also happy for the team to finish third in the Teams' Championship. That's a fantastic season for us," said Rosenqvist.

Nick Heidfeld, who also had five podiums this year, said, "It's a great end to the season for us and I'm delighted for the team. Finishing third in the Teams' Championship was the main target. After I struggled so much yesterday and this morning in practice, I was very happy to be in Super Pole for qualifying and then to start from fourth in the race. I did a good job but it was a difficult weekend because I just couldn't keep up with the pace of the cars in front. Finishing fifth was okay and I was able to secure some points. The race went pretty smooth, nothing crazy happened, but most importantly we finished in the top three in the Teams' Championship!"

The team will now focus on developing its 2017-2018 Formula E Championship car - the M4Electro.