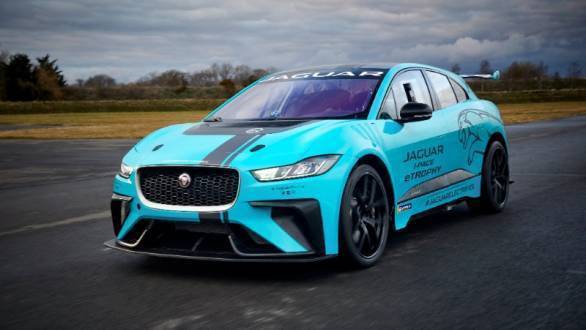 In March 2018, Jaguar had announced an all-new all-electric racing series featuring the I-PACE. The series will be run as a support event for the Formula E Championship, and will be held alongside the fifth season of the championship that will begin towards the end of the year.

The car will be presented to the public during a showrun on May 19, raceday at Tempelhof in Berlin. It is yet to be revealed who the driver of the car during the showrun will be.

"We are excited to reveal the new Jaguar I-PACE eTROPHY racecar in Berlin and demonstrate its dynamic capabilities for the first time," Jaguar Formula E chief James Barclay said. "The team at Jaguar Racing and Special Vehicle Operations (SVO) are building the key foundations for the incredibly exciting championship and we are pleased with the progress of our test and development programme, which has included a successful tyre test with our partner Michelin."

Jaguar also announced their partnership with M-Sport, who used to work with Ford in the WRC.