Formula E has unveiled its new car, the one that will be put to use during the fifth season of the championship, at the 2018 Geneva Motor Show. The car for season five, dubbed the Gen2 machine, brings about a major change in the championship in terms of its ability to go the entire distance, requiring no mid-race car swap. 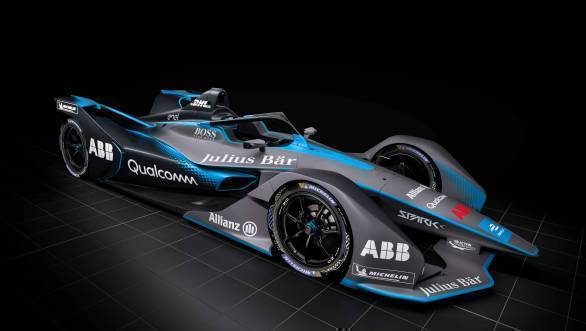 At the end of January, renderings of the Gen2 Formula E machine had been released, giving us a glimpse of the car's design, and also showing us what the Halo cockpit protection device would look like in the all-electric championship. Teams are now set to use the car in upcoming tests ahead of the championship's fifth season.

The ability of the Gen2 car to complete an entire race distance is due to the fact that it now has a power output of 250kW, which is an increase of 50kW over the previous generation machine. This will see the potential top speed of Formula E machines reach 280kmph. The chassis features the Halo head protection device, which has a strip of LED lighting on it, which in turn helps fans follow their favourite team or driver's race strategy, as it will indicate the different power modes and other race-related information on the device itself.

FIA President, Jean Todt, said of the new car, "The FIA Formula E Gen2 really looks like a car of the future. It's encouraging to see the progress made in just four years - to double the range of the car and increase the power output is the result of a great effort. With the support of so many manufacturers, Formula E will continue to push the development of electric vehicle technology, and promote sustainable mobility in many cities around the world."

Alejandro Agag, Founder & CEO of Formula E, said: "This is the first time I've seen the complete car in the flesh and it's even more sleek and spectacular up close. If you were to draw a racing car from scratch and base it purely on its looks, you'd come up with just this design. Not only is it striking on the eye, the performance and range show clear progress in terms of technological development in only four years. I'd like to express my personal thanks to the FIA and its President Jean Todt, for their hard work and support in putting together and designing our Gen2 car. This model visually differentiates Formula E from any other single-seater in motorsport today. When people see this car they will say it's Formula E, it's the future."

The new Gen2 Formula E car will make its race debut at the opening round of Season 5, set to take place in December 2018.