Formula 1 has announced the first leg of the 2020 season, with eight European rounds of the championship scheduled for between July and September.

The races will begin in Austria on July 5, with a double-header of sorts - the country will host the second race a week later on July 12. This comes after the Austrian government okayed what Christian Horner described as "draconian" regulations to ensure the safety of people within the paddock. 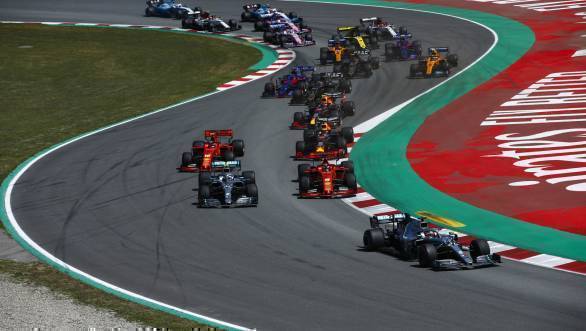 Formula 1 will then head to Hungary for the third round of the season, which will be held on July 19. After a break for one weekend, the racing will resume on August 2 at Silverstone in the UK, followed by another race at the same track a week later. It has been revealed that people who are part of F1 (and other elite sports) will not have to adhere to the 14-day quarantine rule. The second weekend of racing at Silverstone will be F1's 70th Anniversary Grand Prix.

Formula 1 will then head to Catalunya, Spain, for the sixth race of the season, scheduled for August 16. The final two rounds will be held at Spa-Francorchamps in Belgium on August 30, and Monza, Italy on September 6.

It won't be only Formula 1 on these weekends. Support races from the sport's feeder series - Formula 2 and Formula 3 - will also take place over these weekends.

All of the European races will be held behind closed doors, and there will be strict restrictions about the number of people who will be allowed into the paddock. F1 staff members will be kept apart as far as possible, while regular COVID-19 tests will keep taking place.

While the rest of the 2020 calendar hasn't been revealed yet, Formula 1 is expected to host races in Asia and the Americas towards the end of the year. A season-finale in the Middle East is expected too.