Ford to launch the new Figo hatchback in India on September 23, 2015

Ford India is on a roll this year and after the overwhelming response to the recently launched Figo Aspire, the company is all set to unleash its new contender in the hatchback space, the all new Figo. Ford will launch the new Figo in India on September 23, 2015.

Essentially the Figo is an Aspire sans the boot and Ford has ensured that the chopped effect does not render the hatchback with an ungainly look. In fact the new Ford Figo hatchback does look pleasing but we shall reserve our final comments after we sample the car.

The front end , meanwhile, has the familiar Figo Aspire look with no visual differentiation to the sedan at all. Expect similar interior space like the Aspire and similar levels of equipment. The Titanium spec on the Figo Aspire gets six airbags and we hope Ford dons the safety mantle in the hatchback segment by offering a similar spec in the new Figo. 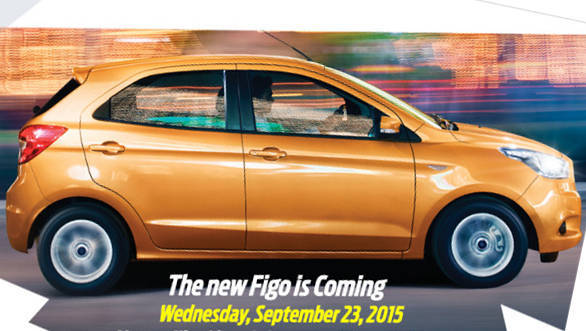 There is no word on the engines as of now, but we expect Ford to provide the 1.2-litre Ti-VCT petrol and the 1.5-litre TDCi diesel engine in the hatchback. The state of tune on the diesel engine is still a mystery but we hope that it develops 100PS to truly enthuse the customer. Expect five speed manual transmissions with  both engines. Ford may also offer an automatic transmission with the hatchback.

The previous generation Figo was a huge success story for Ford in India. That car was well built, offered good space and features. The driving dynamics were excellent and mated to the frugal diesel engine, the car managed to strike a chord with the enthusiast and family man alike. The car sold in decent numbers until recently when Ford announced that it has discontinued production of the old gen Figo.

With the new Figo set for imminent launch, Ford will hope to rewrite its fortunes once again. Watch this space for the first drive review of the new Ford Figo on September 24, 2015. 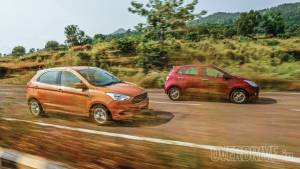 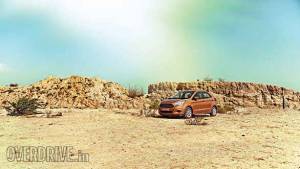