Peace and quiet -- two things that are so hard to find these days, especially when you're living the city life. After a while, you even forget how good it feels to find some peace and quiet. Which is why, we like to remind ourselves of that as often as possible, and make frequent trips far away from the reach of big, loud, populated cities. This month, we went to one of our favourite states in the country, Himachal Pradesh, but didn't do the usual Manali or Shimla run. Instead, we went to a little heritage village called Garli located on the foothills leading up to Dharamshala. Our choice of car was the Honda BR-V, with the 1.5-litre iVTEC petrol engine and a CVT (Continuous Variable Transmission). Why? Well we did want some peace and quiet, didn't we? So what's quieter than a Honda engine and more peaceful than the convenience of an automatic! Then there's also the fact that the BR-V has got so much space for all our luggage, even with the versatile third-row seats opened up making it a Be Ready Vehicle.

We left from Delhi at around 4.00am to avoid all the traffic, and the 400km drive, took us around seven hours to cover. The BR-V was super comfortable to drive on the fast, straight Delhi-Chandigarh highway, thanks to the supple suspension and responsive engine. At the same time, the last 50km which got quite twisty were a lot of fun thanks to the car's sharp handling. The segment-first CVT, with its Sport mode and paddle shifters made the drive up all the more exciting.

As we entered the village of Garli, we were a little unsure of what made this place special as there were just a few old buildings along the narrow main road. But very soon, as we pulled into our luxurious hotel, The Chateau, our question was immediately answered. The hotel was constructed in 1921 by Lala Mela Ram Sud as a house, which is when most of the other structures in the village were built. Garli was established as a trading township by several clans of the Sood community which moved here from Rajasthan in the early 19th century. They came with all sorts of tradesman like cobblers, carpenters and craftsmen, and worked as contractors with the British to set up Shimla. After that, they would spent winters in Garli making products and in the summers, selling these products to the British. 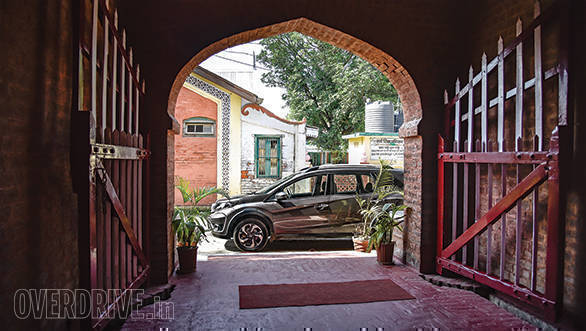 However, once we got our independence from the British in 1947, almost all of the residents moved up to Shimla permanently, leaving their houses and their past behind. Eventually, this place was almost completely forgotten by their children and grandchildren, and nature began to run its course. The buildings began to crumble through years of neglect, and in fact, that was the state of the Chateau until 2011, when Yatish and Amish Sud, Lala Mela Ram Sud's grandson and great grandson, decided to renovate the place and turn it into the beautiful heritage hotel you see here. The hotel, like most of the other buildings in the village, have a very unique architectural style which is mix of Portugese, British, Kangra (the local region), Rajasthani and Islamic. In the Chateau for instance (refer opening page) the design of the top floor was inspired by Portuguese architecture, the middle floor was Kangra design, and the ground floor was colonial. In some of the other houses, you'll find a mix of Portugese, Rajasthani and Islamic. Unfortunately, not all the houses have stood the test of time, and have crumbled to the ground. 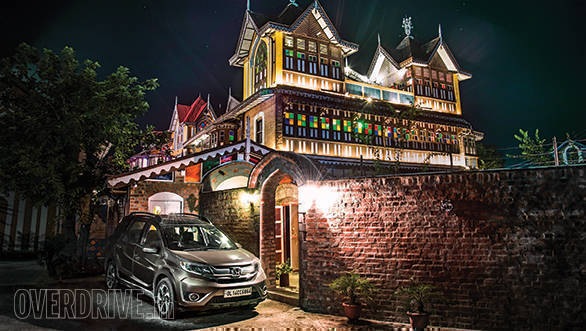 But a walk through the village isn't the only thing one can do at Garli. The village is located very close to a handful of tourist attractions, and we even managed to visit four of them in one day. The first place was the ancient monolithic Masroor temple -- a rock cut Shiva temple around 60km from Garli. The structure was heavily damaged by an earthquake which hit the area in 1905, but most of the temple still stands strong. From there, we headed to the Kangra Fort, one of oldest and largest forts in India built as a part of the ancient Trigarta Kingdom. The legendary fort was supposed to be almost impenetrable, and withstood over 50 attacks from almost every king that ruled in the north, before the Mughals managed to capture it. 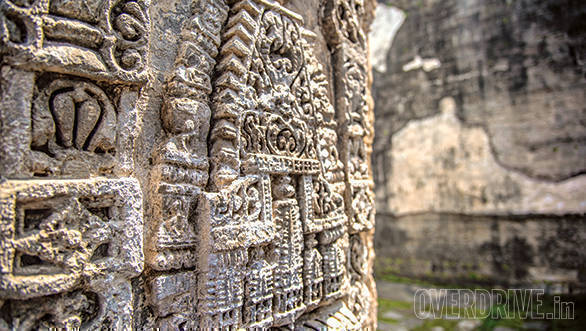 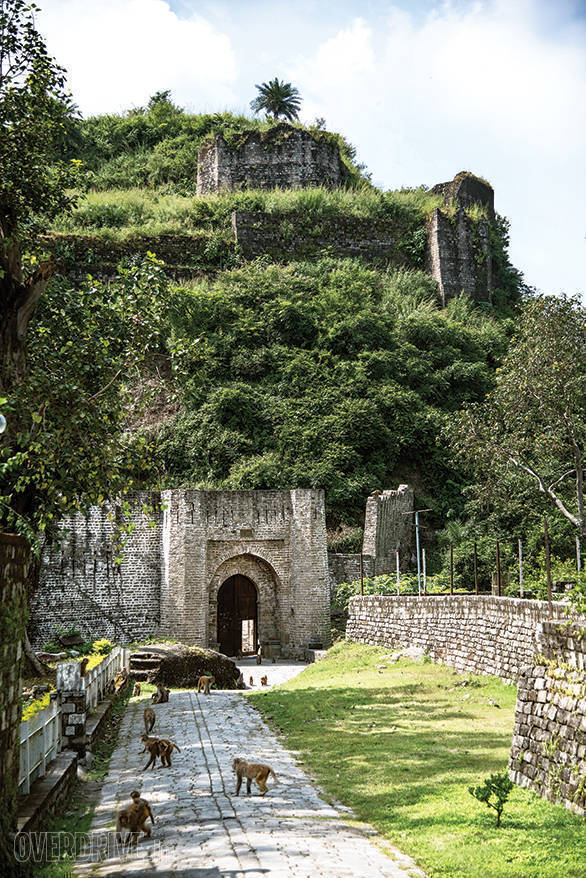 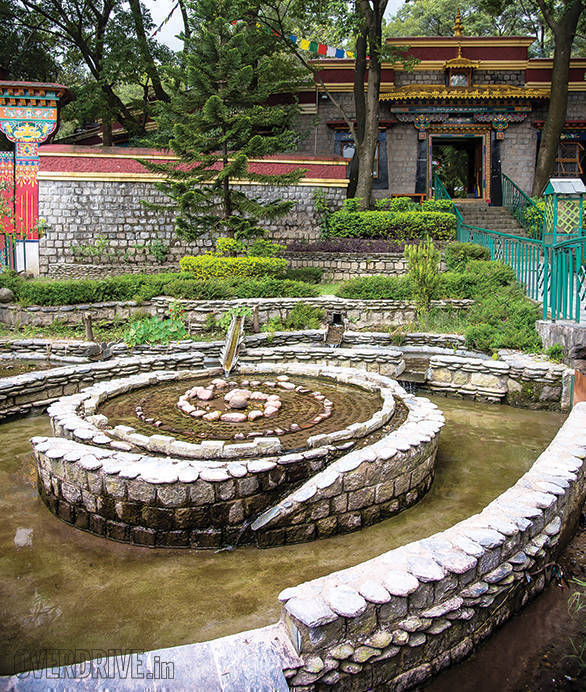 The Pong Dam Reservoir is a stunning sight to visit 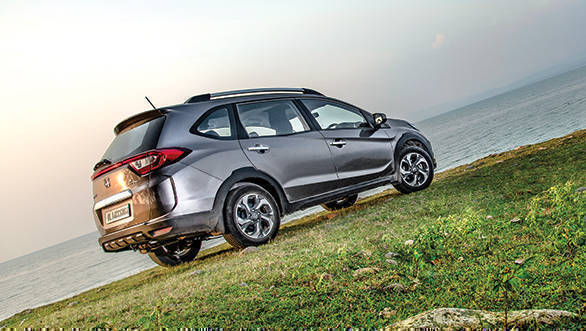 From Kangra, Dharamshala is just about 30km away, and 7km short of it is the Norbulingka Institute. While there is a Buddhist temple inside, the main aim of this institute is to preserve Tibetan culture and holds workshops on learning to create Tibetan art. 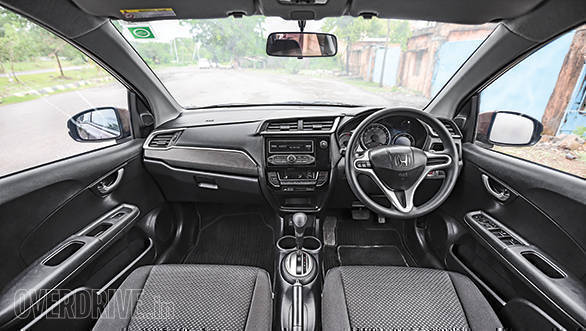 The BR-V's interior feels very upmarket thanks to features like climate control and a digital display in the instrument cluster. The BR-V's versatile cabin is unbeatable

From there it was back downhill towards Garli, but we made a quick detour to the Maharana Pratap Sagar or the Pong Dam Reservoir. It is the highest earth fill dam in India and covers a humongous area of around 60,600 acres! Getting there would have been a bit tricky in regular cars because of the broken roads in several places, but the Honda BR-V with its high 210mm ground clearance and supple suspension cleared them all without breaking a sweat! 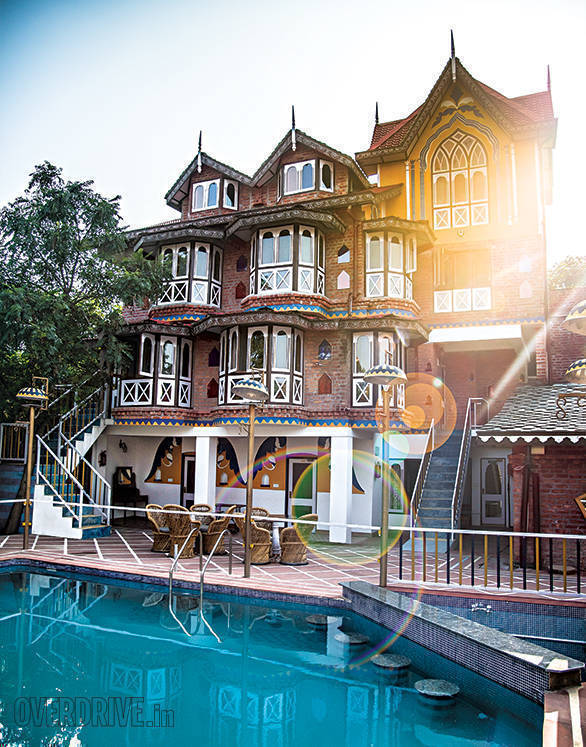 The Chateau Garli is one of the most unique hotels you'll find in India. Most of the buildings in Garli have a distinct mix of architectural styles. The Honda BR-V, with it's bold exterior design, looks very much at home out here in the countryside

After that, it was back to The Chateau in Garli where we spent the night listening to live Sufi music before calling it a day. The next morning was our drive back to the hustle and bustle of the city. But we weren't sad -- we were just happy that we got enough peace and quiet to last us a while!