A visit to the city of Aurangabad is like a journey back into the history of India, from the uprising of 1857 all the way back to the 2nd century BC, which is when some of the caves in Ajanta were carved. It's also seen its fair share of name changes over the centuries and was also known as Khadki and Fathenagar before being dubbed Aurangabad in 1653, during the rule of the Mughal king Aurangzeb. It's known as the City of Gates for the many fortified gates scattered around the city. It's also world renowned for the two UNESCO world heritage sites that lie in the district  the Ajanta and Ellora caves. Today Aurangabad is also one of the fastest growing cities in the country with a number of large industries setting up shop here. We decided to make the drive to Aurangabad in the Hyundai Grand i10 and the hatch was brilliantly suited for the 350km trip from Mumbai. We chose the less common route heading to Pune via the expressway and then on the Aurangabad via the Ahmednagar highway. This way we made good time on the expressway and once past Pune the roads were well surfaced with very little traffic. We reached our destination in good time and spent two days immersed in the wealth of sights on offer. Covering just the Ajanta and Ellora caves is a two day affair and, truth be told, we had to rush through some of the sights due to a sheer lack of time. We recommend that you plan to stay for a week to cover everything at leisure and at least four days at the bare minimum. In the end this journey back in time was a welcome change from the beaches, hill stations and adventure destinations that most vacations have become. 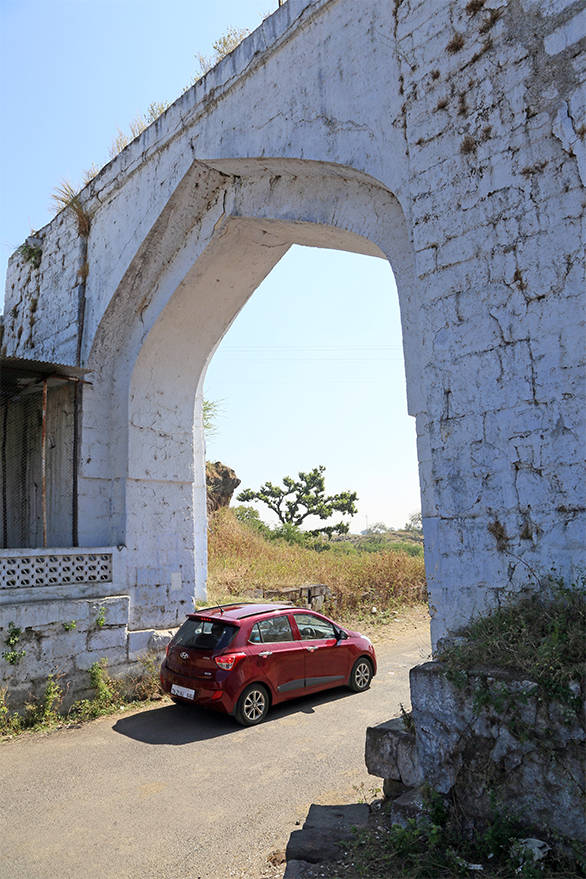 Visually stunning
While Aurangabad may look like any other developing city, complete with the manic traffic and crowded roads, it does hold some beautiful historic sights, both within the city and the surrounding areas as well.
The Ajanta caves are one of the finest examples of Indian wall painting and Buddhist architecture. The 28 odd caves lie a hundred kilometres away from the city. They are estimated to date back to the 2nd century BC and were actually hidden by the forest from the rest of the world for decades. It was only in 1819 that they were re-discovered by a British soldier out hunting tigers. Looking at the paintings, it's hard to wrap your mind around the fact that they were painted thousands of years ago by extremely skilled artisans and are a testament to the creativity that existed during this period. For the history buff it's advisable to set aside a whole day to take it all in rather than breeze through all the caves on a schedule. 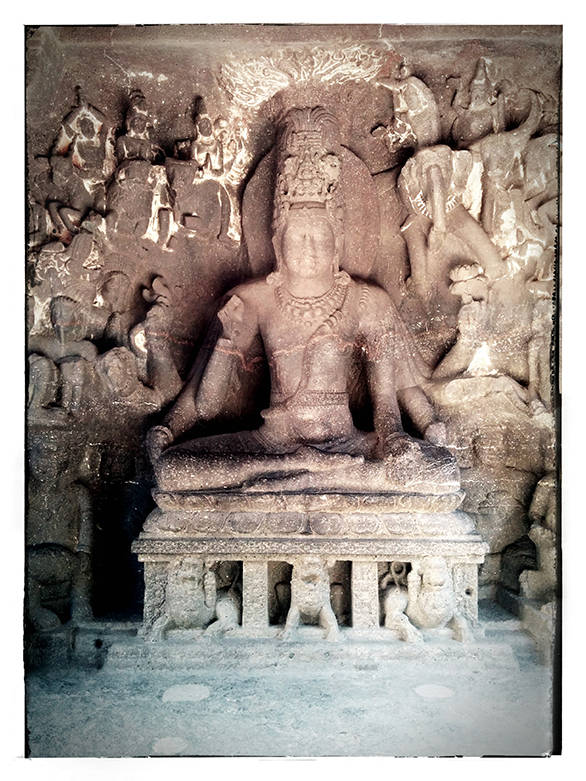 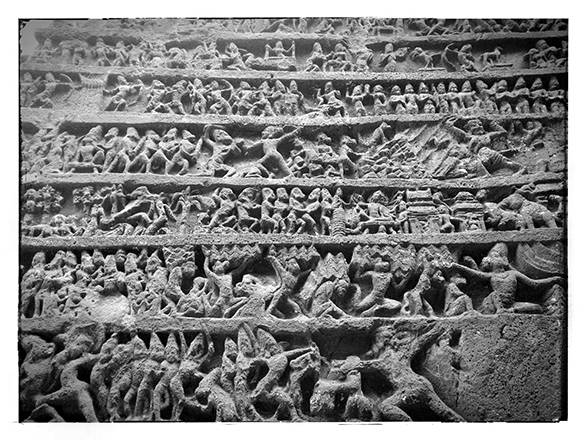 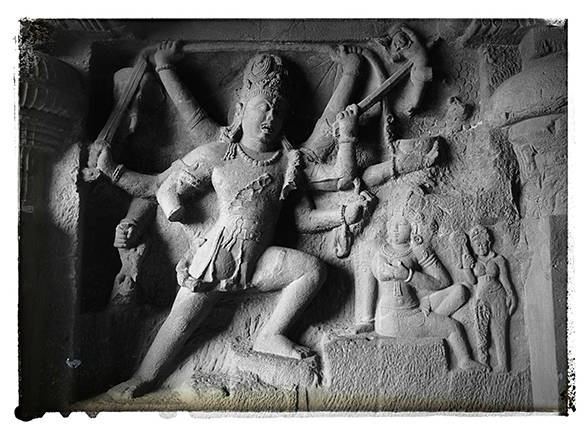 The Ellora caves consist of a number of caves carved into a hill range roughly 30 kilometres from Aurangabad between the 6th and 10th century AD. There are three distinct sections that the caves are divided into i.e. the Jain, the Hindu and the Buddhist caves sections. They are all carved out of the vertical rock face of the Charanadri hills but the 'must see' is by far the Kailasanatha temple, dedicated to Lord Shiva. This monolithic structure is carved entirely out of one piece of solid rock and took hundreds of years to construct and would have been constructed by many generations of craftsmen.

Constructed in the 14th century and located just a few kilometres away from the Ellora caves lies the Daulatabad fort. It was once the seat of the Tughluq dynasty when Muhammad bin Tughluq shifted the capital from Delhi to Aurangabad, only to shift back two years later due to a lack of water for all the people he had forced into making the migration as well. It was a naturally well fortified location, having being built on a conical hill with just one path of access to the very top which was also easy to defend. It's a long way to the top so prepare yourself for a good workout. Once you reach the top the view is breathtaking and well worth the climb. The Bibi ka Maqbara is Aurangzeb's tribute to his first wife Dilras Banu Begum and was built some time in the middle of the 17th century. It's located in the heart of the old city and bears a striking resemblance to the Taj Mahal. It's easy to differentiate the two though by comparing the size of the dome to the minarets. The Taj's dome towers over its four minarets while the opposite is true for the Bibi ka Maqbara. 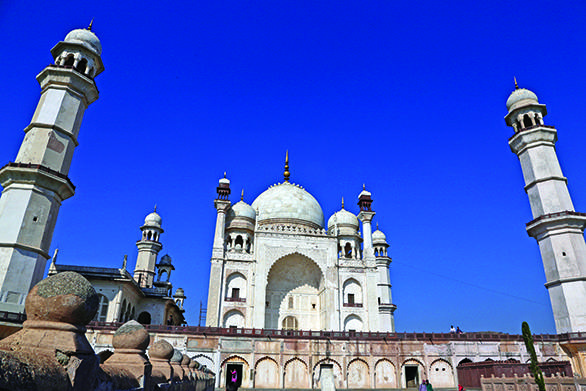 These are the more famous attractions around the city but there is a lot more to see like the Panchakki (water mill), the Jamma Masjid, the Salim Ali Lake and Bird Sanctuary and Aurangzeb's tomb. So as you can see there is a lot to see and do in Aurangabad hence the recommendation to spend a few days here to take it all in. The festival
Maha Shivratri is a Hindu festival celebrated across the country in worship of Lord Shiva. And the most revered of places to perform the ceremonies are at any one of the twelve Jyotirlingas scattered all over India. These are of special significance as these lingas have naturally appeared at these locations and the temples were built there later. The Grishneshwar temple, located about ten kilometres from Daulatabad is one of these twelve temples and hence the festival is celebrated with great gusto in the area. Devotees arrive at Shiv temples early in the morning to participate in the puja and they spend the rest of the day in offering prayers to Lord Shiva and other rituals. This consists of the offering of milk, clarified butter, curd, honey and other such offerings in a ritual that continues throughout the night. It's a day of pure worship as the saying goes that a sincere devotee praying on this day is absolved of all sins.

For our mini vacation the Hyundai Grand i10 was brilliant and it was easy to dart through the dense cycle and two wheeler traffic in the narrow lanes of the old city. It was equally at home on the highway on the journey home too. The diesel engine is a frugal mill and this meant much fewer stops to fill her up.
Aurangabad surprised us with a wealth of historic sights and we actually ended up falling short of time to see it all. The city really does transport you back to many places in time and you can help but wonder what life would have been like in every single one of them. This is really one of those places that deserves a place on each and everyone's bucket list. All images shot on the Canon EOS 6D 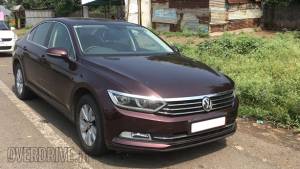 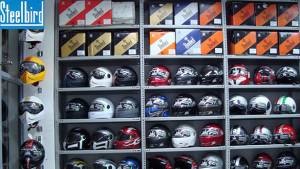