We have all read about how important soldiers are for any nation. They are required to follow the highest order of discipline and safeguard the borders of their country, irrespective of the dangers and challenges they face. And if need be, they have to be willing to sacrifice their lives to protect the motherland, keeping the country's interest before their own. We at OVERDRIVE have been covering the length and the breadth of the country to visit different war memorials to pay a tribute to these brave souls. For this edition, we have travelled to the north of India to pay a tribute to the sacrifices of these brave soldiers by visiting the Punjab State War Hero's Memorial and Museum in Amritsar. And it didn't end there as we also drove all the way up to the Indo-Pak border in Wagah. 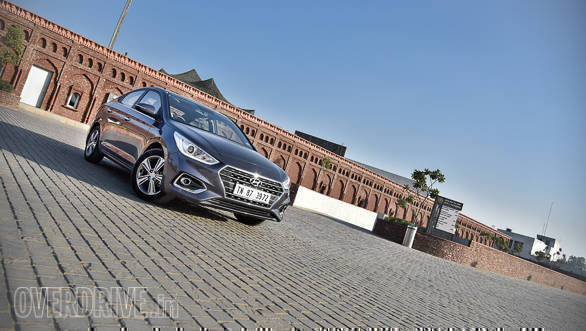 For a special trip like this, even the car had to be as special. And that is the reason we chose the new-gen Hyundai Verna, a sedan that recently won the prestigious Indian Car of the Year 2018 award. Thanks to the numerous storage options and capacious boot of the Hyundai Verna, packing all the essentials for this trip was a cinch. We started from Delhi and took the NH44 that runs through Ambala and Ludhiana. It is a beautiful stretch of well-laid tarmac with a scenic background of lush green fields and tall trees guarding it. Our Hyundai Verna was a petrol 1.6 that makes 123PS of power and generates 151Nm of torque. The motor impressed us with its effortless response on the highways whereas the 6-speed gearbox showed its strength while dealing with the city traffic as we reached Amritsar. 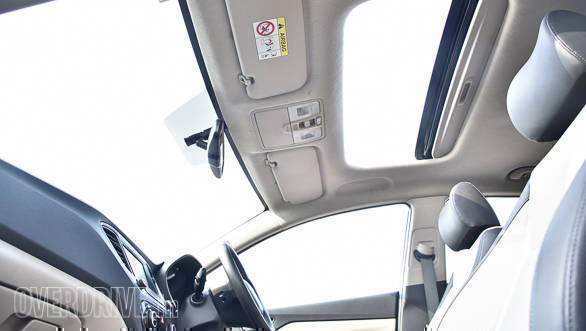 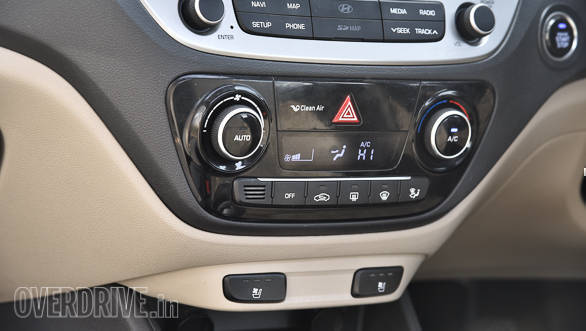 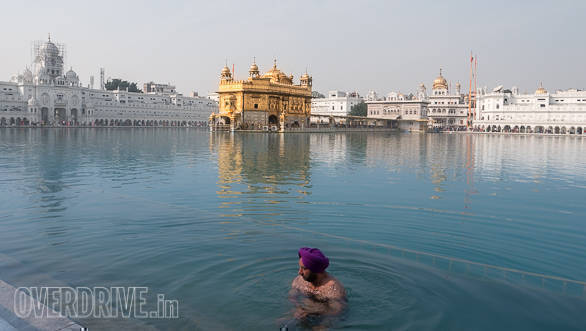 Amongst the many wonderful things that make Amritsar special, the most important one is the Sri Harmandir Sahib also known as the Darbar Sahib or the Golden Temple. It is the first official and the most holy Gurdwara of Sikhism. The Golden Temple has four entrances, symbolic of the fact that it welcomes everyone- irrespective of gender, caste, creed or religion. It is said that the construction of the Golden Temple symbolises the harmony between Hindus and Muslims in the country. 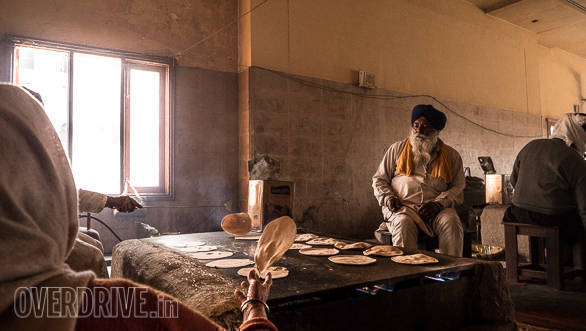 That't the kitchen of the Golden Temple. A place where your religion and sex does not matter as everyone contributes uniformly. 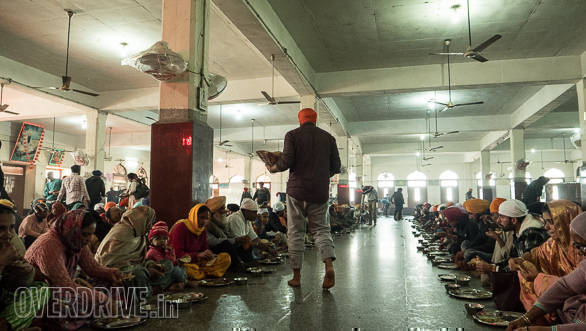 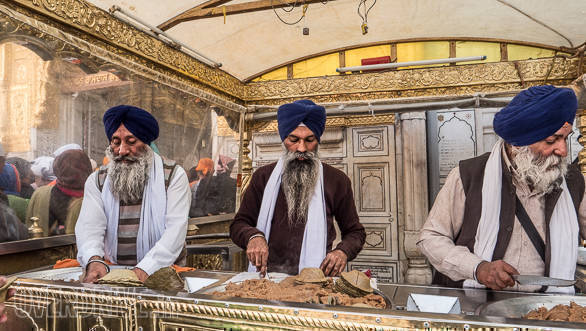 Volunteers at the Golden Temple preparing prasad for the devotees

We then proceeded towards the Punjab State War Heroes' Memorial and Museum. It is one of the newest and most modern memorials in India built at a budget of Rs 130 crore. The memorial is spread across an area of 7.4 acres and is located at the Amritsar-Attari Road on NH 1, also making it an important landmark considering the Indo-Pak border is not too far away. The war memorial has exhibits and galleries from different episodes of Indo-Pak wars as well as other battles. The highlight of the museum is a 45-metre high stainless steel sword that weighs close to 80 tonnes and was made in a period of four months. 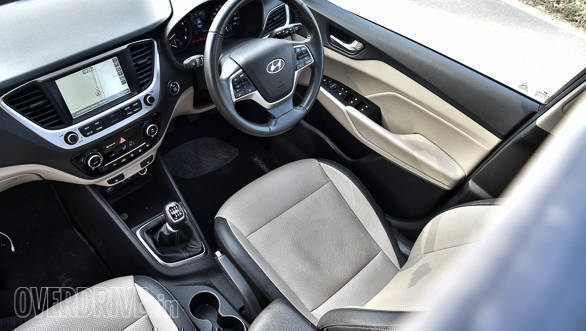 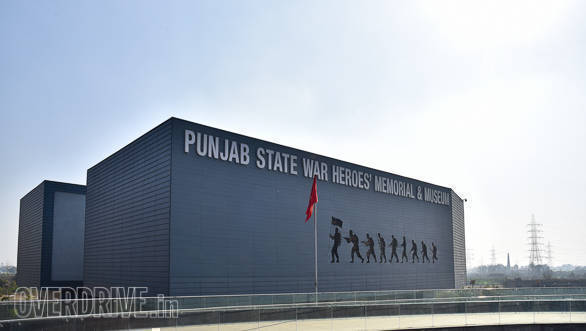 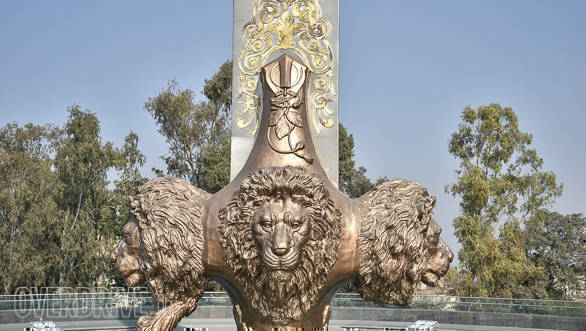 The highlight of the museum is a 45-metre high stainless steel sword that weighs close to 80 tonnes and was made in a period of four months.

The sword is meant to be a tribute to the courage and bravery of the natives of Punjab who lost their lives fighting for the nation. Additionally the museum also houses a decommissioned MiG 23 fighter aircraft, a Centurion MK VII tank as well as Sherman M4 and Patton tanks of Pakistan that were captured by Indian forces. The other important chapter, displayed at the museum, is the Battle of Saragarhi where 21 Sikh soldiers of the 36th Sikhs fought to death against 10,000 Afghans. This battle, led by Havildar Ishar Singh, is widely acknowledged as one of the greatest last-stands in military history. 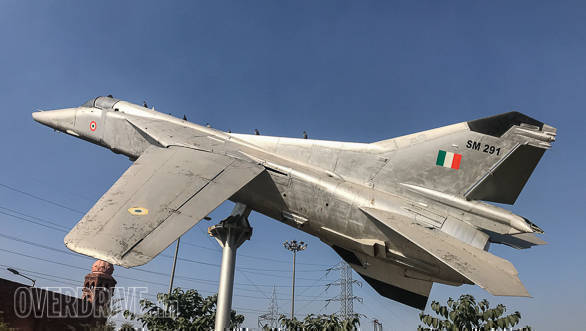 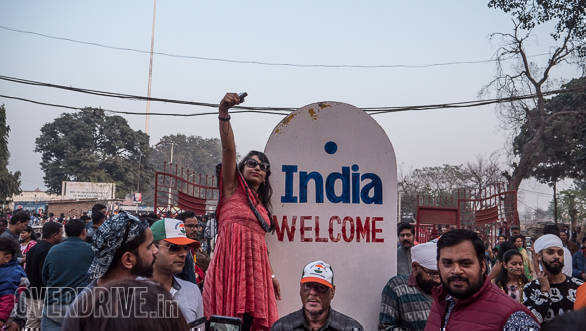 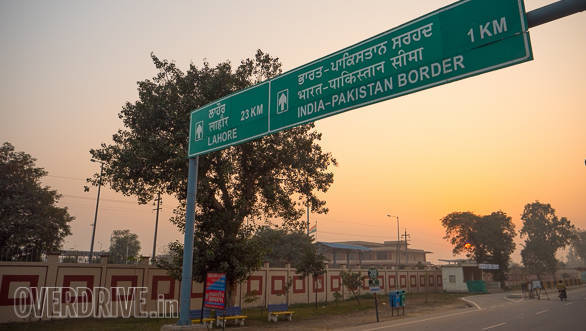 Our final destination was the Indo-Pakistan border in Wagah. We did make it in time for the Beating Retreat ceremony that takes place everyday before sundown every evening. It is here that one feels the sense of true patriotism. On one side stand crowds cheering "Bharat Mata ki Jai" and on the other side the slogan "Pakistan zindabad!" is shouted. The atmosphere here is energetic. And one gets the sense that while each person shouts a slogan that sings the praises of his or her own country, there is no animosity between the citizens of two different nations. Standing at the Wagah border is an experience in itself, for it brings to light the importance of unity in diversity. It highlights how while we might be different in so very many aspects, what brings us together is an unparalleled love for our Motherland. 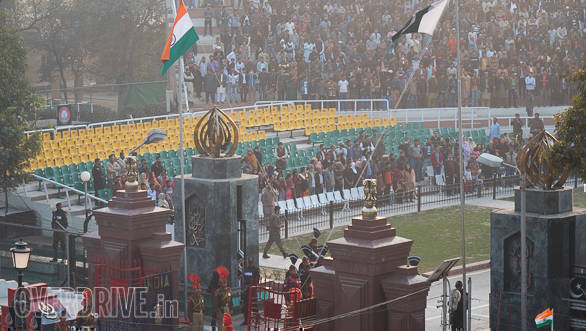 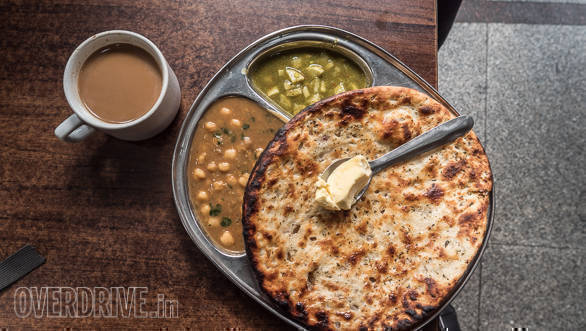 That's Onion Kulcha with dollops of butter, something that you will find almost everywhere in Amritsar 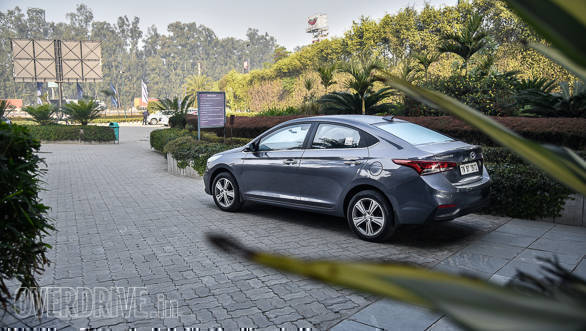 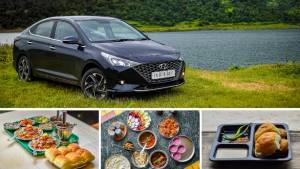 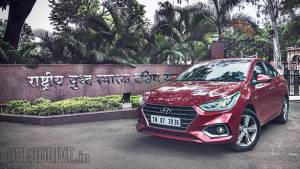