In the previous installment of Simple Tech, we talked about pure electric cars and how they might revolutionise present day mobility. Electric cars have massive challenges before they can become widespread and viable. Charging infrastructure and battery technology both have to develop further before troubling issues like range anxiety and long charging times can be laid to rest. The other path-breaking environment-friendly technology is the fuel cell which we will discuss next issue but even those are still way too expensive to be popular. An immediate, if intermediate, solution to our greenhouse gas troubles lies in hybrids. 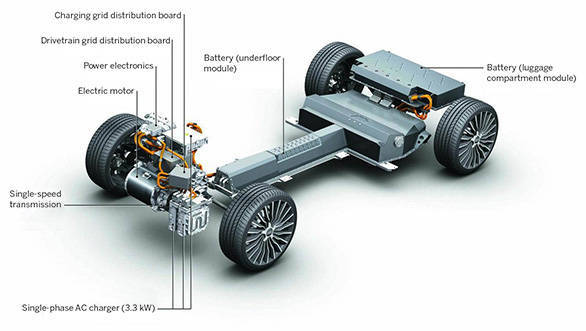 There is some consolation in the fact that today's petrol and diesel engines are highly intelligent and efficient using numerous electronic systems to accomplish unbelievable emissions performance. But we still need to do more if we're to save our planet. Hybrids are a good solution. They team up an internal combustion engine with an electric motor so that they together return the same or better performance while consuming a lot less fossil fuel as well as reducing tail pipe emissions. The demise of the internal combustion engine is still some time away and until then, it is hybrids that're going to make them as environment-friendly as humanly possible.

A hybrid drivetrain is a layout which combines more than one power source to drive a vehicle, either directly or indirectly. A setup where the electric motor or the petrol/diesel motor can together or individually drive the wheels is called a parallel hybrid. This is the setup that powers cars like the Honda Civic Hybrid or the Toyota Prius. In a series hybrid, typically, only the electric motor drives the wheels drawing power from a battery. When the battery is low, a small petrol or diesel engine is woken up and its output is used to charge the battery or drive the electric motor directly. This is the layout that the Chevrolet Volt, for instance, uses.

To control the flow of power, an onboard computer works out as the most efficient way to use both the power sources. Typically, low speed city traffic might call for battery-only running while, say, full acceleration might require both the internal combustion engine and the electric motor to contribute their torque. Similarly, most electric motors in a hybrid application are usually reversible which means you can also use them as generators to charge the batteries. This is the way regenerative braking happens. When you apply the brakes, the motor switches direction and instead of burning off kinetic energy as heat as is the case with normal brakes, this system can re-harness some of the motion into electricity that can be used for propulsion later.

The final case is highway cruising, where a hybrid could use much less engine to maintain speed relying on the motor instead to drastically drop fuel consumption. On the flip side, the availability of torque from an electric motor can lead to the employment of a much smaller petrol or diesel engine without affecting performance while returning excellent fuel economy.

There is more. For example, the engine can be tuned - especially in series hybrids - to run in its most efficient rpm range for the entirety of its service life. All engines have an rpm range specific to them but keeping them running in that zone as you drive daily is impossible. The Toyota Prius takes these ideas even further by switching from the usual Otto combustion cycle to the Atkinson which produces less power but is notably more efficient.

Under the car's skin, the hybrid drivetrain is very complex but the beauty of it is that driving a hybrid is very much the same as driving a regular car. Some hybrids now add a plug-in charger so you can use your home/office electricity to charge batteries once you're done with the car. This is about the best that current technology offers at the moment and it isn't perfect from as far as the environment goes, it's better than running fully on fossil fuels.

You might wonder whether hybrids - quiet, slow, heavy and expensive - will rob us of the fun of driving. Of the joy of listening to an engine throbbing with life and power. Not necessarily. Three very famous car manufacturers coupled electric motors to their glorious engines to produce implausibly powerful and fast cars that are at the top of today's supercar food chain - the McLaren P1, the Ferrari LaFerrari and the Porsche 918. Even Le Mans cars are going down this road very fast and hard and you can bet electric propulsion will find homes in more exciting cars, on track and on the roads too.