If Europe was the birthplace of the car, the USA is where it was democratised. And this transformation from a plaything for the rich to an effective transportation tool was no more apparent than in the decades after the Second World War, right up to the turn of the millennium. 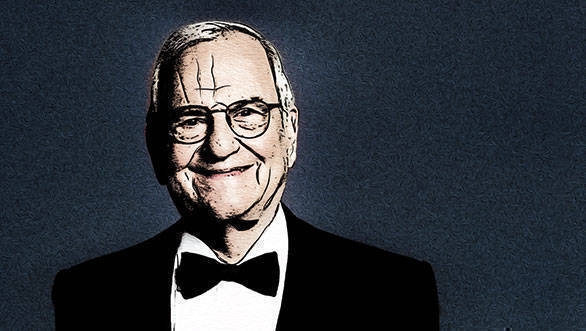 There were a few good reasons for this. America had emerged as the world's foremost nation at this time. There was money to be made and dreams to be fulfilled, and the car was the best medium for this. Then there were the car companies themselves. GM, Ford and Chrysler were the torch-bearers of this growth, each with a unique sensibility and appeal. You took sides in this three-way fight for dominance and looked up to the slick, hardworking guys making this possible. And no one caught the people's eye more than Lee Iacocca. By the late 1980s, he was popular enough to consider a serious shot at the US presidency, even appearing in Chrysler's commercials when he wanted people to buy them, after having given Henry Ford II enough food for thought that he chose to fire him. 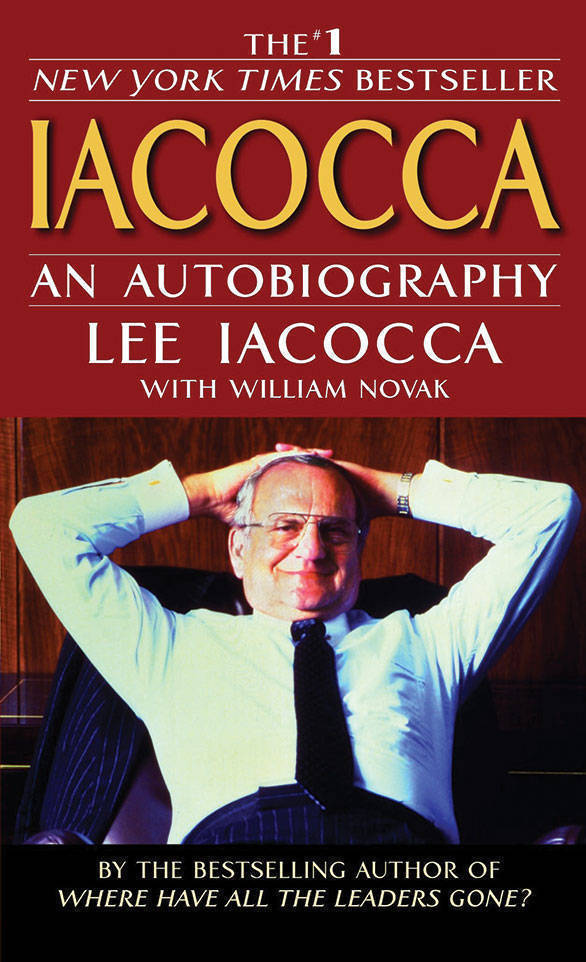 Lee Iacocca also co-authored many books, the most notable of these is Iacocca: An Autobiography. He wrote this with Willam Novak, and is his biggest literary contribution. This book is a must read if you like cars, have an interest in how they're made or just want to know how big businesses are run

Iacocca worked at Ford for 32 years, starting in 1946. He started in the engineering division but quickly moved to sales, where he flourished. But his breakout year was 1956. He introduced the '56 for 56' sales campaign, in the Philadelphia district, where he managed sales. The scheme offered buyers cars for as low as $56 in monthly payments. This was a huge success and was replicated countrywide. By 1960, he was heading the Ford division of the Ford Motor Company and by 1970, he had become president of the entire operation.

His biggest contribution to Ford though was his role in bringing the Ford Mustang to market. He perfectly gauged what the newly prosperous 'Baby Boomers' wanted from a car and found an economical way to make it. The Mustang looked like a million bucks, was compact, but also practical enough for four people. It received an almost manic response from the car-buying public and put Iacocca on the cover of Time magazine. 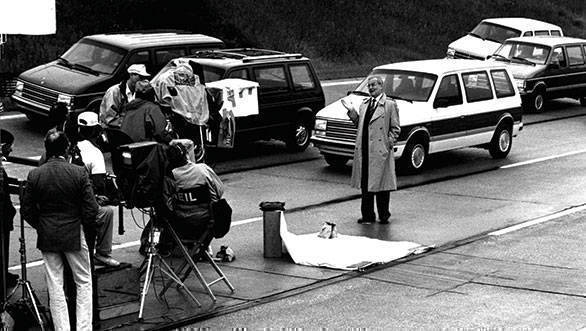 Aside from other achievements like reviving the upscale Mercury brand, Iacocca's career's lowest point also came around this time with the Ford Pinto, where he chose to save money rather than give buyers a safe car.

While his time at Ford shaped what cars Americans bought, Iacocca's stint at Chrysler defined how car companies were run, first in America and then elsewhere in the world. By the time he started here in 1978, the confidence of the 1960s had given way to some grim realities. The oil crisis of 1973/74 and measures to control how much pollution cars made had caught the Americans napping, and paved the way for the Japanese. The big, inefficient and not very well made American cars couldn't compete with the practical, fuel-efficient cars from Honda and Toyota. Chrysler was the worst hit. 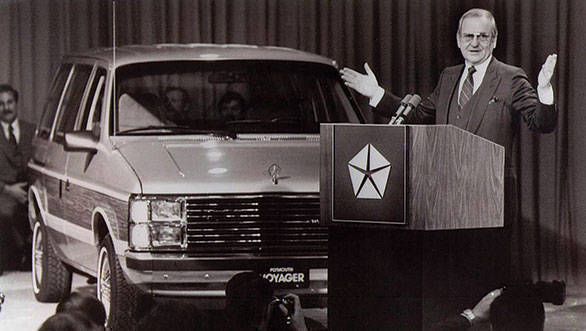 Iacocca's reaction to this would change how car businesses are run for good. He argued with the Congress that the company was too big to fail and secured $1.5 billion in federally guaranteed loans. In return, he met the Congress' demands that Chrysler raises $2 billion by cutting costs and arranging for concessions from other parties interested in Chrysler's survival like labour unions. In doing so he introduced new body styles like the minivan and small, efficient K-Cars, the first convincing challengers to Japanese imports. By this time his popularity had reached levels big enough for Iacocca to feature in an ad campaign featuring himself and release a bestselling autobiography. He also bought American Motors, a small carmaker that owned the Jeep brand at the time. A move that holds FCA is very good stead even today.

There were a few detractors who questioned Iacocca's larger than life approach and his eventual overexpansion of the Chrysler Corporation by the time he retired in 1992. His credibility took some more beating when tried to be part of a hostile takeover of Chrysler in 1995. But the reason behind Iacocca's appeal is quite apparent. He personified the 'American Dream', rising from his small-town middle-class beginnings to money, fame and influence, via hard-work, skill and confidence. It was the ideal world every one of that generation, having faced the hardships of the Depression and the War, wanted for themselves. And Lido Anthony "Lee" Iacocca was one of their own who made it there. 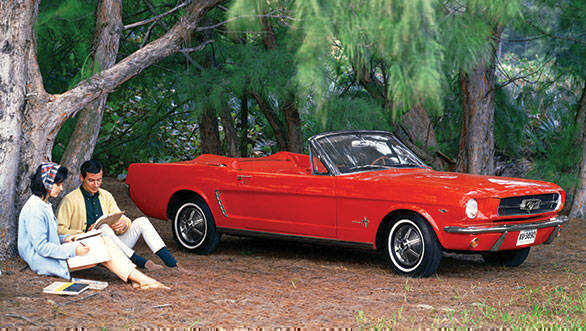 It's the car that changed American motoring forever. It took the fairly straightforward running gear of the contemporary Ford Falcon family car and repackaged it for instant success. The Mustang's blend of style, practicality and manageable size was exactly what buyers wanted. Prices started at $ 2,500 in 1964 and there was one for everyone, right from the college-going yuppie to Tilly Masterson in Goldfinger. Its impact on the car world can be gauged by how relevant it still is, Ford plans on expanding the Mustang line to include an electric SUV and you can already get one with more than 700PS.

An actual case-study in how to not sell a car. The Pinto was small-car developed to compete with the Japanese. Iacocca wanted the car to not cost more than $2,000 and be developed with 25 months. Deep into development, engineers found that in low speed rear-end collision, the Pinto's fuel tank could be easily ruptured, a major fire risk. Instead of fixing this, which would have cost approximately $113 million, Ford found that it would only have to pay $49 million in damages to owners of vehicles which caught fire. In 1970, the Pinto went into production but authorities only addressed the issue by 1977. Ford paid a $3.5 million penalty for a lawsuit and fixed all the cars. It was later reported that upto 180 deaths could be attributed to fuel tank fires from the Pinto. This wasn't a whole lot different than competitors but the PR damage was done. 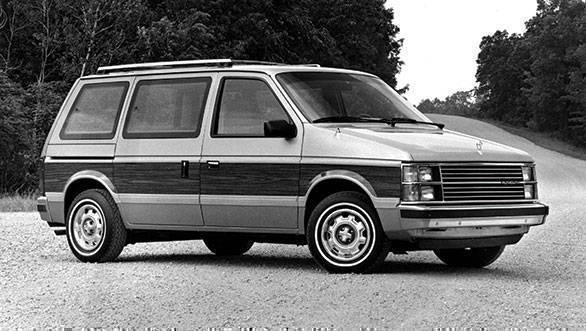 Chrysler did not invent the minivan, let's get that out of the way. But with these, for the first time, there was a car that could effectively cater to suburban American families and their very specific needs. Before this, you could either have bulky, inefficiently designed station wagons or large utilitarian vans. The Dodge caravan and its close cousins were small enough to fit in your driveway and had been specifically designed to maximize interior space. They effectively fulfilled the role SUV do now, a fact Iacocca foresaw in his stint at Ford but given his differences with Henry Ford II, only saw the light of day at Chrysler. 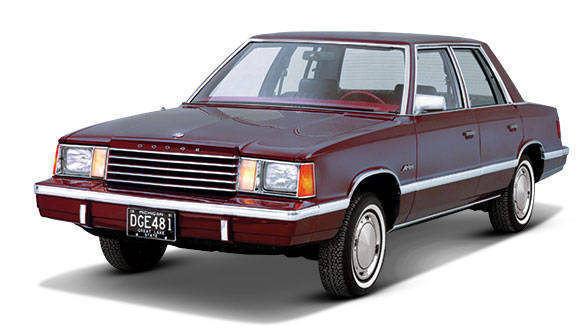 These were Chrysler's first viable contenders to smaller, more efficient Japanese competitors. The K-platform cars were a massive departure from anything Chrysler was making before. They had layouts akin to modern cars, like FWD, small transversely mounted four-cylinder engines, semi-independent rear suspension and lighter plastic trim. This massively improved flexibility and allowed the company to share platforms and components across segments, and finally drag the firm into modern carmaking. They were very popular when they were introduced in 1981 and helped Chrysler tide over its tough situation. 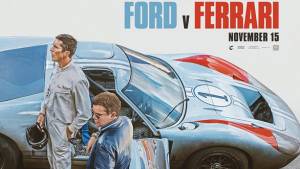 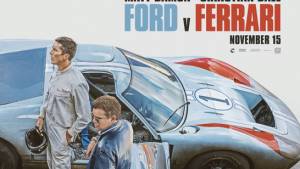 Ford v. Ferrari movie trailer out now and it...
Advertisement