Quarantine dreams: Cars that can drive you on the Moon!

Later this year, in November, it will be 50 years since man landed the first car on an extraterrestrial surface, the Moon. After two unsuccessful attempts, Russia landed the Lunokhod is what is known as the Sea of Rains on the surface of the moon and it opened the floodgates of what we would like to call 'space cars' for ever. 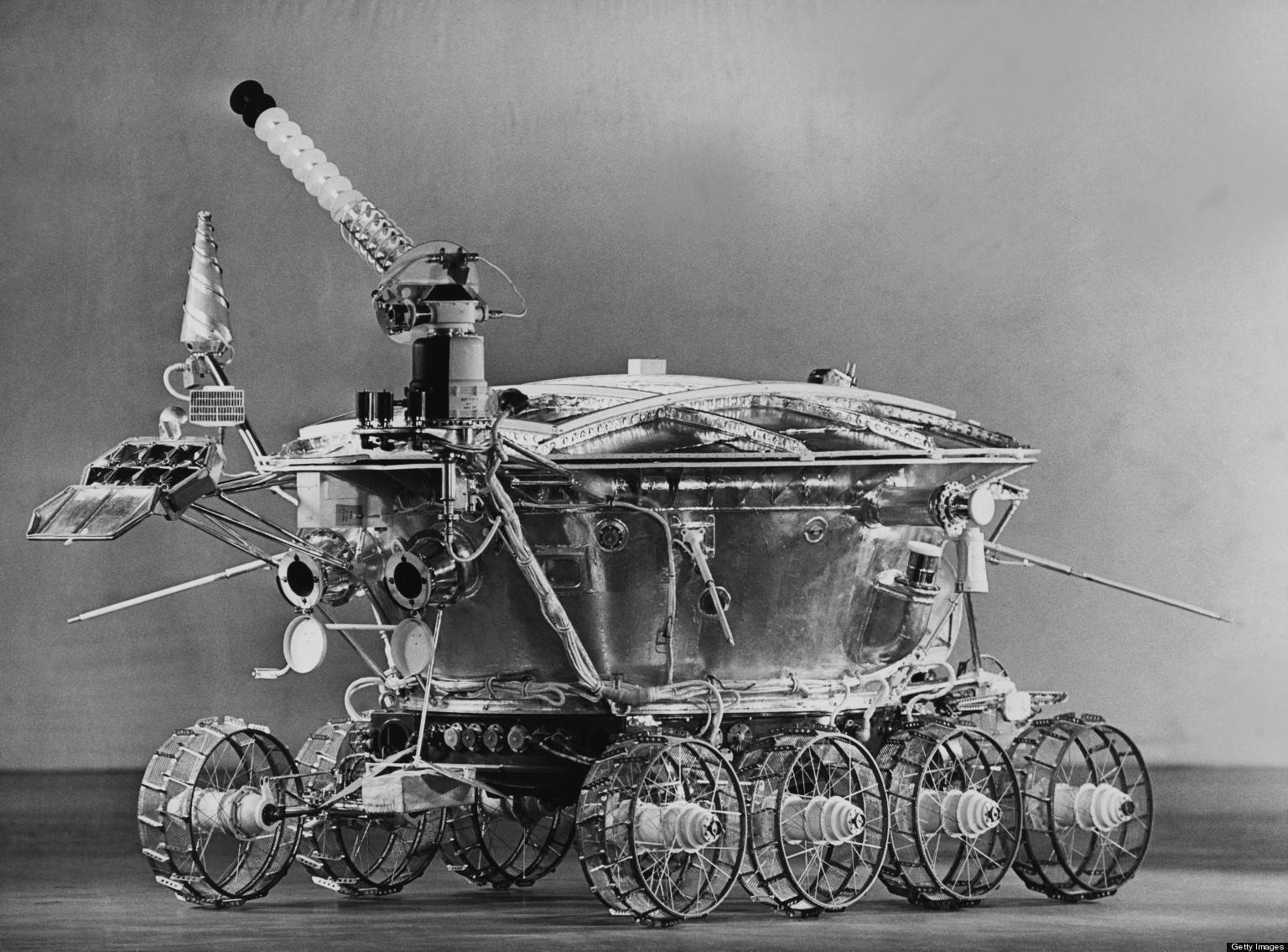 Lunokhod is the first wheeled vehicle to land and traverse a celestial object and was designed by Alexander Kemurdzhian. The giant tub which housed most of the moolah was hauled by eight specially designed spoke wheels meant to take in hits and abuse and still work, because failure just wasn't an option more like a battle tank. The eight-wheels had no tyres and had independent suspension to handle the terrain. Each wheel had a motor and a brake and the solar panels on the inside of the tub-lid charged up the batteries. 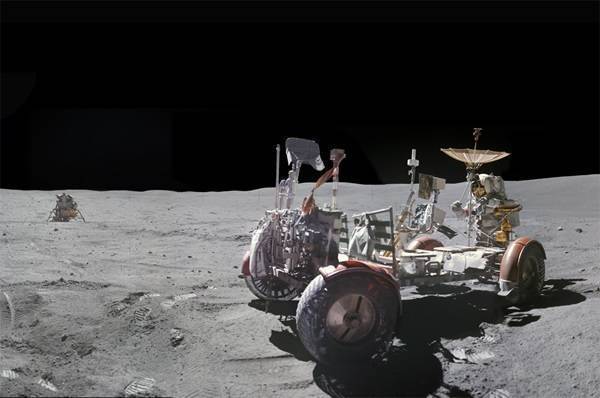 Because, the US, at the peak of the Cold War, could not bear being one-upped by Russia for too long. And that was the birth of the Lunar Roving Vehicle (also known as the LRV). While we do not have details of who all contributed to build the Lunokhod, General Motors was summoned up to build the American LRV. Which is why, the LRV, looked more car-like or a rolling chassis of a truck. The LRV could travel almost 90kms in a charge and was the first vehicle to be manually driven on the surface of the moon. The controls and buttons were specifically adapted for gloves and the seats to accommodate the space suits. Fancy isn't it?

Well, the two Russian cars and the three American cars landed on moon within a span of three years and ever since, the traffic situation has been the same. Because, humans being as insatiable as they are aimed higher  Mars. 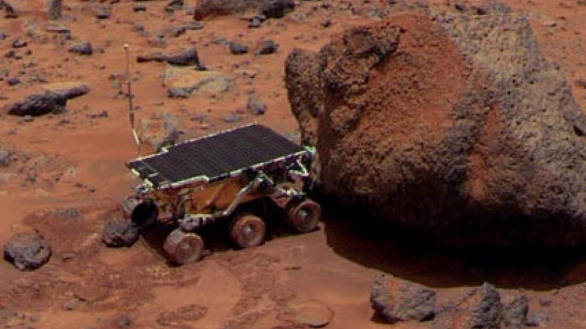 After the Moon rush, it took about 25 years for Earthlings to get to Mars. And the first successful landing was achieved by the Mars Pathfinder. This was a six-wheeled robotic car, and one of the first extra-terrestrial vehicles without a rechargeable battery. Lesser batteries meant lower weight but the downside was that it could operate only under sunlight thanks to the solar panels. The strategy turned out to be hugely successful with the Sojourner operating for more than 10 times the planned up-time, and is one of the most successful space missions yet in terms of data collection. It was just over 11kg in weight and small in size but paved way for the future Mars rovers. 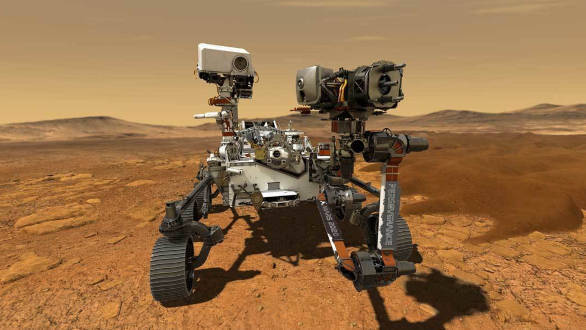 In 2004, Mars Exploration Rovers (MERs) landed on the surface of Mars. MER-A was called Spirit and the MER-B was called Opportunity. The rovers landed on opposite sides of the planet and started their mission to study Martian geology to try and analyze if there could have been life ever on the planet and of course the search for water. The MERs were also six-wheeled and electrically operated, but they were larger rovers than the Pathfinder. The wheels were mounted on folding hydraulic arms that could extend and lift/lower the rovers according to the terrain/obstacles. While Spirit still got stuck and unfortunately at such an angle that the solar panels could not generate enough power for it to drag itself out. Opportunity on the other hand went on for 14 years, till 2018, fighting sand storms and terrain to pip the pathfinder as one of the most successful space missions to be carried out by humans.

This is the largest rover ever sent to Mars and is actually the size of a car and weighs just shy of a ton. It has been on Mars since 2011 and continues to traverse the surface and has covered over 21kms. The unique suspension setup with the state-of-art wheels. It is a kind of remote controlled autonomous driving vehicle. 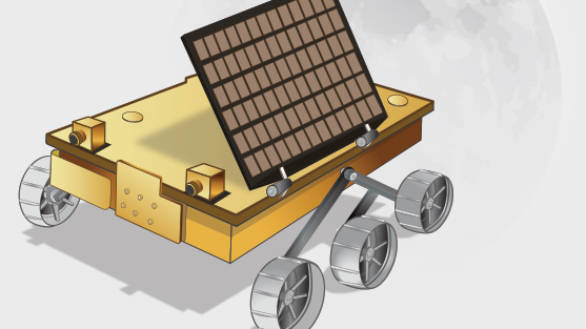 Well, while the world is at going to space, India isn't the one to be too far behind. For our own Mars project, Mangalyaan, India had also built a six-wheeled rover with a design similar to the earlier rovers we have seen. Sadly, due to the landing mishap of the Vikram lander, the Pragyaan could never be deployed.

Well, if you think this was interesting, carmakers here must have already thought about it right? Yes. So, in case NASA finds Mars habitable and we ever get to drive down there, here is a list of cars that automotive manufacturers have already built for us. 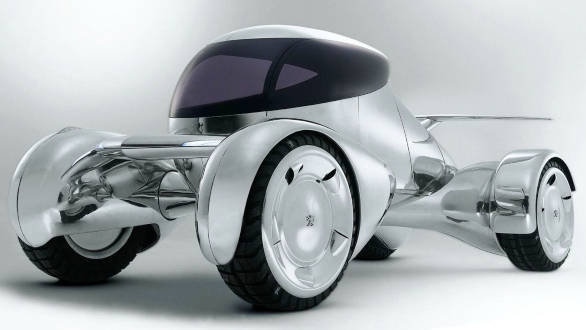 Peugeot launched a design contest to build a car that could drive on the moon and a young boy from Yugoslavia, Marko Lukovic, designed this beauty. It was showcased at Frankfurt Auto Show in 2001 and was hand-built in aluminum. The large wheels with an ultra-high ground clearance and an airplane-like body shell with a wing in the back is certainly you would want to be seen in on Mars 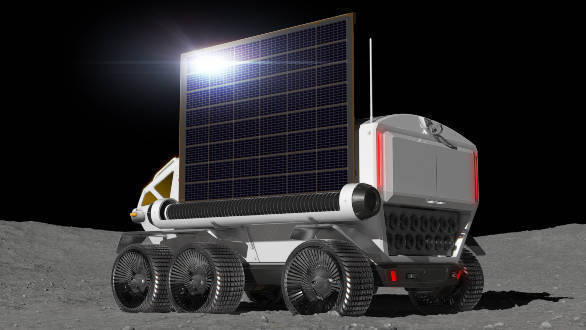 Working with Japan Aerospace Exploration Agency, Toyota has built a concept truck for astronauts for their overland journey on the moon. The 20 feet long truck is driven by six independent wheels and has a fully-pressurized cabin for two and can house four in case of emergency. This Lunar truck is powered by hydrogen fuel cells and Toyota thinks it is good for 10,000kms on the moon! 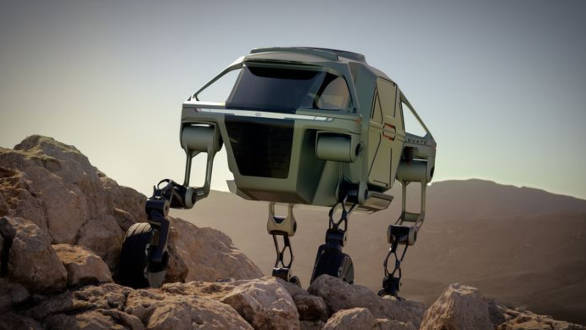 Hyundai's Elevate concept at CES 2019 turned quite a few heads. Because rather than a road car, it looked more like a mars-rover. The four wheels are attached to the Elevate body by what we can call legs but are actually robotized hydraulic arms, independent of each other. The Elevate can spider over drops, crevices and tricky terrain like a primate making it ideal for extra-terrestrial operations only after making the joints dust proof though. Last year, Edwin Senger, inspired by the Series 1 Land Rover's abilities showed us a concept called the Back Packer, an overland car that you could sleep in as well. With zero over hangs and a double-wishbone buggy-like suspension setup, the physical off-road ability of this concept seems just enough for the Moon. The high stance and Land Rover's exceptional abilities in off-road electronics would certainly come handy. All it would need though is a little more space for the space-suits to fit in. 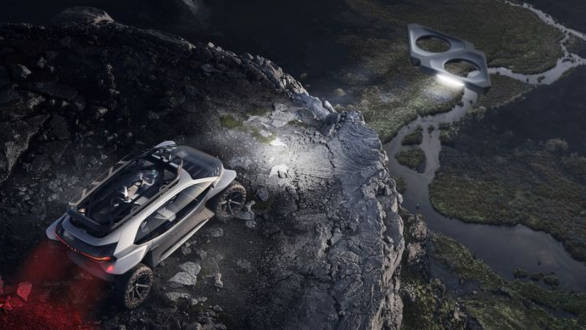 Well, 2019 saw a lot of 'inspired' off-roaders and this Audi AI:Trail certainly made the cut. It has been built for Earth, like the Land Rover, but it certainly looks like it can go up there on the Moon or Mars as a soft-roader. With a little more off-road ability engineered into it, the AI:Trail could become the SUVs of today  stylish, comfortable and swanky looking pavement dwellers. 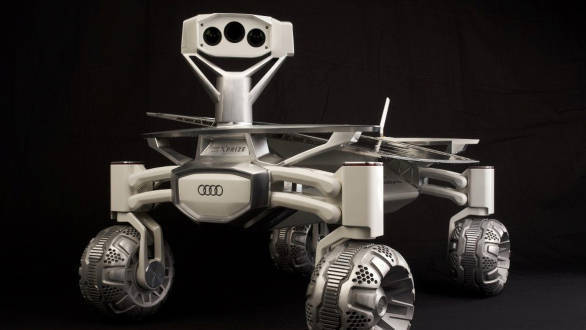 But then, there is another serious rover, built using 3D printing technology to create, small but sturdy intricate parts. Weighing just 35kg, the solar powered rover can be used to recce the extra-terrestrial surface. 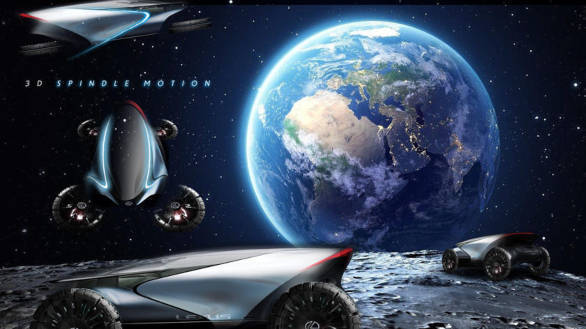 It is said that NASA is planning to send humans to the moon again by 2024 and Lexus thought, they could design a fleet for them. Well, turns out, hover-scooters, four-wheeled cars that turn into hover-cars and six-wheeled monster trucks can all traverse the moon. While the technical details are scarce, the four-wheel car that can hover sounds like the perfect space-car.

There are a few more, like Tesla's Cybertruck that Elon Musks wants to send into space, but we think, it still has along way to go before it reaches there! 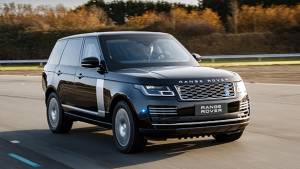