As Ferocitas, my KTM 390 Duke, neared the 6,000km mark, I could already see that my hard riding was taking a toll on the tyres. They'd been through some hard long distance riding as well as track days and they were wearing out.

Out of the blue, I got a call from MRF followed by a set of tyres for the 390. My set is called the Revz-FC1 and the Revz-C1 but MRF tells me that apart from a minor change in the tread pattern (more grooves on the outer edges), these tyres are identical to the Revz-FC and Revz-C tyres you can now purchase on the market. These tyres come in the exact sizes as the OE KTM 390 Duke tyres. The FC is 110/70R17 and the C is 150/60R17.

While MRF supplies the excellent (and identical in size) tyres for the RC 200 and the 200 Duke, KTM chose imported Metzelers for the RC 390 and the 390. These proved to be excellent tyres. But roughly a year after the 390 Duke arrived, we are getting many queries about the replacement tyres. Clearly, even among the motojournos, spending Rs 16,000 on a set of admittedly excellent Metzelers isn't an easy decision. 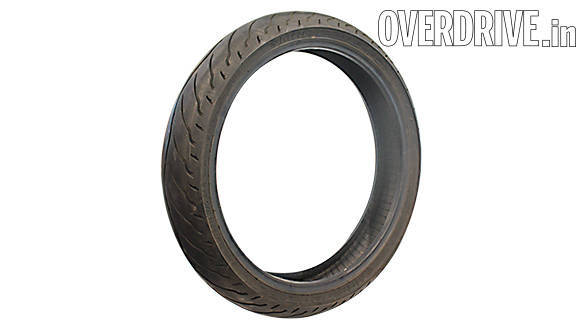 The easy alternate seems to be to opt for the 200's MRFs which are considerably cheaper. The problem there is one of speed. The 200's tyres were excellent but the speed ratings don't match. The risk is that while the 200's MRFs would probably be okay around town, a fast stint on the highway could be too much for them. 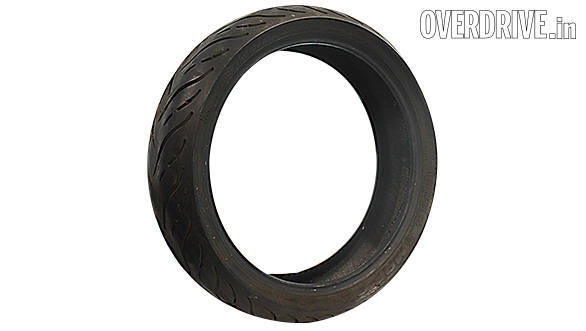 These tyres though, are new. They're radials, they're the right size and because they were designed for the 390, they have the correct speed ratings as well, MRF assures us.

I've used these tyres on my KTM 390 Duke for the past 4000-odd kilometres. And I've had a good time but let's start from the beginning. The first thing you will notice is that these tyres, especially the rear, look wider than the Metzelers and if that floats your boat then great. On the move, they're lovely, grippy tyres but it's clear from the start that outright grip isn't the same as the Metzeler but close enough to not matter in daily use. 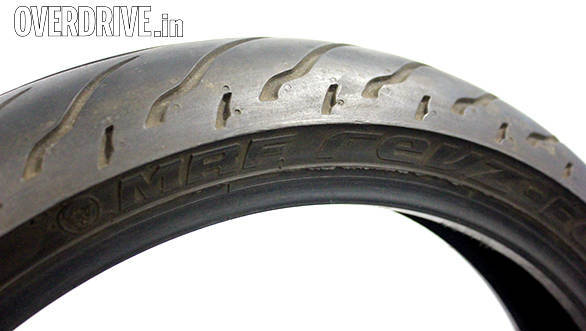 The other thing I noted and liked was that there seems to be more sidewall flex on the MRF than the Metzeler. Again, in our conditions, that makes the bike feel just a little bit more compliant over bad roads and bumps. To be honest, it's a minor difference, but you'll feel it.

In the wet, the MRFs do impress though I was able to find a slight weave set in at 130kmph plus on the slippery roads. 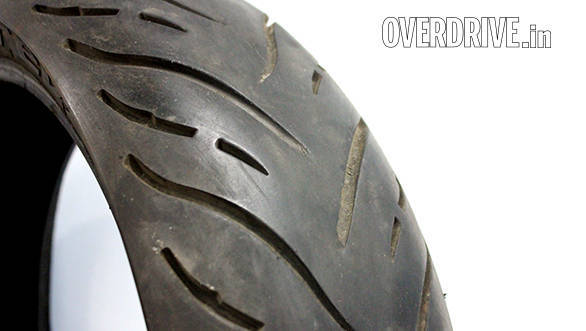 Let's be clear about this. If you wouldn't knowingly put bad fuel in your motorcycle's tank, then you shouldn't be putting anything but the best tyres you can on the bikes. They're both consumables and they're both vital to the motorcycle's operation and performance.

In a direct head to head with the Metzeler, the MRF would have slightly lower overall grip and in the corners, the Metz' stiffness makes you feel more in control. The flip side is that the MRF feels a little more plush in terms of ride quality and overall tyre performance isn't very different in daily use.

What is in favour of the MRFs is the price, which is Rs 2,683 for the front and Rs 3,600 for the rear. That's Rs 10,000 less than the Metzeler, not a deal many can ignore. And while you can get only Metzelers at KTM stores, MRF's distribution network is much larger.

Would I pick Metzelers or MRFs for my bike? Since I do manage to do five to seven track days a year and my riding is pretty intense, I'd rather have the extra grip than the money saving. But even as I write this, I know that there are many of you that will be extremely happy with the MRFs.

At: All MRF dealers and outlets very shortly