The FZ has always eluded me. Since the bike first came out in 2008, I've been planning to ride it but the plans never came through. Which is why, after the testing was done, I made up for lost time and immediately started putting the motorcycle through my daily commute.

While the motorcycle looks familiar to but slightly more compact than the original, it still feels large once you swing a leg across it and this holds true even for an exceptionally tall rider like me. The tank too is on the bigger side and it's nice to see and feel such a chunky tank when you're riding. I also find the seat to foot peg ratio to be just perfect. I've spent a lot of time on the FZ's bigger brother, the R15 and while it doesn't feel quite as nimble, it is still great for carving up traffic. 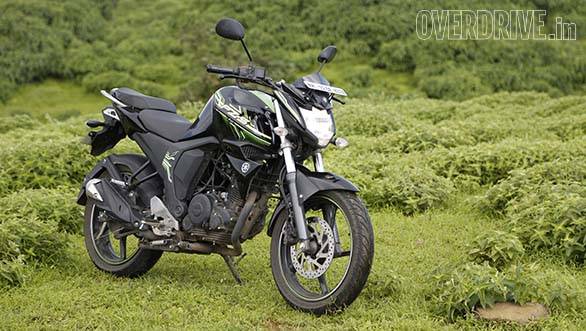 Yamaha may have detuned and downsized the engine but the fuel injection brings in a new level of smoothness to the package, I've been told. What I can say is that the FZ feels as fast as any of the current crop of 150s in the city. Out on the highway though, the motorcycle loses steam rather easily. But regardless of the revs, it remains smooth. I do think that the ride quality over broken roads could be better and that the suspension could absorb more but the FZ was always known to be on the stiffer side. There is enough room for the pillion, even with me riding but it's not the most comfortable of rear seats.

The FZ currently is returning well over 45kmpl overall and running sweet. It is time for the routine first service, after which things should get even smoother.

More from OVERDRIVE on the new Yamaha FZ-S 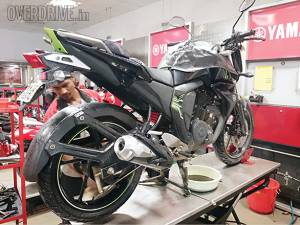 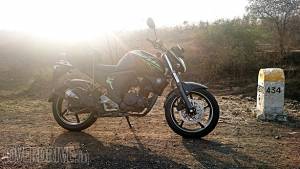 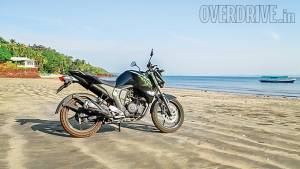