Roland Folger, MD and CEO of Mercedes-Benz India, speaks with OVERDRIVE on emission norms, autonomous tech and everything in between. Here is what he had to say. 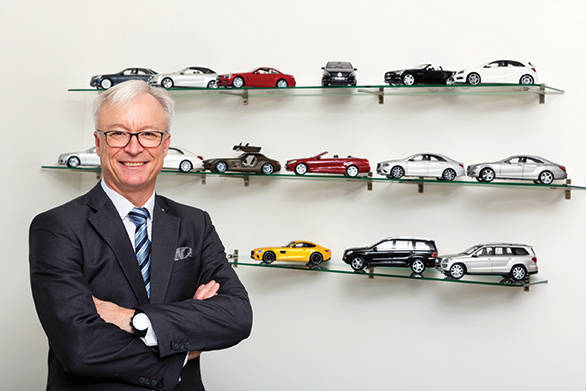 India has become a very volatile market in terms of laws and policies which keep coming up every alternate day just like the 2.0-litre diesel ban in the north. How is Mercedes-Benz preparing itself for such challenges?
RF: It is part and parcel of our automotive environment. The new laws and regulations will creep up every time. We are pretty much used to the idea that things are changing around. This recent decision to the diesel ban has come as a surprise though. In discussion with other CEOs, I found out that nobody had this on their radar. When things like this pop up, you go into crisis management mode. Our dealers in India have been very supportive, especially in Delhi with petrol vehicles. We are also making clear our concerns to the Supreme Court. First of all, there is a reason for diesels to be around because of their efficiency with respect to CO2 emissions. Diesels are also a much more efficient way of transportation. With the BS VI, you can get the emission of petrol and diesel in the same level. With the CO2 benefits, you have a much more efficient diesel vehicle.

Can you shed the light on your four-cylinder vehicles?
RF: What we have seen in the last two decades is the strong development of four-cylinder engines. With technological advancements, four-cylinder engines are not your only entry point. With more challenges, they have become more powerful with respect to acceleration or top speed which isn't an issue with them anymore. They are much better than what they were 20 years ago with respect to power, efficiency and emissions. We, at Merc, are making more and more environmentally friendly vehicles with each product lifecycles. All this is with more performance.

Busy year in 2015. We believe that you might match up with your global portfolio by the end of this year. How do you plan to strengthen your position in the market?
RF: In 2015 we introduced 15 new cars. We also had 15 new partners in our dealer network. We are proud of holding the densest network in India in the luxury car market. We basically want to continue in the same path and have a stronger focus in delivering customer orientation and giving more. Case in point being for two years in a row, we have been number one in the JD Power Customer Satisfaction survey. With more new dealers coming on board, we should strengthen our position. This includes 10 more outlets that we will add this year.

Are you planning to get on the motorsport side? Any other activities planned?
RF: In motorsport, whether it's the DTM or F1, we are happy that based on a strong team effort, we are in number one position. The same applies to sales as well. In 2016 everything looks very promising on a worldwide level.

Tesla is a new competition that's entered the market. Does Merc see Tesla as a threat in the Indian market?
RF: I don't see it as a threat. I believe what we see in companies like Tesla is empathy. People see this as the underdog who is challenging the powers that be. I think Tesla is doing an excellent job by promoting electric vehicles and pushing the envelope. We have a line-up of 50 vehicles which are all electric, and we even have a minivan and big van too. But customer response hasn't been encouraging so far. With the various government support, this can be a big push.

In India it's still a challenge and a long way to go.
RF: You have to make sure the electricity is coming from a clean source. Here the power supply isn't optimised as yet. What I have heard is that the government is looking into those issues now. Our experience again from countries in Europe like Denmark and even Norway  has also supported us. All these countries either have sun, wind or water energy. If you can't provide and use fossil fuel for energy, it's not done.

Where is hybrid tech headed to in India and globally?
RF: In every car we offer, there is a hybrid option. We have normal as well as plug-in hybrids, with a range of 50km. It gives you a vehicle that you can drive throughout the week in and out on electric charge only. So we are betting heavily on this. In India at the moment, with Euro 6, hybrid tech can be brought in early.

Merc is at the forefront of autonomous tech. Is there any projected timeline when they will be coming into production?
RF: It's not about the tech. We already have most of the technology readily available in the E-Class in Europe and also have a car that parks itself in and out without any interference from a human. These cars require radar and cameras. The problem is on the legal side and we are working with the government to sort this out at the earliest. An autonomous car is driving and if there is an accident, who is to be blamed, and if there are two autonomous cars involved, who is at fault. First tests cars are being used in the US. German legislation requires the driver to be behind the wheel at all the time. You have to adopt that to this new technology. Insurances will go crazy.

What's the scenario with autonomous tech in India?
RF: The tech side in use and practice is better in the US and Japan as well. There you have stable roads in which the edge is clearly defined with markings. Plus 95 per cent people abide by the law. In South-East Asia and some countries, you are open to interpret how you use these laws. These highly automotive systems have to make decisions in a very short time and that may affect people's lives. This includes children crossing the road, and there is a potential accident if the car is coming down the same road. The car can't stop. The local laws will have to decide this and how do we treat something like this. In Europe, for example, there is a set distance between two vehicles and when that vehicle will stop. Based on this bandwidth, we can move to autonomous driving within days or even hours.

What do you think about vehicle scrappage policy?
RF: Honestly, I haven't seen all of the policy. I have had discussions though about the outcome. The government though has taken the right approach because we need to get these old vehicles off the road. Before we ban newer vehicles with newer tech, it is imperative that the older ones make way. They might be contributing more to the emissions by seven-eight times than the newer ones. This makes a lot of sense. This might also be in-line with what customers want financially from their old cars. I have seen this system work in Italy and the US. This will help improve air quality significantly. 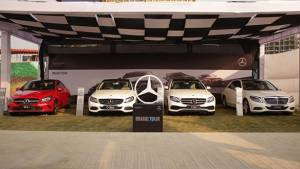 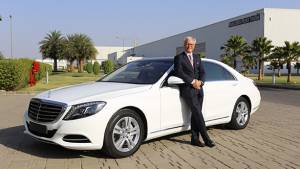 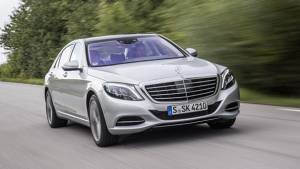