Interview: Akhil Rabindra on his European GT4 campaign in 2019 and his motorsport ambitions

Akhil Rabindra has made rapid progress in the world of international racing over the past couple of years. In 2014, Rabindra was nominated by the FMSCI to represent India at the FIA Young Driver Academy, where he went on to win a place for Asia-Pacific region. After racing single-seaters for a couple of years, Rabindra made the switch to GT racing. In 2017, he became part of the McLaren GT Driver Academy. And this year, he has landed a spot with the Aston Martin Racing Driver Academy, and is competing in the European GT4 series as well as the 24H European Series. He spoke to us about his beginnings in motorsport, his 2019 season, and where he hopes racing will take him in the future. 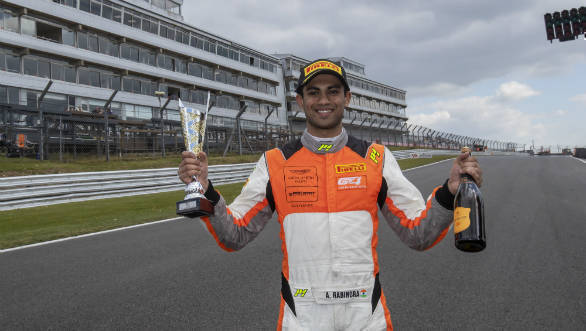 On his beginnings in motorsport:
AKHIL RABINDRA: I started racing when I was around 12 or 13 years old. I'm from Bangalore, and in my free time then I'd go along with my dad and drive rental go-karts at one of the tracks there. It began only as a way to pass time, but I started doing reasonably well. After doing this for a couple of years, I was encouraged to try my hand at some professional karting. It was quite a big decision because I was not from a racing family. But I did love cars and the sensation of speed. My first year of professional karting was in the 2011 JK Tyre MMS Rotax Max National Rookie Championship, which I won. With this win, I got to take part in the National championship for the year after where I finished second. By 2012, I had turned 16, which allowed me to get a racing license. In my first season as a full-fledged racer, I raced in the LGB Formula-Swift. Alongside this, I also raced in the Etios Championship, where I finished second at the end of the season. By 2013, I had graduated to the JK Tyre Formula BMW series. In my first season here I ended fourth but improved the next year to finish second.

On his beginnings in international motorsport:
AR: Once I completed my 12th standard In India, I wanted to go abroad to study as well as race. My choice of subject for graduation was sports management. The UK had quite a few good universities offering this, and it also has very good opportunities for young racers. So that country seemed like the best option. My first international season was in 2015 with the BRDC Formula 4 Championship, the next year I graduated to Formula 3. 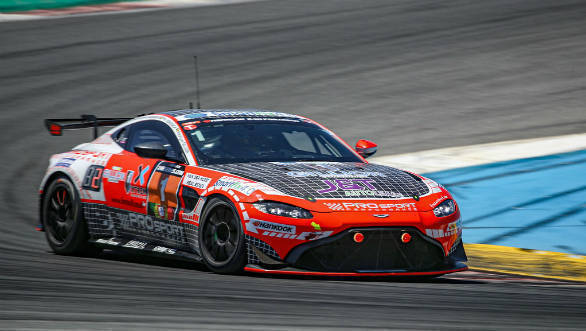 On the transition from single-seater racing to GT racing:
AR: Once I'd done a few seasons of single-seater racing, I found competing in this format quite challenging. Racing here needs a lot of resources, both in terms of finances and time, and I wasn't in a position to afford this. Also, the chances of reaching F1 are very slim, you only have 20 seats and hundreds of eligible drivers. Conversely, GT Racing is very different. It's easier to break into because you have anywhere between 10 to 15 manufacturers competing. There's also more racing happening in this discipline worldwide. Further, there's a clearer path to the top. I'm an academy driver now, the next step is a junior driver and then a factory driver. If I can make the right moves, I can hope to get paid and also eventually earn money. 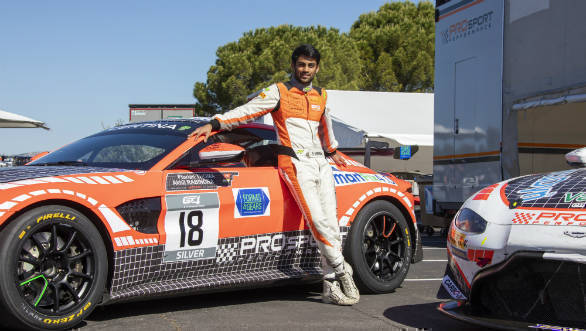 On racing in both the European GT4 Championship and the 24H Series in 2019:
AR: The preparations on a large scale are more-or-less the same. There's strong pre-season testing and you try and get as much time as possible in a simulator. The racing itself is quite different though. Sprint racing is a lot more intense, you need to be focussed. Personally, I have more experience in this format but you constantly need to be on the ball because of how competitive it is. There are more than 35 cars on the grid at the same time so anything can happen. You don't win endurance races in the first lap, on the other hand. Your style of driving changes quite a bit too, but both are equally competitive. Endurance racing needs more strategy. Another big factor is the Balance of Performance. These regulations are meant to equalise cars' performances and this can sometimes not go your way. So you need to be fast and not make mistakes. I'd take both because I enjoy racing in both formats. As I mentioned, it's only a different type of racing. But endurance racing is more demanding physically, it's much more of a team effort. 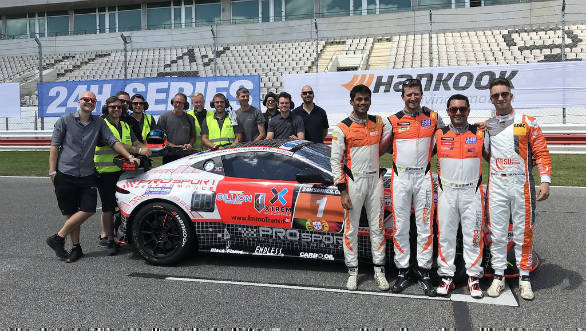 On his relationship with Prosport Performance
AR: I met team manager Steve Buschmann earlier in the year, around January-end. In my discussions with them, I found that they had clear goals as did Aston Martin Racing (AMR). I also wanted to be on the Aston Martin Academy and win in GT4. The outfit also had a good car and support crew. On his 2019 season and his goals for the year:
AR: The season is going well, although some races could have been better. A few mistakes were made both by myself and others on the grid. Having said that, we've done well to fight back and be where we are now. Also, some instances were not in our control, like the BoP regulations which were unfavourable to our car. In spite of all this, we've kept up the momentum, there are two more rounds of the GT4 still to go and the top three spots are still up for grabs. 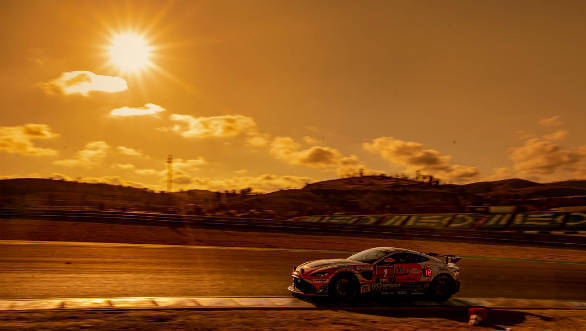 On his place for 2020 and his future with the Aston Martin Academy:
AR: The AM Academy came around in 2018. The idea was to develop budding GT drivers. They got quite a good response and over 100 drivers applied. Aston Martin Racing called in a select few for assessment, out of which 33 were selected for more grooming. Luckily, I'm the only Indian to have made it through. We were trained in driving, fitness, our social media skills and even how we present ourselves in interviews. The Academy will select one of us to be a junior driver next year. My current aim is to be that driver.