It's taken close to 6 years, but I was finally sitting atop a race-prepped TVS RTR 200 4V in the pits at the Buddh International Circuit surrounded by 19 other RTR 200s. I've never raced at a racetrack before and I'm not sure of what to expect. Forget racing, I've not even been to a track school yet and I'm lined up next to guys who have been racing for a while. The least experienced of the lots has one full season on this same motorcycle under his belt. Was I nervous? Damn right, I was. 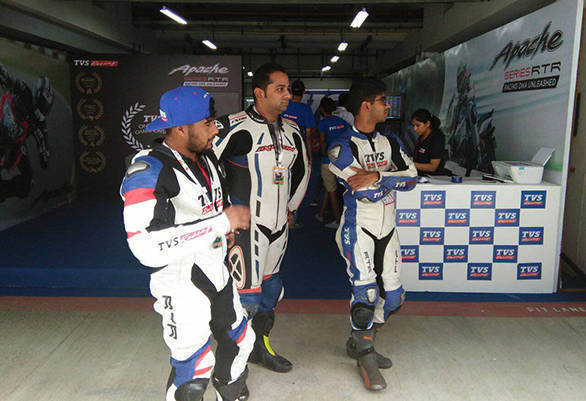 The first few laps of the first free practice session was me getting used to the motorcycle. Once I got a bit comfortable, I started to push. Still running in the stock Pirelli Sport Demon/Angel GT combo, the front tyre still feels a bit lacking in traction compared to the rear. But I could slowly start going faster, leaning more and braking later. I even managed to overtake a few people. But problem areas were T3, T4 and the parabola. Whatever time I managed to make, thanks to the weight advantage on the back straight, I was losing around corners. Best FP1 time? 3min 00.107sec. Best lap of the session? 2min 51.416sec by Vivek Pillai. Hey, at least I was 12th and not last. FP2 went a bit better. I realised that T1, T3 and T4 didn't need to be entered wide. I also realised that the key with the two apex parabola was to stay as wide as possible, chuck the bike into the first apex, then go wide again and apex late to get good pace out. I could feel that I was going faster than before. Some more overtakes then.

By the time the chequered flag came out, I had clocked 2min 53.889sec. But there was a problem. I wasn't the only person who got faster. The rest of the grid did too. The fastest time had gone up to 2min 47.659sec by T Ramakrishnan. The entire thing meant I was still stuck in 12th place.

Next up is qualifying. The aim is to better my pace and find some more consistency in the lines. I think I can find a few more seconds here and there to shave off if I brake a bit later and turn in more aggressively. Let's wait and see.

Save me a spot: Day 2 of the TVS One Make Championship

Pinning it: Day 3 of the TVS One Make Championship 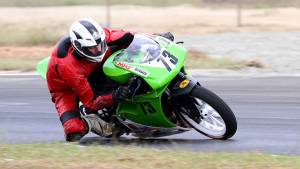 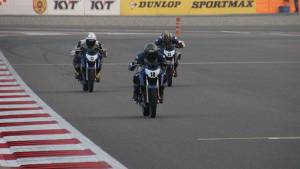 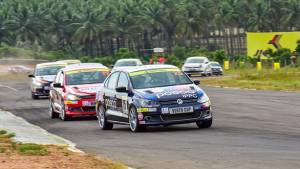 How much money does it take to go racing in...
Advertisement