Motorcycles challenge many of our built-in instincts and reactions. Imagine brushing your teeth in the morning while worrying that the toothbrush was trying to kill you, or that the paste will melt your gums as a constant. Motorcycles are vastly more pleasant and vital than brushing your teeth, calm down dentists, but they do provoke our fight or flight responses, our survival instincts almost all of the time. The result is that you start getting wound up like a spring and it's hard to ride well when you're that kind of tense.

But being tense also causes other problems. First, it means your brain is in a frantic state. That will usually reduce its ability to perceive, interpret and make good decisions. Its the difference between reading all of the reports before you make a presentation with a solution to a business problem versus skimming them and rushing to complete the slides. Except that a bad decision could injure or kill you on the bike. 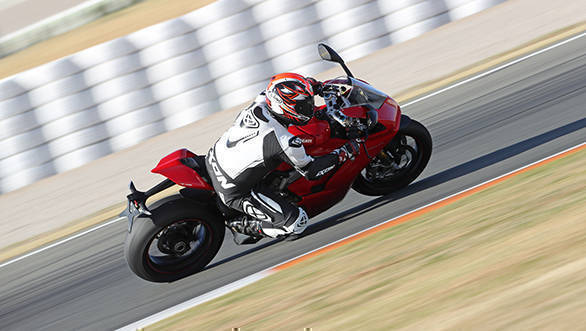 Your brain takes common activities and 'caches' them to ensure faster and automatic access to those skills...

Second, as you tense up mentally, you also become rigid on the bike and that interferes with the motorcycle's engineered ability to move around a bit and absorb imperfections and keep the line you chose. Rigid riders also find modulating throttle and brakes more challenging and that makes the riding more choppy and more energy-consuming. You'll finish the ride feeling more tired.
But this is fixable. You brush your teeth so often, for example, that your brain takes all the knowledge it needs for this and caches it in a quick-access part of your memory. It does this for all common and repeated tasks. You don't actively think about brushing when you're standing at the sink. Your brain is free to wander, right?

Similarly, for a violin maestro, this could be the skills s/he needs to play, for example. That's why they can be playing the most complex piece and have the space to appreciate another musician's skill during a performance.

This 'cache' part of the brain works faster and it makes you feel like know what needs to happen next - in control and confident. The way to get your brain to do this for your riding skills is to ride. The more often you ride, the more you're prompting the brain to pick up the skills and thoughts and move them to the faster access cache. In time, it will feel easier to make the right decisions. Of course, like many biological things, when you stop riding, the brain will also de-cache so if you're starting out after a break, remember that your brain has re-organised its cache and riding may not be on its agenda immediately so take it slowly.

Riding a lot also allows your body to tune its muscles for riding. That's the reason why the motorcycle racers spend so much time on bikes even outside of the actual racing. They do go to the gym and all that. But its saddle-time that tunes their bodies to operate at their most efficient in the race. In the same way, people who tour a lot will find their bodies are happier ten hours into a long slog than people who don't. It's not the energy drink, it's the conditioning by use.

A bike-fit body and a brain that's thinking subconsciously about riding rather than consciously will consume far less energy and allow you to ride faster, safer as well as longer.

Are you relaxed on the bike? Check your shoulders and elbows. If you're tensing up, these will be the first to go stiff. Since a large part of the tensing up comes from your perception of risk, the way to tackle it is to slow down your sense of speed so the brain gains back time to perceive and decide. The easy way is to go just a little bit slower until you feel at ease. The harder way is to look up and look farther so that your brain thinks you're going more slowly than before.

How important is it? When we're teaching at the TWO School by Indimotard and OVERDRIVE, no matter what the skill the students are practicing, instructors will immediately hone in on people who're looking tense on the bike. They're the ones most likely to be in trouble shortly and need help. 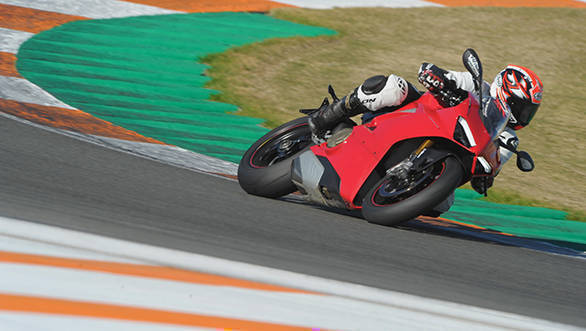 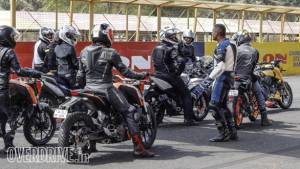