Honda 2 Wheelers India recently added the CB350RS to its portfolio, which is built on the same platform as the CB350 H'ness. The Japanese two-wheeler major had already ramped up its production capacity to meet the growing demand for the CB350, Honda is also working on increasing its reach with more Big Wing dealerships across the country. The company has confirmed that by the end of March 2021, there will be 50 touchpoints in the Big Wing network. Coming to the Honda CB350RS, deliveries have been confirmed to commence from the first week of March while the dealerships across the country have already started accepting bookings for the CB350RS. The RS, with its pricing, has been positioned above the CB350 H'ness. But what makes the two motorcycles differ from each other? We elaborate

This is the main area of difference between the two motorcycles. While the CB350 H'ness gets a more relaxed theme, as it is meant to be a modern classic, the CB350RS gets sportier design elements to classify it as a retro roadster. Though the difference isn't as start as the Royal Enfield GT 650 and the Interceptor 650, it does have its set of tweaks. The LED headlight is identical but the RS gets a beefed-up surround. There are fork sleeves as standard on the RS, while the fenders have been redesigned and have been made lighter as they are made of fibre and not metal. Similarly, the side panels have been redesigned that now use fibre. 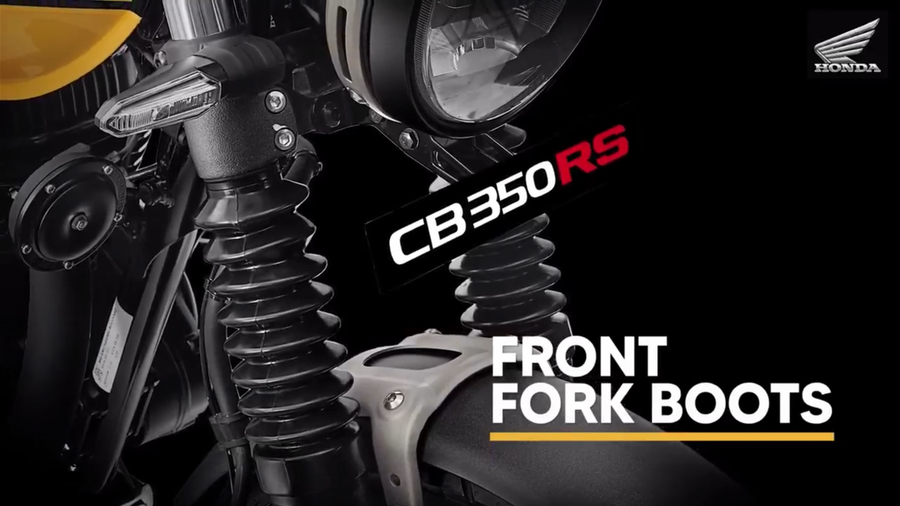 The RS also gets a toe-shifter as compared to heel and toe on the H'ness. There's an addition of a bash plate that acts as an engine protector while the exhaust is up swung and has an all-black paint scheme. It is a tad longer as well, also features a heat shield on it. The rear of the RS has received maximum attention, with a cleaner layout, sleek LED tail light neatly tucked under the seat. What has also changed are the tyres, that now feature block pattern. Also, the rear is smaller and wider than the H'ness. For that engaging experience, the footpegs are a tad taller and rear set while the handlebar is shorter and lower on the RS as compared to the H'ness. With all the changes, the RS is 2kg lighter than the H'ness and has a 2mm additional ground clearance. Also, the RS is available in 2 paint schemes - solid red and dual-tone yellow black. Our pick is obviously the latter. 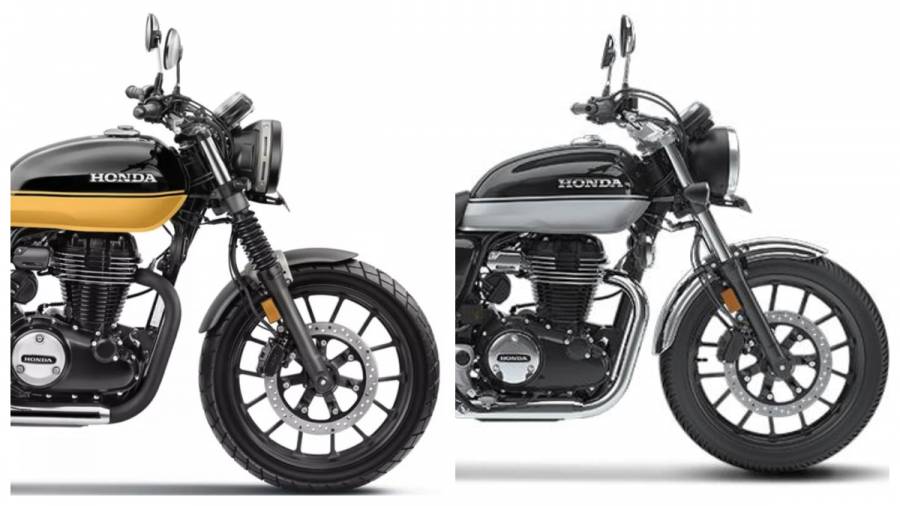 The Honda CB350RS retains the traction control and dual-channel ABS from the H'ness but then misses out on the Bluetooth connectivity, voice assist and USB charging. While we weren't a big fan of the USB charging sticking out from the cluster, it was a useful addition for sure. With these features skipped on the CB350RS, the rider will have to resort to aftermarket options for the same. Surprisingly, the RS has been priced over the H'ness by a good margin. 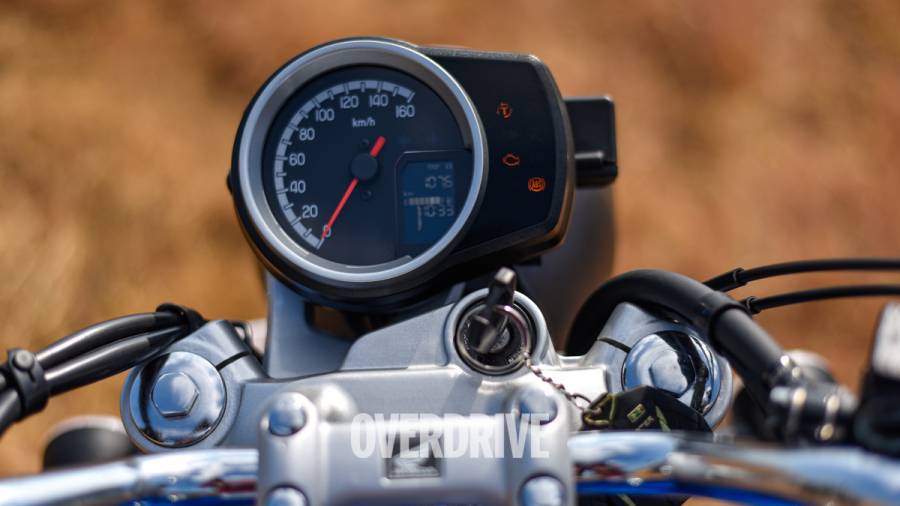 The image here is that of the Honda CB350 H'ness. Notice the USB charging slot on the right. That has been given a miss on the RS

The air-cooled single-cylinder 350cc engine has been retained in the same state of tune as seen on the H'ness. This unit makes 21PS of power and generates 30Nm of torque, clubbed with slip and assist clutch. In terms of performance, this engine is a smooth performer with negligible vibrations, thanks to the presence of counterbalance in the engine. The gearbox too is one of the smoothest units in the business. Though, we really wished Honda could have made the RS make more power to justify the RS tag. 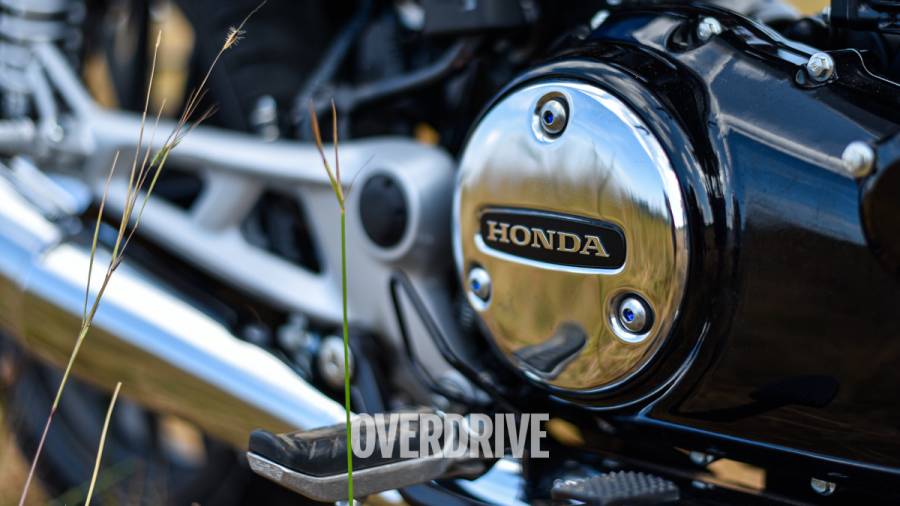 Unlike the H'ness, which's available in two variants DLX and DLX Pro depending on the features, the Honda CB350RS is available only as a single variant with a choice between colour options as mentioned above. The price difference between these two colour options is close to Rs. 3,000 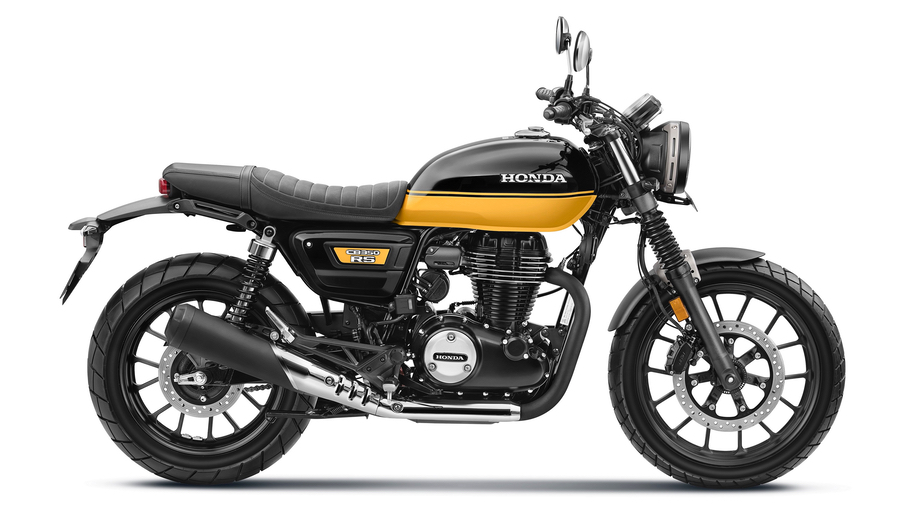